The US must work on its economic relationship with China

Donald Trump and Chinese president Xi Jinping have now completed their first summit. Observers on both sides seem to be relieved. If no diplomatic breakthroughs on major issues were achieved, it is also the case that there were no outward displays of truculence from either side. Neither high hopes nor great fears have been realised.

This leaves the question of where economic relations between the United States and China are going and where the US should want to take them. As important as the resolution of any specific issue is the definition of the challenges, which will be the focus of economic diplomacy henceforth. Having recently returned from China, where I had a chance to participate in a major economic forum and meet a number of senior officials, I have become convinced that the issues that preoccupy many Americans are either invalid or of secondary importance and the most important economic challenge posed by China is receiving far less attention than it deserves.

Discussions by the US of alleged currency manipulation by China are in the economic realm what discussions of changing the “One China” policy are in the geopolitical realm — unconstructive at best and possibly dangerous. While there is a case for the proposition that China manipulated its currency in an unreasonable way during the decade after 2005, by no stretch of any imagination is China today manipulating the renminbi downward for competitive advantage. In terms of the volumes of reserves expended and the extent of capital controls imposed, few countries in recent years have done as much to try to prop up their currency as has China.

More broadly, America’s economic future is shaped much more by policy choices made in Washington than in Beijing. To the extent that China trade has caused disruption in the US, it is the result of China’s remarkable growth and increase in capacity to produce, not unfair trade policies. 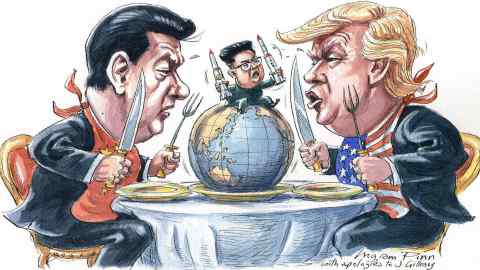 So a commercial focus on China’s trade deficit with the US is largely misguided. Yes, China subsidises various exports to the rest of the world in a number of ways. But if the US succeeds in stopping the subsidies or blocking the subsidised products, the results will be to shift production to Vietnam and other low-wage countries rather than to create good jobs in the US. Likewise, a reduction in Chinese trade barriers to products produced by American companies will indeed help these companies, but only a small part of the extra production will take place in the US. American firms have valid complaints about requirements that they share intellectual property with Chinese partners when they invest in China, but if they were resolved the result would likely be more outsourcing of production to China, not less.

If currency issues are invalid and commercial diplomacy is unlikely to have much positive effect on the US economy, what should be the focus of US economic policy with respect to China?

It is difficult to overestimate the extent to which China is seeking to project soft power around the world by economic means. Mr Xi’s speech in Davos in January quoting Abraham Lincoln and laying out a Chinese vision for the global economic system at a time when the US is turning inward was the rhetorical edge of a concerted strategy.

Of course there is Mr Xi’s “One Belt, One Road” initiative, which envisions infrastructure investment and foreign aid to connect China and Europe. In a little noticed development, the Asian Infrastructure Investment Bank, a Chinese-sponsored competitor to the World Bank, has announced that it will invest all over the world. Already Chinese investment in Latin America and Africa significantly exceeds that by the US, World Bank and the relevant regional development banks. And China will soon be the leading exporter of clean energy technologies.

This investment will over time secure access to raw materials, allow Chinese companies to gain economies of scale, and help China to win friends. The US has chosen not to join the AIIB and to act as the dragging anchor on the financial scale of the Bretton Woods institutions, and to undermine rather than lead global co-operation on climate change and to sharply cut back foreign aid. In doing so, it is accelerating a perhaps invevitable loss of its pre-eminence in the global competition for prestige and influence.

The objectives of global economic co-operation and the respective roles of the US and China would be subject of a truly strategic economic dialogue. It is very important that such a dialogue start soon, but this will require the US to focus less on specific near-term business interests and more on what historians will remember a century from now.

Explore the series
READ MORE
The challenges of a disembodied economy 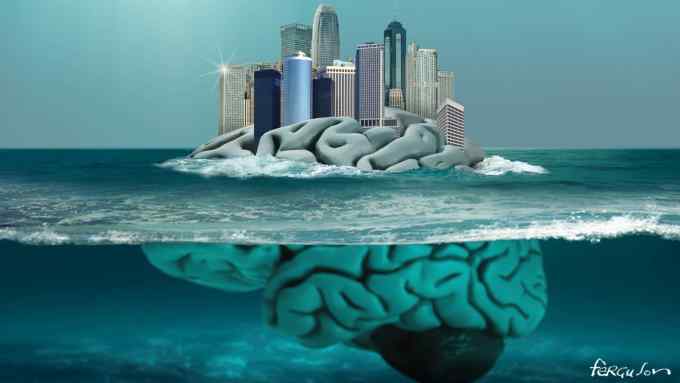 Ten years after the financial crisis, confidence is shaken in the policy and thinking of the central bankers who became the new masters of the universe. Are their models broken? Catch up on the year’s comment and analysis