Law firms are placing secretaries and support staff on furlough but cutting or freezing lawyers’ pay instead of accepting state support as the coronavirus pandemic threatens earnings.

A number of UK and European firms including Pinsent Masons, Dentons and Gateley have used government job retention schemes to pay workers. In the UK, the state will fund 80 per cent of a wage, with a cap of £2,500 a month. However, most firms have limited their use to staff who are not lawyers, with only a few firms furloughing fee-earners.

Lawyers at the top firms are worried about the reputational risk of relying on state support to cover the wages of highly paid associates, and about the potential backlash if they are seen to lean on the scheme to keep profits high rather than because of urgent need.

The size of lawyers’ salaries also means the UK furlough scheme would not go far. Even the most junior lawyers at top City of London firms such as Allen & Overy and Linklaters earn more than £100,000 a year.

Business that can keep going . . . should not be accessing funds for businesses that absolutely cannot

Edward Braham, senior partner at Freshfields Bruckhaus Deringer, says: “Philosophically, I think it’s very hard to be taking money which is geared to hardship funds if you haven’t got a hardship problem. You should only be using these schemes if you have a real need.

Freshfields, which handed £1.8m on average to each of its equity partners in 2019, is holding back its next quarterly dividend. It is one of many firms suspending partner payouts or cutting salaries.

Linklaters has also cancelled its next quarterly partner distribution, while Ashurst cut monthly drawings to partners by 20 per cent in April. Norton Rose Fulbright has asked lawyers to volunteer to work four days a week for a reduced salary when they are less busy.

“The smaller the firm, the greater the amount of furloughing that is taking place. As firms get larger they are likely more concerned about the reputational impacts,” says Giles Murphy, head of professional practices at wealth manager Smith & Williamson. “It is analogous to the Premier League football clubs taking money and deemed to be using that to protect their highest-paid staff.”

The race to cut costs

In April the Big Four accounting firms met to discuss their fears of negative publicity if they resorted to state help. Both law firms and accountants tend to operate with thin cash buffers because they disburse so much of their profits and are facing a drop-off in work as a result of the pandemic, forcing a hunt for cash-saving measures.

UK law firms have used the government furlough for staff such as secretaries and business support workers, but have opted to pull other levers to manage the cost base of their lawyers.

Gowling WLG, Pinsent Masons and European firm Dentons have all placed some staff on the furlough scheme. Dentons has put more than 100 of its staff, including 50 employees in business services and 65 secretaries, on leave, and says those affected will be rotated.

Some have placed lawyers on the scheme, however, including Gateley, which has furloughed a group of its incoming trainees.

According to an April survey by accountancy firm Saffery Champness and the Institute of Legal Finance and Management of more than 200 UK law firms, 77 per cent had told staff they would be furloughed.

Although most of the firms surveyed had reduced partner drawings or were considering doing so, 22 per cent had not made any plans to cut payouts for their most senior staff.

James Davies, employment partner at Lewis Silkin, which advises partnerships, says: “City lawyers tend to earn a lot more than the maximum furlough payment so the economics don’t stand up generally. But furloughing HR people is a challenging decision because they are needed as much as ever with the challenges that come with people working remotely.”

In the US, the nature of the government’s furlough scheme and looser employment legislation laws meant law firms moved faster than their UK peers to cut pay.

The Coronavirus Aid, Relief and Economic Security Act extends cash to small US businesses with fewer than 500 employees to cover payroll among other things. However, the eligibility rules bar many firms, and the money is a loan rather than the UK’s grant system.

It has been common for US businesses to cut pay across the board, for both junior and senior lawyers — a move that is easier under US labour laws than in Europe.

“American employees are hired ‘at will’ and it’s more of a ‘hire ’em and fire ’em’ culture,” notes Mr Davies.

So far a number of US firms including Cadwalader Wickersham & Taft, Reed Smith and Bryan Cave Leighton Paisner have cut lawyer salaries to stave off financial woe, with UK firms following hot on their heels.

“In the UK, workers have to agree [to pay cuts] due to employee protection rights, but generally people are recognising the urgency and the financial pressure,” says Mr Davies. “We are seeing associate and fee-earner pay cuts of 20 per cent in the UK too, or lawyers being put on a four-day week where they get 80 per cent of their pay for 80 per cent commitments.” 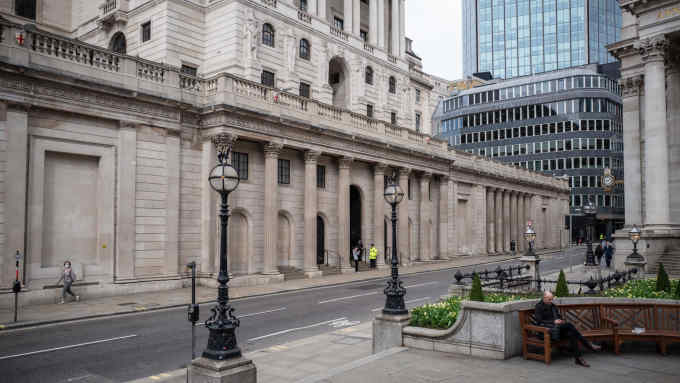