Do not let homeworking become digital piecework for the poor

Low rates of pay, opacity and powerlessness built into crowd-work platforms should be policed
Sarah O'Connor

A spare shilling in your pocket in May 1906 would have got you into London’s hit attraction that season: an exhibition hall filled with haggard “homeworkers” bent over their trades. Placards next to each person explained to onlookers their hours, their pay and a few biographical details. No 15, for instance, made bonnets to support herself and “two weakly children” after she “lost her husband in a very tragical manner”.

The exhibition was organised to highlight the plight of “sweated workers”: factories would subdivide work and parcel it out via middlemen to people (often women) working at home for miserly piece rates.

Working from home is no longer usually associated with poverty and desperation. In fact, as this year’s pandemic has underlined, to “WFH” in 2020 is a privilege confined mostly to the well paid. European data suggests three-quarters of jobs in the highest-paying quintile can be done remotely, compared with just 3 per cent of those in the lowest quintile. But there is a seemingly futuristic way to earn money from home without a professional job. It’s called crowd-work and people are flocking to it because of Covid-19. Strip away the 21st-century gloss, and it wouldn’t look out of place in that exhibition hall.

Crowd-work platforms enable companies to split virtual jobs into small tasks, then offer them to home workers to complete anywhere in the world. Like Uber drivers and other gig economy participants, crowd-workers are classed as independent contractors and paid by the task. But they are virtually invisible and no one knows how many there are.

Janey, from a small former mining town in the US, became a crowd-worker after the father of their three children died of an opioid overdose. “If I work 12 to 16 hours a day, I’ll make maybe $5 an hour,” she said in an interview in a research paper by Veena Dubal, a professor at the University of California Hastings law school.

Janey works on the crowd-work site Amazon Mechanical Turk, where there is no minimum wage and many “requesters” only pay a cent or two per task. “There are so many of us now and fewer quality jobs. Sometimes I wake up in the middle of the night just to see if I can grab some good requests.” The “good requests” are only available to workers who have completed a vast number of tasks already and who maintain a high acceptance rate. If your work is rejected (fairly or unfairly), you don’t get paid.

Researchers in 2017 recorded 2,676 workers performing 3.8m tasks on AMT, and found the median hourly wage was $2 an hour. Only 4 per cent earned more than $7.25 an hour. The competition is global: workers in the US earn $3.01 per hour on average, while those in India earn $1.41. Prolific, a UK-based crowd-work platform for surveys and market research, imposes an hourly pay floor by calculating the average time it takes workers to complete each task. But while the UK’s legal minimum wage for over-25s is £8.72 an hour, Prolific’s is £5 an hour.

Why do people do it? Just as with the homeworkers at the turn of the 20th century, some dabble for pocket money to fill their spare hours, while others depend on it because they live in an employment black spot, have disabilities, want to stay at home with their children or cannot afford childcare.

In 2020, the pandemic has created the perfect conditions for huge growth in crowd-work: there is mass unemployment, a shortage of childcare and a higher risk of dying from Covid-19 if you do a more traditional low-paid job such as social care. “You deserve to be safe too,” urged a recent advert for Arise, a virtual call centre platform where people have to pay for their own equipment and training and can then work from home.

As historian Helen McCarthy details in her book Double Lives, some Edwardian reformists wanted to drive homework into factories and “set [women] free for domestic duties”. In the US, some types of homework were banned altogether. Patronising paternalism would be the wrong response today. People are choosing to work on these platforms because they want, or need, to work from home. If only the rich are to be allowed that privilege, it will open another faultline in a divided society.

But that doesn’t mean the opportunistically low rates of pay, opacity and powerlessness built into these platforms should be allowed to continue unchecked. Improvements will require regulation, unionisation and, in countries like the US, a better social safety net so people are less desperate. German crowd-workers rely less on the platforms than US ones, a difference researchers attribute to Germany’s superior social protections. In July this year, one in five Americans with children at home couldn’t afford to feed them enough, according to census data.

For many, working from home now feels like the future. But if we aren’t careful, for some it will mean a return to the past — one that our forebears fought hard to leave behind. 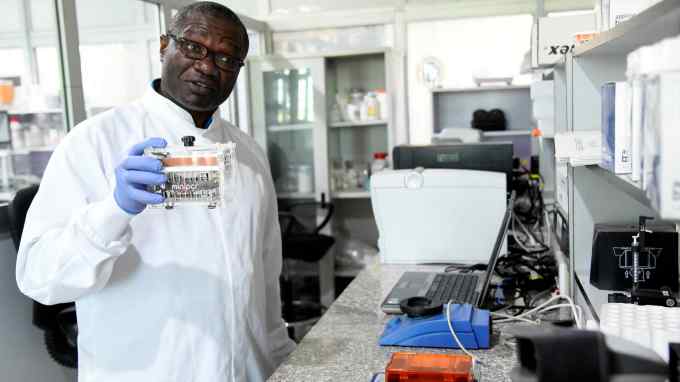