Should you lie about your age on your CV?

For older workers looking for their next job, it’s a temptation: should you lie about your age on your CV?

The Oxford English Dictionary defines a curriculum vitae as a “brief account of one’s career”. In the interests of brevity, therefore, might it not be legitimate to omit not only your career low points, but also the inconvenient dates that reveal your age?

This feels less like a lie, and more like a case of being “economical with the truth”, as Sir Robert Armstrong put it at the Spycatcher trial.

The bald fact is that age discrimination exists for anyone over the age of 50. Last year, the San Francisco Federal Reserve Bank tested employers’ attitudes to age by submitting 40,000 fake resumes. These were identical apart for the age and gender of the job applicants. The research showed that the response rate went down as the age of the jobseeker went up — and it was worse for women than for men. The oldest group of female applicants — those aged 64-66 applying for administrative roles — got a callback rate of just 7.6 per cent, while younger applicants received a response twice as often.

Many experts put this down to “unconscious bias”. Older workers may therefore hope that if they are vague about their age and manage to secure an interview, they will be judged more fairly in person.

A YouGov survey last year revealed that 3 per cent of British workers admitted having misrepresented their age in their CVs. I am only surprised it is not higher.

Video: FT Next Act: getting creative with résumés and mortgages

In theory, age discrimination is against the law and employers are encouraged to employ older workers. In practice, you do not need to put your age on your CV, and employers should not ask your age under the Equality Act 2010. However, it is harder to be vague about dates of employment and when qualifications were obtained.

Regardless, recruiters say that CVs are less relevant in today’s jobs market. Many roles involve online applications and recruiters often use networking websites such as LinkedIn to ask people they trust for recommendations. Many companies pay employees bonuses for recommending successful candidates for jobs because they are likely to know which of their personal competitors are good.

Regardless of your age, if you are applying for any job, you must make sure your LinkedIn profile is up to date and that any recommendations come from associates who are willing to confirm your specific skills and experience.

CVs should be tailored to each job application, highlighting specific qualities and experience that match the job specification. TV reality-show clichés such as “self-starter” and “go-getter” should be avoided.

You need to be able to say what results you have achieved, what you can bring to the new company and talk about your career goals. If you doubled sales, built an effective team, or developed a strategy for any of your former employers, this is useful information. Recruiters need to know whether you have experience of managing a team, how you fit into your current organisation and an idea of the number of people you worked with to get a sense of the scale of your achievements.

When looking for candidates through online job databases, recruiters will often search for specific keywords, job titles and skills to create a shortlist, so it is crucial to make sure you use the correct ones. You need to research the company and the role that needs filling so that you can include relevant information on your CV.

According to the charity Business in the Community, many companies need “unconscious bias training for recruiters”. At the same time, older workers pushed out of their jobs in their 50s need to up their game when making job applications.

They can learn from the BITC website, age.bitc.org.uk, and target companies that have made public statements about wanting to recruit the best possible people, regardless of age. They should also look for companies that offer “return-ships” for people who have been out of the workplace for a period of time, or open up apprenticeships to older workers.

Next Act
The big questions to ask before you retire 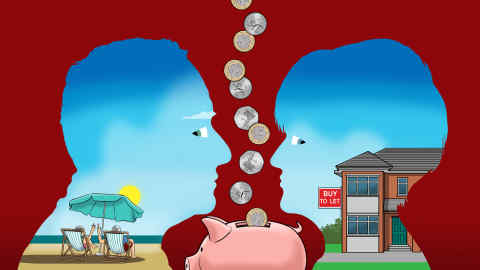 The pressure group Age Action Alliance has produced an interactive employer toolkit containing guidance for managers on how to retain, retrain and recruit older workers — and lots of statistics showing why they are better. Here is one gem: “Compared to their younger counterparts, employers said workers aged 50 or over were more (21 per cent) or equally (68 per cent) productive.”

Another plus point is that recruitment may be less expensive when workers over 50 are taken on. According to the UK’s Chartered Institute of Personnel Development, over 50s are five times less likely to change jobs than to 20-24-year-olds, reducing ongoing recruitment and training costs.

Anita Hoffmann, the executive search specialist and author of Purpose and Impact: How Executives are Creating Meaningful Second Careers, has worked with many older executives. She tells clients there is no need “put in everything” on their LinkedIn profile, although they should do so on their formal CV.

“Some people only include the last two jobs, others include a lot more,” she says. “You can take away the dates from your education and other early dates and sum up your career by stating I have over 30 years’ experience,” she adds.

In many cases, Ms Hoffmann says those applying for non-executive roles will be asked to produce a short “biography” on a single sheet of A4 summing up what they can bring to the role.

“LinkedIn recommendations can also be useful, but too many just look contrived. A couple of recommendations will give a snapshot of who you have worked with and at what level. You can always slim them down if you have too many”.

Josepha Dias, executive search partner at Marsh and McLennan, advises senior executives to invest in their personal network. When moving from one job to another, it pays to keep in touch with former bosses. “You never know when they can put a word out there for you,” she says.

For people over 50 preparing a CV, Ms Dias says the biggest mistake is to put a date of birth on the document. “They don’t have to say when they graduated either,” she advises. “The hirer wants to see their experience and will want to concentrate on the last 12 to 15 years. The earlier years can be condensed in a paragraph.”

Max Landsberg, director of the senior partners office at McKinsey, says many people see their CV as a description of their career when it should be a document that markets you for a specific role.

“While nobody has unique skills, they will have a unique combination and the CV should point out the benefits of what you have done,” he says.

Finally, one detail that can really influence a recruiter is if you have been recruited to your current job by your boss from a previous job. “It means they liked working with you and know what you can do. It is a strong recommendation,” Mr Landsberg added.

Lindsay Cook is co-founder of consumer website MoneyFightClub.com and co-author of “Money Fight Club: Saving Money One Punch at a Time”, published by Harriman House. If you have a problem for the Money Mentor to look into, email money.mentor@ft.com