Education must transform to make people ready for AI

Schools will need to teach know-how, not know-what

We’ll send you a myFT Daily Digest email rounding up the latest Disrupters news every morning.

A recent study by Oxford university estimates that nearly half of all jobs in the US are at risk from automation and computers in the next 20 years. While advancing technologies have been endangering jobs since the start of the Industrial Revolution, this time it is not just manual posts: artificial intelligence — the so-called fourth industrial revolution — promises to change the shape of professional work as well.

For instance, lawtech is already proving adept at sorting and analysing legal documents far faster and more cheaply than junior lawyers can. Similarly, routine tasks in accounting are succumbing to AI at the expense of more junior staff.

This change is an opportunity to create new and better jobs. Paul Drechsler, who is president and chair of respectively the CBI employers’ organisation and Teach First, which recruits high-achievers into teaching, is enthusiastic about the future: “The fourth industrial revolution is the best opportunity that this country has had for decades to leapfrog” in terms of productivity and competitiveness. But he cautions that “the change is happening must faster than the education system”.

The next generation will need a new set of skills to survive, let alone thrive, in an AI world. Literacy, numeracy, science and languages are all important, but they share one thing in common: computers are going to be far better than humans at processing these forms of explicit knowledge.

The risk is that the education system will be churning out humans who are no more than second-rate computers, so if the focus of education continues to be on transferring explicit knowledge across the generations, we will be in trouble.

The AI challenge is not just about educating more AI and computer experts, although that is important. It is also about building skills that AI cannot emulate. These are essential human skills such as teamwork, leadership, listening, staying positive, dealing with people and managing crises and conflict.

The employability skills gap is already large, and AI will only make it larger. A McKinsey survey found that 40 per cent of employers cited lack of skills to explain entry-level vacancies in their companies. Sixty per cent said that even graduates were not ready for the world of work.

The scale of the current response in the UK does not match the challenge. University technical colleges, the brainchild of former education secretary Lord Baker, explicitly address employability, with a focus on developing engineers, technicians and scientists of the future. In the last academic year, just 1,955 18-year olds graduated from these schools; compared to the 770,000 18-year olds in the UK, that is a drop in the ocean.

In a similar vein, “studio schools” started in 2010 with the intent of blending vocational and academic education with work experience. Of the 50 schools started, 16 have already announced plans to close. Both models are sufficiently different from traditional provision that they struggle to gain acceptance.

The required revolution is unlikely to come from creating schools outside the mainstream. It will have to come from within, supporting all pupils, not just those who want a technical career.

Enabling Enterprise, a charity backed by employers including bank UBS, consultants PwC and supermarket Waitrose, aims to embed employability skills into the curriculum from the earliest years. For instance, five-year olds can learn teamwork with simple routines based on sharing and taking turns. Although the charity says its results look promising, it has reached just 275 schools so far.

Evaluation and league tables are a barrier to success — you get what you measure in education as much as you do in business. The schools accountability framework keeps changing, but is always some variation on measuring how well schools transfer know-what skills, especially English and maths. The Progress 8 framework, which assesses student progress in eight subjects, has no direct measure of employability skills.

Tom Ravenscroft, chief executive of Enabling Enterprise, challenges this approach: “We are doubling down on the idea that if we get children to know things and regurgitate them in a certain way in an exam, then we are setting them up for success in life.”

Success depends on equipping the next generation with human skills that even AI cannot emulate: creativity, innovation, resilience, dealing with conflict, ambiguity and uncertainty. We are not ready for this. We have not even started to get ready.

Jo Owen is a leadership author, speaker and social entrepreneur. He is a founder of eight charities, including Teach First 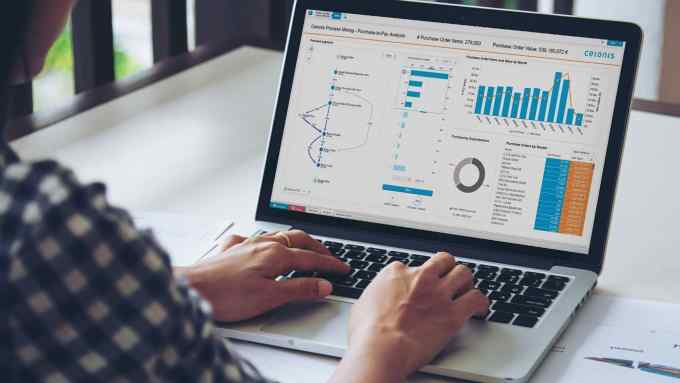