Even one investor can have ‘massive effect’ on prices, Bitfury chief tells House hearing
Gary Silverman 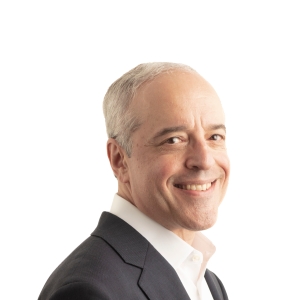 The first weekend in December was no fun for cryptocurrency investors. As Friday night gave way to Saturday morning on Wall Street, prices of the leading tokens plunged, with bitcoin losing about a fifth of its value.

Exactly who was selling remains a mystery, but a tantalising clue has been dropped by one of the more plugged-in people in the digital asset world: Brian Brooks. A top banking regulator under Donald Trump, he has served as chief legal officer of one crypto exchange, Coinbase, and briefly as chief executive of another, Binance US, and now heads bitcoin miner Bitfury.

Appearing at a hearing of the House of Representatives Financial Services Committee on Wednesday, Brooks raised the possibility that the crypto rout could have involved as few as one or two big players trying to unload large leveraged positions in a 24/7 market that stays open when most people are trying to get some sleep.

He offered the suggestion when asked by Al Green, a Texas Democrat, whether he thought recent episodes of “extreme volatility” in the crypto markets were a sign that something was going wrong and that investors were inflating a bubble like the one that preceded the financial crisis.

Brooks, who held the position of acting comptroller of the currency in the Trump administration, attributed recent dramatic price moves to the market’s “early stage” of development. Liquidity is so limited — he estimated about 80 per cent of bitcoin holders have never sold — that when a big crypto investor sneezes, everyone gets a cold.

“One person unwinding their position can have a massive effect on the price,” Brooks testified. “So, when you hear about a day when there was a giant price drop in bitcoin, often it turns out that there were one or two large traders who were unwinding a leveraged position and the vast majority of holders have enough confidence in it that they have literally never sold a unit of it.” 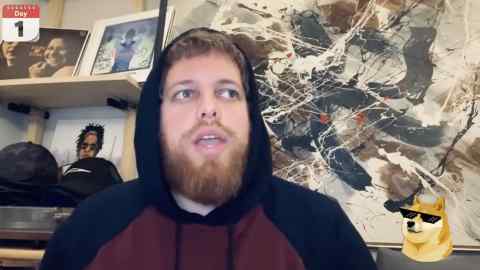 Bitcoin bulls like Brooks have their reasons for seeing a big decline in prices as something of a positive indicator. Crypto tokens have fallen sharply before, only to resume their seemingly relentless rise.

But his analysis also helps explain why so many current regulators — most notably Gary Gensler, President Joe Biden’s choice to chair the Securities and Exchange Commission — remain so wary of the crypto markets.

If a small number of investors can easily move a market — let us assume, in this case, for fundamental reasons — a similarly small number can conceivably manipulate it.

Looser regulations in countries outside the US are only raising the risks: price volatility in the crypto spot market can be quickly amplified by risky derivatives positions built up offshore.

“People take extremely leveraged positions because the non-US platforms allow for that,” Faryar Shirzad, Coinbase’s chief policy officer, told my colleague Adam Samson this week at the FT Global Boardroom conference. “So, when you have movements, you find them accelerated.”

In an August speech to the Aspen Security Forum, Gensler hinted at the possibility that a coterie of industry insiders could take advantage of other crypto investors. “Folks buying these tokens are anticipating profits, and there’s a small group of entrepreneurs and technologists standing up and nurturing the projects” without sufficient disclosures or oversight, he said. “This leaves prices open to manipulation. This leaves investors vulnerable.”

Three months later, the SEC rejected US fund manager VanEck’s application for an exchange traded fund backed by bitcoin. In explaining its decision, the commission noted its past concerns that “persons with a dominant position in bitcoin” could manipulate its price and thereby put public investors at a disadvantage.

The result is a catch-22 for industry acolytes such as Brooks. To improve liquidity in crypto markets and reduce their susceptibility to price swings, they would like to see regulators approve trading vehicles like the one proposed by VanEck.

For all its libertarian impulses, the digital asset industry needs greater regulatory acceptance to help make institutional investors and corporations more comfortable dipping their toes in the crypto waters.

Wild weekends such as the past one will only make it harder for officials in Washington to gain comfort with the crypto markets. No regulator wants to wake up on a Saturday morning and find out that some bitcoin whale might have just cost public investors a lot of money.