The Horizon 2020 programme is shifting its focus

Nasa’s recent announcement of the discovery of seven earth-sized exoplanets in the Trappist-1 solar system was also a small triumph for EU research funding. The lead author of the research paper, Michaël Gillon from the University of Liège in Belgium, had received a grant from the EU’s Horizon 2020.

The scheme, which plans to invest €77bn in research and innovation projects between 2014 and 2020, is one of the largest public R&D funding programmes in the world, accounting for 8 per cent of the EU budget.

Europe is keen to boost innovation in a bid to produce disruptive, market-creating companies like the US’ Apple, Google and Facebook. With 7.7 per cent unemployment, the bloc sees spending on technology as a way to drive growth and create jobs.

Horizon 2020 aims to create €400bn of socio-economic benefits by 2030, but it is already under pressure to show that it is having an impact. The scheme has given more than 15,000 grants since 2014, including €45m for research to combat the outbreak of the Zika virus, €5m to develop a heart valve and €2m to better forecast the effect of extreme weather on crops. It provides scholarships to help researchers move between countries and loans for start-up companies. So far, nearly €27bn has been invested.

An interim evaluation, carried out this year by Pascal Lamy, president emeritus of the Jacques Delors Institute, concluded that the programme was providing value, calling its research council a “beacon of scientific excellence”. Another testament to Horizon 2020’s success is the UK government’s desire to remain part of it after Britain leaves the EU.

Funding, though, is an issue. Horizon 2020 would like to fund more projects than it does. The European Parliament backed increasing the allocation to €120bn after 2020 in a nonbinding vote, but budgets may come under pressure after Brexit.

There is also continuing concern over how success in basic research can be translated into economic benefits. “Europe’s innovation deficit does not stem from a lack of ideas or a lack of start-ups. Our problem is the lack of scale-up,” said Mr Lamy, former head of the World Trade Organisation. “We have to invest in and promote innovative ideas that can be rapidly scaled up.”

Horizon priorities for 2018-20 were updated last month to focus on supporting market-creating innovation.

Mr Lamy has also called for Horizon to back more moon-shot missions — such as building the first quantum computer or raising the cancer cure rate to three in four. Eye-catching goals such as these would connect the public to scientists, he says. European Commission officials are considering the suggestion.

However, funding grand projects has drawn some criticism. William Amos, professor of zoology at Cambridge University, is worried that funds are being directed towards exciting projects at the expense of blue-sky research.

The biggest steps in science, he says, are usually taken by small numbers of bright people who “tend to be loners”. “These days those people simply won’t get funding and I think it is a horrendous mistake,” he says.

Critics also point out that a substantial proportion of money goes to wealthier nations, like Germany, Britain and France, who are also leading contributors of EU funds. 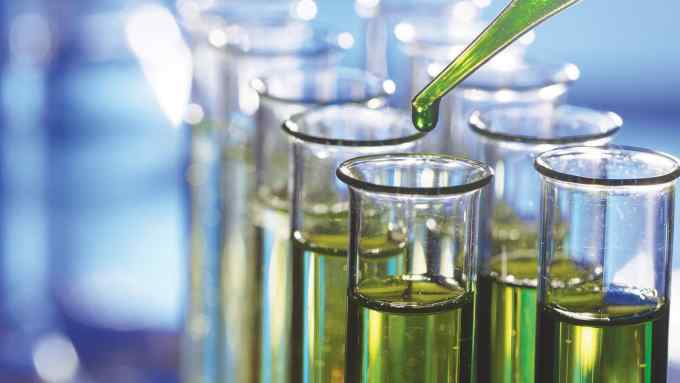