Divorce is a risk when she earns more than him 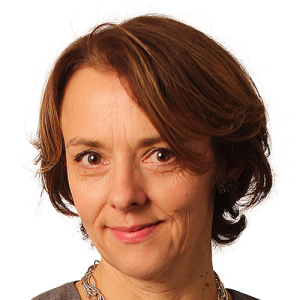 When I read last week that Angela Ahrendts was getting up to $68m as a welcome gift for joining Apple, my mind skipped at once to her husband. This latest addition to her vast stash of money must catapult her spouse Gregg to the very top of the global my-wife-earns-more-than-me league table.

It is quite an achievement. I have no idea if the two of them like each other, but they have stuck it out for a long time. They met at school and he chucked in his job to follow her to the UK when she became head of Burberry; he seems to have spent the last eight years mainly looking after their three children, revamping their home and putting supper on the table for her when she finally staggered in on her five-inch heels.

I suspect the real genius of Ms Ahrendts lies less in the way she persuaded people to buy £22,000 raincoats with peacock feather trims than in persuading Gregg to marry her – and to stick with her ever since.

It is no longer particularly rare for women to be the main breadwinner – in the US a quarter of wives now earn more than their husbands – but what is rarer is for such a relationship to work. A book published last week by the journalist Farnoosh Torabi draws together data showing just how hard it is: high- earning women have difficulty finding a husband, and when they do, he is five times as likely to be unfaithful as other husbands. The woman will probably do more than her share of chores; though in the unusual event that he starts ironing and cooking, he is likely to end up feeling so emasculated he goes off sex. Either way, divorce beckons.

The book, When She Makes More, is a depressing read that feels like a throwback to the 1950s. Yet I have a nasty feeling that its central message isn’t altogether wrong.

If I think of my many female friends who have out-earned their husbands, a suspiciously large number are divorced. One friend complained that she no longer knew what her husband was for as he neither made much money nor showed any desire to help out at home. Hardly surprisingly, his version of events was different: as she insisted on dominating both professionally and at home, he’d been left un-manned and without a role.

I know of only two sets of good friends where the woman earns more and where the marriage seems solid. In one there are no children, so the two spend their spare time being nice to each other. In the second, the man is so good at child-rearing and cooking while the woman is so hopeless around the house, that everyone seems happy.

Admittedly, my friends are a tiny, undiverse sample made up of the over-privileged, over-educated over-50s. To get a slightly broader picture, last week I emailed 500 FT journalists ranging from their early 20s to late 60s asking for examples of marriages in which the woman was breadwinner. The first responses were not encouraging. My ex-wife earned more than me, some said. Or my ex-husband earned less.

The majority of colleagues, even very young ones, still seem to be in relationships where the man makes more. One fiercely clever young male colleague says his equally clever feminist girlfriend has told him she could never marry a man who earned less as she didn’t fancy a life spent propping up his ego.

She’s on to something here. It seems to me these marriages work only when no ego-propping is needed. This can come about in two ways. First, through personality.

One male colleague says his wife’s habit of making a lot was a godsend for him as he loves money but is too lazy to make much himself.

More commonly it comes when the man’s professional ego is not measured in money. Various men at the FT have wives earning a fortune in the City, freeing them to be relatively poorly paid hacks. Within the marriage there is the understanding that his career matters as much – if not more – than hers. In the same way, some female journalists support men who are musicians and designers, who love what they do, and (in the best cases) are also happy to take the lead in bringing up the children.

The most interesting cases are when both started together in a similar industry but over the years the woman has overtaken the man. Most of these seem to end badly. But one successful male journalist explained to me how he had overcome the problem of having an even more successful wife. “It’s the Piketty debate, isn’t it? What matters most – inequality, or overall living standards?” In the interests of the latter, he has wisely refused to feel any resentment and instead declares himself utterly proud of his wife.