How should employees and society respond to smart robots in the workplace?
Andrew Hill

“I really do wonder if it’s worth it. You hanging on in this way.”

“I’m not sure I understand. What is it that I’m hanging on to?”

“Goodwins. Your law department. This whole . . . world of work. Your every waking moment determined by some contract you once signed.”

Kazuo Ishiguro sets his new novel Klara and the Sun, source of this snatch of dialogue, in the US of the future. Robots have replaced many jobs. Klara is a sophisticated “artificial friend”, of the sort bought by parents to provide company for their children.

The book is an exploration of love and empathy, and the limitations and potential of human and AI emotions. Analysing it as a prospectus for the future of work is a little like dissecting Casablanca for the movie’s insights into the nightlife of wartime Morocco. (I should also apologise in advance for revealing any plot twists.)

Yet it is worth pondering the implications of Ishiguro’s story. Reading fiction is one way executives can gain perspective. As novelist Emily St John Mandel and I discussed last year, scenario-planning, so critical to companies as the current crisis unfolds, relies in part on imagination.

Klara and the Sun is a good prompt to think now about the progress of AI in the workplace, and how workers, and society, should respond.

Ishiguro largely follows the line of “connectionist” AI experts that computers will develop to be able to learn human behaviour. In the novel, automation has already displaced many high-level professionals, including Paul, an “expert engineer” and the first speaker in the exchange above. Others, such as Paul’s ex-wife Chrissie, the lawyer, are clinging on, because, she later explains, her world and that of their daughter would otherwise collapse. 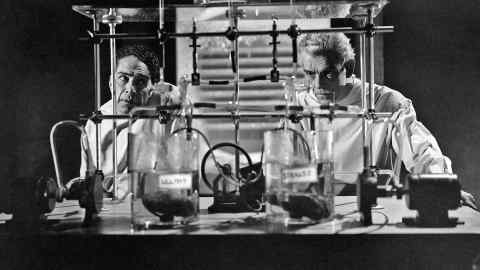 In A World Without Work, Daniel Susskind coined the phrase “the superiority assumption” to describe the belief people will continue to be best placed to carry out many tasks. That assumption has almost disintegrated in Ishiguro’s imagined future, but it is under pressure now. Even if machines are mere rule-followers, they can handle increasingly complex tasks. Susskind offers three categories that might resist this encroachment: tasks “that prove impossible to automate, others that are possible but unprofitable to automate, and still others that are both possible and profitable to automate but remain restricted to human beings due to regulatory or cultural barriers that societies build around them”.

Paul and Chrissie represent two ways of reacting to the advancing robots, neither ideal. Paul declares that “the substitutions” were the “best thing that ever happened to me” — which sounds like the whistling in the wind of many involuntary career-changers. He is already living in an armed community of similarly jobless elite professionals.

Chrissie’s options look similarly limited as she struggles to balance her workload and sustain the status, lifestyle and health of her family, as inequality grows and robots learn to be more able and intelligent.

Without the sense of meaning and fulfilment brought by work, the future looks gloomy. Susskind writes that when psychologist Marie Jahoda studied the response of Austrian workers to a factory closure in the 1930s, she detected growing apathy, loss of direction, and antagonism. More recently, Amy Goldstein chronicled the shame of former workers suddenly unable to provide for their families in Janesville, her examination of a Wisconsin community after General Motors shut down its plant.

Despite the bleak backdrop he sketches in his novel, Ishiguro claims to be both “excited and wary” about the rise of the robots. That seems the right balance. Maintaining it, though, will need a combination of precaution and supportive policy, on the part of government, educational institutions, regulators and companies, and preparation and perspective by workers. Plotting a path between Paul's acceptance of enforced leisure and Chrissie's resistance will be hard. Lockdown has reminded many people that, given the choice, it is unwise to allow every waking moment to be dominated “by some contract you once signed” until it is too late.

Managers must also play a role at times of extreme uncertainty. Ishiguro does not offer them much comfort. At the recent FT Weekend Festival, he worried about the false reassurance that people would be kept “in the loop”, overseeing and working with AI. In fact, humans are so far behind, it will be more like “having some kind of retired nightwatchman trying to supervise a stadium full of rioting football fans”.

He does include one manager in the novel. She reserves her empathy for the robots she is selling, though. And in the end she, too, has become a jobless scavenger.