Arizona sandbox gives fintech start-ups a regulatory path to US

Fragmented US rules landscape has put off many early-stage companies

Arizona, often associated with golf-playing pensioners and selfie-taking Grand Canyon visitors, might not seem the most obvious place to look for cutting-edge financial technology.

Yet in March this year, Arizona became the first US state to set up a so-called regulatory sandbox for fintech start-ups — essentially a test environment in which early-stage companies that are innovating in the financial sector are given limited access to the market under regulatory supervision, without having to be fully licensed.

It is a step towards opening up the fintech industry in a country whose regulatory landscape has until now put off many start-ups with its perceived heavy-handedness, and could make it easier for companies from outside the US to test their products on the market.

The sandbox idea was first conceived by Britain’s Financial Conduct Authority (FCA), whose test environment has accepted 89 companies since its inception in 2016 and is taking applications for its fifth cohort. The model has since been copied by regulators across the globe, as they compete to lure start-ups by offering them the most innovation-friendly environments.

While countries such as Denmark, Russia and Canada have set up their own sandboxes, the US has until now not joined the race, largely because its federalised system — under which each of its 50 states sets its own rules — has made a synchronised regulatory regime tricky.

The regulatory framework is very fragmented in the United States, so there’s no guidance for fintechs

“The fintech regulatory framework is very fragmented in the United States,” says Darryn Jones, who is in charge of business development at the Greater Phoenix Economic Council, the public-private partnership that has set up the Arizona sandbox.

“So there’s no guidance for fintechs — which are innovating in things like money transmission, consumer lending, robo-advising . . . and blockchain — to understand how they will be regulated, and which compliance schemes are relevant to them,” he adds.

“The federal government has not taken charge on setting up the infrastructure and framework for these firms, so what Arizona did is it said: instead of waiting for the federal government, we’ll take the lead and develop our own sandbox, modelling it on the FCA sandbox,” Mr Jones says.

Unlike the FCA’s six-month programme, Arizona is giving companies two years to test their fintech offerings. At that point, they can apply for a licence to operate as a money services business. If that is granted, it is then relatively easy to apply for a licence in the 16 other states that have signed up to an agreement that standardises key elements of the licensing process. These include Texas and Illinois but not such key states as New York and California.

While the US still has no nationwide sandbox, the federal Consumer Financial Protection Bureau (CFPB) set up an “office of innovation” in July, appointing lawyer Paul Watkins — who managed Arizona’s sandbox — to lead it. In August, the CFPB said it was joining 11 other financial regulators in a “Global Financial Innovation Network”, on the back of the FCA’s proposal earlier this year to create a “global sandbox”.

Mr Jones says this indicates that the US does not want to be left behind in a competitive environment, in which the pace of technological change in the financial services industry is accelerating.

“A lot of fintechs shy away from innovating in the US and come to places like London to deploy their products, because they don’t have regulatory certainty in the United States,” he says.

Arizona representatives travelled to London this summer in an effort to woo UK fintechs interested in setting up operations in the US, not least because of worries about their ability to attract and retain staff in the UK after Brexit. So far just three companies have been accepted into the sandbox but more are expected to in the coming months.

The idea for the FCA sandbox came from the UK government’s chief scientific adviser at the time, Sir Mark Walport. He had suggested that the financial services industry needed to have something equivalent to the clinical trials that the health and pharmaceutical sectors undergo.

“As regulators we’re under constant pressure to be more pro-innovative,” says Anna Wallace, head of innovation at the FCA. A regulatory sandbox allows you “to do that in a way that gives you comfort that you’re creating an environment that you control”, she adds.

“Up until now regulators have never had the power to do that — the regulators have either decided whether something is outside or inside regulation. The regulatory sandbox provides a third way, where you can allow it in a small way into regulation, so you can observe what the risks and issues of that business model are. You control that environment before allowing it into the market,” Ms Wallace says.

Some worry that, by putting such an emphasis on innovation, regulators risk not performing their essential role: that of protecting customers and investors, and maintaining financial stability.

The last cohort accepted into the FCA sandbox, for example, has included a number of cryptocurrency companies. This is an area the UK’s Treasury Committee has raised concerns about, warning that crypto assets are often used to facilitate criminal activity and can pose risks for inexperienced retail customers.

“Given the rate at which the sandbox concept is spreading”, says Martin Walker, director at the Centre for Evidence-Based Management, a think-tank, “there probably should be a genuinely independent review of the FCA sandbox.” 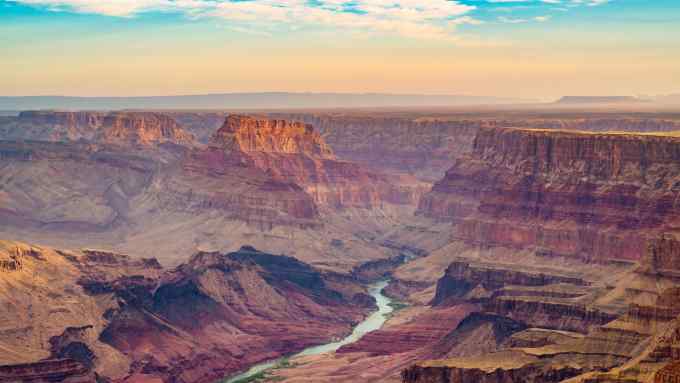