Philanthropy: the search for the best way to give

As he flicked through the Financial Times over his morning coffee in the search for investment ideas, a short quote caught Alan McCormick’s eye. That was in 2006, and the idea it contained became the catalyst for McCormick and his business partners to provide nearly $20m in philanthropic funding and generate a further $65m from other private donors to tackle neglected tropical diseases.

The quote was from Alan Fenwick, professor of tropical parasitology at Imperial College London. His message was simple: for a fraction of the amount being donated to treat HIV and other potentially fatal infectious diseases, the annual distribution of basic existing drugs to schoolchildren could help prevent widespread infection by a parasite that causes stunting of growth and malnourishment, and limits access to education — with life-long consequences.

McCormick, a partner with Legatum, a Dubai-based investment firm, paid a visit to the professor. Fenwick had founded the Schistosomiasis Control Initiative in 2002, to fight the disease, also known as snail fever, caused by a parasitic worm that affects more than 200m people, most of whom live in sub-Saharan Africa.

“It’s relatively tough giving away money and doing it well,” says McCormick. For months, he had been exploring ways in which he might donate cash to fund development work in lower-income countries; he had already made donations to organisations involved in areas such as education. “We were spending $12-$14 per life changed,” he says. “But it’s expensive to identify projects, and you can do damage to small community organisations with your funding. [Fenwick’s] approach cost just 50 cents per person per year.”

Ideas need champions, so you need to create an organisation

Working alongside government donors, philanthropists and pharmaceutical companies that had provided drugs, Legatum gave $9m to start pilot programmes in Burundi and Rwanda, with the aim of distributing doses of the drug praziquantel, to treat schistosomiasis, in schools.

The deworming programmes have provided an impressive return on investment and inspired others searching for ways to donate for maximum impact. The SCI has been recommended by philanthropic advisory groups such as GiveWell and Good Ventures in the US and Giving What We Can in the UK.

By 2010, McCormick and his partners were still experimenting with ways to mobilise far greater amounts of money in an attempt to make inroads into global health problems.

First, they created their own philanthropic advisory business, Geneva Global, designed to help donors best use their money. They then explored hiring fundraisers directly to generate additional income. They even considered creating a philanthropic bank to raise money for good causes.

But ultimately, they decided the most effective way to generate funding was to build their own vehicle, The End Fund, with a small staff to co-ordinate and support programmes to treat neglected tropical diseases. “Ideas need champions, so you need to create an organisation,” McCormick says.

Legatum has since donated another $10m via The End Fund towards neglected tropical diseases, with a particular focus on deworming. An extra $65m has come from other individuals, corporate foundations and philanthropic groups. “The End Fund model is about the ability to have people come together and collaborate, and bring their expertise,” says McCormick. “It’s a lot of fun. It can be effective.”

Progress on schistosomiasis is still a long way from elimination, but great strides have been made especially in the Americas, says Fenwick, who recently retired from the SCI. “There is a huge dynamic now. I wish I was 25 years younger and could see the whole thing through.” 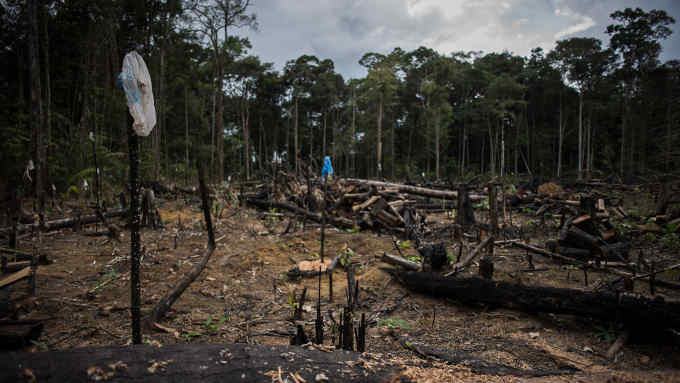