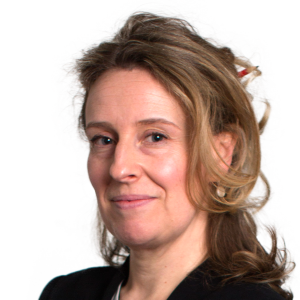 When the UK voted to Leave the EU in June 2016, the result left the exact nature of Brexit open to interpretation. For Philip Stephens, the Brexit choice made by Theresa May’s government — not one with which he agrees — is about more than the economy. “There is more to Brexit than supply chains, regulations and farm subsidies,” he writes in this week’s column. “It is about the nation’s character.”

The prime minister has long taken an illiberal view of migration, and so chimes with the Brexiters’ core case: the indiscriminate toughness that sprung from her political leadership at the Home Office caused the Windrush generation scandal, in which the children of workers invited to help rebuild postwar Britain have been harassed by the immigration department.

And now the government plans draconian cuts to the number allowed to come to Britain, even though prospective non-EU trade partners want lighter visa controls as part of any deal. Even if they feel a twinge of regret at having stoked the anti-immigration fire during the campaign, Philip argues that the leading Leave campaigners have helped create a UK in which Donald Trump will feel quite at home when he visits this summer.

The battle in Seattle
Gillian Tett believes that a fight between Amazon and the local government in the city, which is imposing a new tax on local businesses to fund anti-homelessness measures, is a sign of wider “tech-lash”. Jeff Bezos is, she reveals, “seething”. The company may be threatening to up sticks. But others, including Starbucks and Microsoft, have tried to find ways to engage with angry local politicians. Cities also need to become more savvy about how to handle digital growth and fund infrastructure.

Don’t pit young against old
Martin Wolf argues that the recent debate about intergenerational inequality in the UK is a distraction from the real policy failures in five areas: growth; ageing; risk-sharing; housing; and redistribution. In fact, Martin points out that some of the greatest inequities of both opportunity and outcome exist between Britons in the same age bracket — most notably as a result of possessing housing wealth or not.

Buy ‘at the sound of cannons’
Anne Dias sees Emmanuel Macron’s face-off with those opposed to his economic and labour market reforms as a sign this is a great time to invest in France. The spectacle of water cannons trained on masked anarchists on Paris streets should attract, not repel, those international investors who remember the old Rothschild adage. The pitched battles might be seen as a symptom of ills that have afflicted France for decades but nothing could be further from the truth, she writes.

Where are all the revolutionaries of 1968? They’re long gone — Martin Kettle in The Guardian

From the Golan heights, the tragedy of the west’s botched response to the Arab Spring is all too visible — Stephen Bush in The New Statesman

My clients have encountered additional problems, namely Home Office compliance officers lacking sufficient knowledge of the practicalities of running a polo team when applying the rules to these businesses. In one case a compliance officer decided the team in question was running a livery yard, in contravention of the rules. They did not understand the importance of having grooms present in the UK for periods both before and after the competitive season.

Comment from Vectorious on Law firm partnerships are losing their lustre

I cannot help feeling that an accountancy practice or law firm that managed to offer a decent quality of life and sufficiently interesting work could keep people even against the offer of riches elsewhere. What is the use of $10m if you work 100hr a week, if you could get $1m working 40hr and maybe appreciate the sunshine and your family a bit.

The funding that shadow banks provide is important to spur innovation, especially for small businesses. But it is necessary for shadow banks to assess the riskiness of loans not just by its ebitda, but by assessing a company’s capital structure and ability to recapitalise.

Menopause, impotence and other useful economic terms
Or how to give offence on a more equal basis

Instant Insight: Mothercare: rehiring the former chief executive is a last resort
The retailer tests the idea that a restored old guard can lead a new strategy

Free Lunch: Donald Trump’s provocations herald a decline of US power
Extraterritorial sanctions could undermine the privilege that makes them possible

FT View: Customs union question can be dodged no longer
MPs should force the government to tackle a central Brexit issue

The Big Read: The French stress test for nuclear power
Years late and billions over budget the first European Pressurised Reactor is set to become operational. Its success is critical for France