In the early 1970s, Miami acquired an artistic attraction a world away from today’s glossy art fairs and museums. A few curious visitors began to make their way to a derelict alleyway in the city’s Overtown district, where a young homeless African-American man lived. And worked. Purvis Young, born in the city in 1943, was making hundreds of paintings on wood, metal and cardboard scavenged from the streets and nailing them to Goodbread Alley’s boarded-up storefronts, creating a giant mural of contemporary life in his vivid, highly coloured, untrained style.

Much is made these days of so-called “outsider” or “outlier” artists. For Young, there had not only been no art school, there had not even been high school. But he had graduated from a full three-year stint at that other educational institution so readily available to young black men: prison. It was during his sentence for robbery at North Florida’s Raiford State Penitentiary, between 1961 and 1964, that he began to draw and paint.

Despite the circumstances of his life, Young was astonishingly prolific. And he attracted attention: Bernard Davies, owner of the Miami Art Museum, was an early patron and by the mid-1970s Young’s work was being supported by more of Miami’s librarians and collectors; exhibitions and commissions followed. The display of hundreds of pieces by Young now occupying the entire ground floor of the great Rubell Family Collection in Miami’s Wynwood district reflects some of his output from 1980 to 1999, when Don and Mera Rubell acquired more than 3,000 of Young’s paintings and works on paper.

It is hard to define the power of this work. All art that is so raw, so clearly made under tough conditions, and by a mind so angered and wounded by the world’s blows, is emotionally affecting. But Young, who died in 2010, also shows a penetrating intelligence, a sharp eye for the realities of life around him, combined with a strong spiritual streak. And a deep feeling for the plight of others. His rapidly squiggled figures — black, often huddled in crowded masses and faceless — suddenly include a haloed head: an angel circulating in the everyday. Wild horses, often mounted by knight-like warriors, were among his obsessions, rearing and charging through desolate mountains or the city’s streets, an unconquerable life force.

The horses get a whole room here. As do Young’s images of pregnant women — again, rapidly sketched in dark abstracted squiggles, their exaggerated bellies bestowing a lonely majestic dignity and holding, he believed, infinite future promise.

Desperate boat people (reflecting the tragedies of his Jamaican immigrant grandparents), shackled slaves, protesters and, of course, prisoners make another set, brilliantly but subtly coloured, supercharged with anguish and power. Hypodermics and drug references lace through the works. And always, haunting and weirdly scary, appears another bizarre motif: soggy orbs coloured a washy grey-blue, pushing against squirming anonymous black figures, these are the blue eyes of the white man, the oppressor. In one painting, a row of giant “eyes” holds back an entire crowd of tiny figures; in another, some random piece of violence is squashed and smothered by the great pale blue blob.

One of the best works here, an angry prison piece, divides a large, roughly nailed together slab of wood into a cell-like grid, each scene abstracted yet vitally alive with movement and storytelling, the whole thing covered over with another grid, of nailed-on strips of rubber tyres. The eye, of course, is there too.

By the 1990s, when Young’s work was gaining support, it’s probably safe to assume that the bashed-together boards and frames had become an aesthetic rather than a necessity. The paintings get larger, less frenzied, and Young’s spirituality comes to the fore in an obsession with funeral parades, holy figures, the cosmos. The 20-year span of this compelling, moving, startling exhibition shows the artist maturing without losing his urgent brilliance of touch or his agonised response to the world and its treatment of others. 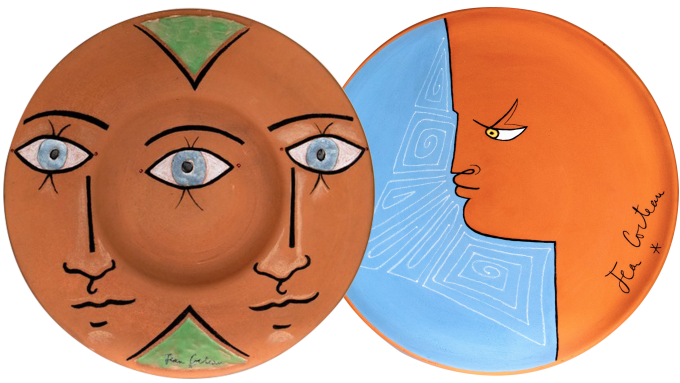