HMRC sends out thousands of warning letters to taxpayers

Fines can be 200% if taxpayers fail to provide correct information

Taxpayers with overseas links have been sent a final written warning from HM Revenue & Customs (HMRC) intended to flush out those who may be hiding undeclared income.

Warning letters sent to individuals in mid-August and seen by the FT are the latest in a series of correspondence from the tax authorities urging people to declare any “overseas income or gains, including investments and accounts” by the end of September to avoid paying higher tax penalties.

From September 30, new legislation called the Requirement to Correct (RTC) will force UK taxpayers to tell HMRC about any offshore tax liabilities relating to UK income tax, capital gains tax, or inheritance tax. Any individuals who have paid the incorrect amount of tax on overseas income in previous years must have corrected their tax returns by the deadline, or the potential fine will double to 200 per cent of tax owed.

However, advisers say some UK taxpayers may still not realise they have a requirement to declare overseas financial interests — which include renting out a foreign property, transferring income and assets from one country to another, and letting out a UK property while living abroad.

Dawn Register, partner in the tax dispute resolution team at BDO, said: “Advisers are expecting a last-minute flurry of activity in relation to those who need to correct their tax affairs linked to offshore matters. The RTC rules stretch far beyond those who may have committed tax evasion; it potentially includes those who have had previous professional advice and those who may have fallen foul of technicalities.”

She added that as the rules are focused on income tax, capital gains tax and inheritance tax, there is a huge onus on individuals to review their personal tax affairs and it also places added pressure on trustees and executors of death estates.

Ms Register said awareness of RTC is still low, despite the series of letters from HMRC and predicted that many advisers and taxpayers would criticise what she called the “growing complexity of UK tax compliance and the apparent lack of publicity by HMRC”.

“With updated guidance published in July and further updates on August 21, there really is little time for advisers and taxpayers to make decisions based on the latest RTC guidance,” she said. 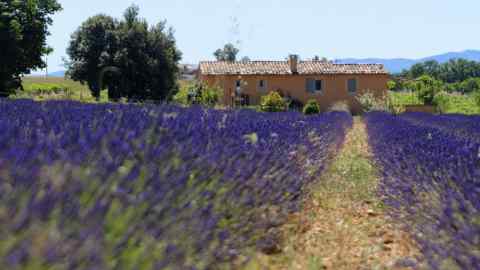 “For those with open tax inquiries, HMRC is busy writing to those taxpayers to prompt additional disclosure or information in light of the RTC rules. However time is running out as this will require action before September 30”.

HMRC guidance calls on those with uncertain tax issues to make a voluntary disclosure and start this process before September 30.

Ms Register said that many taxpayers would be left with the dilemma of whether to “stick their head above the parapet” with the tax authorities, or risk severe new penalties for not doing so.

“Many are wondering: what is the lesser of two evils here?,” she added.

The date of the introduction of RTC has been timed to coincide with the date by which more than 100 countries, including the UK, will be able to exchange data on financial accounts under the Common Reporting Standard (CRS), allowing HMRC to crack down on offshore non-compliance.

Failure to declare and correct tax irregularities by September 30 will result in attracting new and harsher penalties, including a minimum financial penalty of 100-200 per cent of the tax liability

Philip Munro, partner in Withers’ private client and tax team, says the letters are one last warning from the tax authorities to get your affairs in order. “This is the year that HMRC will get full information on people’s overseas accounts which will give them significant data to ensure that individuals have reported non-UK income and gains fully.

“Failure to declare and correct tax irregularities by September 30 will result in attracting new and harsher penalties, including a minimum financial penalty of 100-200 per cent of the tax liability, the possibility of being named and shamed and an asset based penalty of up to 10 per cent of the asset’s value where the tax at stake is over £25,000 in any tax year.”

HMRC said: “These letters alerted customers to new rules which could lead to them incurring large penalties. There is no demand for information: the letters gave customers a chance to review information already provided as well to ensure full responses had been received. It also said that any information supplied to HMRC as part of the current inquiry did not need to be supplied again.

“Our compliance experience is that, on occasion, only partial information has been supplied or not all questions have been answered, which may lead to customers being affected by these penalties. We are urging UK taxpayers with assets or investments abroad to check whether they have tax to pay regardless of receiving contact from HMRC.”