Are you a travel ‘promad’?

Curious, wealthy and often lonely, the ‘progressive nomad’ is seeking enlightenment (in addition to the hotel spa)

Harvest Kaplankaya, a twice-yearly festival at a community of hotels and villas on the Aegean coast, is a bold proposition. Modelled as a blend of Burning Man and the World Economic Forum, the event weaves together talks and debates with healing sessions, music, dancing and lively candlelit dinners for more than 200 guests. Since its launch in 2018, guest speakers have included ethnobotanist Wade Davis, the Hungarian-Canadian physician and trauma specialist Gabor Maté and Camilla Fayed, a socialite turned vegan activist. Tickets, with accommodation, start at €3,918 and guests jet in from all over the world. This October’s event was its sixth and, like previous incarnations, was sold out.

According to Harvest co-founders Burak Öymen and Roman Carel, the festival’s mission is to lure a new travel crowd, for whom shared experience, big ideas, conscious living and personal growth are central. Call them the progressive or proactive nomads (or promads), a new tier of traveller for whom intellectual growth and community must be as much a part of the experience as a Michelin-starred chef and an award-winning spa.

“We are moving from an experience economy to a transformation economy,” says Chris Sanderson, co-founder of strategic foresight consultancy The Future Laboratory. “It’s not about a holiday where you fall to pieces and relax, eat and drink. It’s not about an experience in isolation – it’s being part of a temporary community.”

Perhaps the first to set its store so close to these values was Habitas, which has places (or is imminently opening) in Mexico, Costa Rica, Bhutan, Namibia, Morocco, Ibiza and, surprisingly, Saudi Arabia. Its website opens with the words “Welcome Home”, the traditional Burning Man salutation. Holidays centre around group events, ranging from wild (sometimes) sober beach parties to this November’s six-day women’s retreat in Mexico, which will explore female archetypes (from $2,905), and involve sound healing, meditation and “embodiment activations”.

Habitas aims to create escapes that foster community. Guests “define themselves by mindset and shared values”, says CEO Oliver Ripley. If an unsatisfactory texture of the foam on your cappuccino is a pain point, “Habitas isn’t for you. We don’t put chocolates on your pillow. We are attracting you through the people you are going to meet and the experiences you are going to have.” But, he says, Habitas is inclusive. “The problem I have with hospitality, like an Aman or Six Senses, is you’re surrounded by people who can afford thousands a night,” he argues. “I don’t want to be in some kind of bubble defined by socioeconomic norms.” Habitas rooms start in the low hundreds.

But even high-luxury groups are edging towards the shared experience. “When you pull a tribe together that wasn’t a tribe before, magic happens,” says Anna Bjurstam, whose official title at Six Senses is “wellness pioneer”. Her task, with 28 spas worldwide and 35 more on the way, is innovation. As such, she says, “We are intentionally moving towards [creating events that build] community.” Next month, together with Six Senses Ibiza’s director of culture Talana Bestall, Bjurstam will launch the group’s first festival, Alma: three days and nights of “thought leaders” from the wellbeing and fitness spheres, parties, dinners and, of course, spirituality. Says Bestall: “In this day and age, a hotel stay – as lovely as it is – is not enough. People want experiences. It’s the future with millennials and Z.” The event costs from €1,725.

One of the main factors in the growth of such experiences has been a rise in a sense of loneliness. “Loneliness in the affluent community is high,” says Bjurstam. “When we look at the population we serve, 27 per cent don’t have any close friends they can be vulnerable with, and 22 per cent have none at all.” “Loneliness is the most consistent and long-standing pandemic of our generation,” agrees Habitas’s Oliver Ripley. “The cure is creating community and connection.”

“The big brands know that in the future people will turn to them for community,” says Ben Pundole, hospitality consultant for brands such as Six Senses and founder of travel platform A Hotel Life. “But will they have the sensitivity and emotion required to make it feel authentic?”

At Slow, shared ideas define the hospitality group’s evolution: its developments primarily serve like-minded designers, farmers, writers, artists, artisans or architects – and guest stays at hotels are integrated into this carefully curated community. Its first opening was a regenerative agricultural project, La Granja, in Ibiza, “devoted to discourse on farming and food”. Future launches will include “a farmstead and creative village for living and hospitality” on Portugal’s Arrábida coast, and a “creative campus” with guest rooms, artists’ studios, exhibition and performance space by the river Spree in Berlin. The Flussbad will be home to “ideas that aim to build a kinder, more collaborative world”. 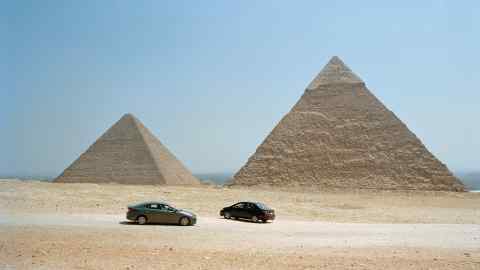 More and more people are seeking places like these, says Sabine Heller, CCO of Sollis Health, a US medical start-up, who has made a career of running businesses that sit at the intersection of community and luxury commerce. Recently, she hosted an event at Etéreo, a hotel on the Yucatán peninsula, with 25 women aged from 30 to 60. Discussions included the reversal of Roe v Wade, there was a talk on stress and gut health and a sound bath was held. There was also yoga, snorkelling and a shamanic blessing. “There were moments of anger, vulnerability and connection mixed with much-needed respite and restoration in a breathtaking location,” says Heller. Reflecting on its success, she says, “After the pandemic people have come back seeking answers not canapés.”

All this can sound excessively earnest, but, says Pundole, travel’s new transformative focus “doesn’t need to be holier than thou. Doing good and having fun are not mutually exclusive”. Habitas is best known for its fantastic parties. There are even morning gatherings for dancing in the sand. In a polarised world of uncertainty, coming together is, it seems, the greatest luxury. 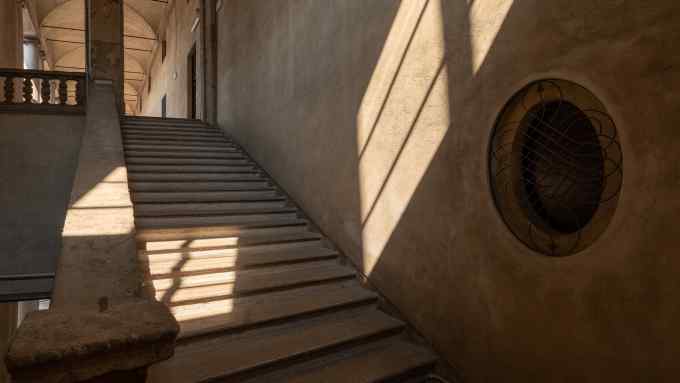