Five years ago, the Russian economy was teetering on the brink. Following Moscow’s invasion and annexation of Crimea in March 2014, western countries imposed powerful economic sanctions on Russia which, coupled with a steep decline in the price of oil, could have brought the Kremlin to its knees.

Yet by many metrics, Russia’s $1.7tn economy looks to be in better shape today than it has done for some time. Growth is slower but more stable, a $124bn sovereign fund has been created, exporters have found new markets and importers have found domestic alternatives.

Some economic analysts think Moscow has more to fear from an abrupt removal of the sanctions than additional ones. “The single biggest danger to the Russian economy would be if the US woke up one day and lifted all the sanctions,” says a senior official who advises the Russian central bank. “There would be a massive inflow of capital, the currency would spike, all the government’s policies would be in tatters. It would be a disaster.”

That Russia should be in this seemingly absurd situation is a result of prudent fiscal policy by the Kremlin, economic adaptation over the years spent under western restrictions — and a fat slice of luck.

The sanctions, imposed by the US, EU and other countries in various tranches since 2014, include travel bans for prominent individuals, prohibit long-term financing for some major corporates and ban assistance to Russian oil and gas companies for Arctic, shale and offshore projects. 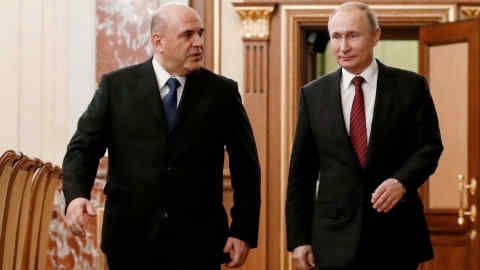 Few economists argue that the overall economic picture in Russia is better today than it would have been without any sanctions at all.

Yet Moscow’s resilience has called into question the power of the extraterritorial restrictions imposed by the US and EU, and their worth as a foreign policy tool.

“Russia’s economy has been far more resilient than many feared back in 2014,” says Sofya Donets, Russia economist at Renaissance Capital.

While President Vladimir Putin said there was “nothing good about [sanctions]” at his annual press conference last month, he added: “But our economy — I can say this with full responsibility — has been able to adapt to external shocks, while our national currency has actually become much more stable, even with possible energy price fluctuations.”

Russia’s response to the sanctions focused on three key areas. First, it tightened its belt, cutting public spending and forcing its banks and major corporates to clean up their balance sheets. That was partly due to the slump in foreign credit caused by sanctions and investor sentiment, and partly due to a sense that the economy needed a safety net.

Second, it spent trillions of roubles on programmes to create domestic substitutes for imported goods, while food imports from the EU were banned in order to stimulate local production.

Our national currency has actually become much more stable

And third, it overhauled how Russia spends the vast proceeds from selling oil and gas. Income from energy exports above a certain level was diverted into a national wealth fund, which ended a pattern of boom-and-bust caused by government spending linked to the oil price. It also, almost overnight, severed the bond that had seen the rouble move in tandem with energy markets.

The results have been impressive. All three levels of Russia’s government ran a budget surplus in 2018 and 2019, and its total public debt is about 15 per cent of GDP. The EU average is 80 per cent.

Since the end of 2015, Russia’s international currency reserves have risen almost 50 per cent to $542bn at the end of November, the highest level since 2011 and close to a record peak achieved in 2008. The farming sector is booming — wheat production in 2017 was the highest ever on record — and Russia earned a record $24bn in agriculture exports last year, more than twice what it made from arms exports.

And, thanks to a relatively steady increase in oil prices since 2014 and the successful implementation of the wealth fund, Russia had $124bn saved up at the start of December — about 7 per cent of GDP.

James Roaf, head of the IMF mission to Russia, credited the economic situation to Moscow’s “adherence to a sound macroeconomic framework, which supports economic activity by reducing uncertainty, keeping inflation under control and providing confidence in the exchange rate.”

Yet economic growth is still way below the Kremlin’s hopes. Independent studies suggest real GDP growth was just 1.2 per cent last year and will be around 1.6 per cent this year and 1.8 per cent in 2021. That compares with 3.8 per cent in 2012, and Mr Putin has ordered his government to find ways to raise it.

Many observers credit sanctions with at least tempering those figures, citing a collapse in foreign direct investment — from an annual average of $54.5bn between 2011 and 2013 to $19.2bn between 2015 and 2018 — as a major factor.

Targeted sanctions have also had an undeniable impact. The US’s imposition of personal sanctions on Oleg Deripaska and some other leading businessmen in 2018 effectively cut all of their companies off from the global market, hitting some of Russia’s most important industrial groups.

Measures curtailing investment and technology transfer to the Russian energy industry in certain areas such as shale, offshore or Arctic drilling have had a medium-term impact not yet seen, given the long gestation period for energy projects.

“International sanctions which have pervasive effects in adding to business uncertainty [are] holding back both foreign and domestic investment, and reducing Russia’s international market integration,” Mr Roaf said after a recent visit to Russia.

But the threatened economic collapse has not occurred, and the Kremlin appears publicly undaunted by the impact of these measures. Instead, it is seeking new friends in Asia and Africa to partially offset the fall in western trade and investment. Trade with China has risen 53 per cent in the last three years to $107bn in 2019, while a recent summit hosted by Mr Putin attracted 43 heads of state or government from Africa.

“We actually support a full normalisation, especially since none of those [sanctions] really work effectively,” Mr Putin said last month. “Indeed, this policy causes us problems, but there are benefits, too, and they are also obvious.”

Get alerts on Russian economy when a new story is published 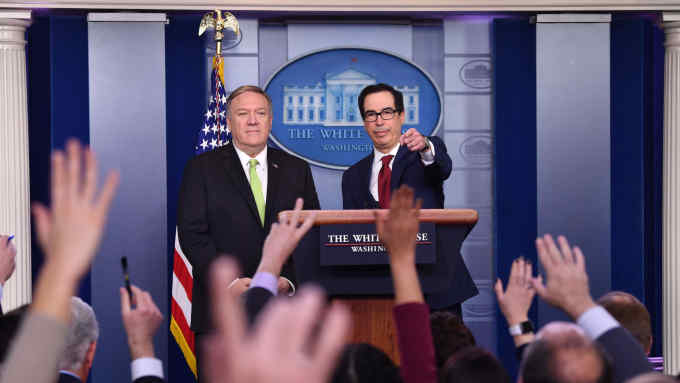