For decades, the Sun Belt promised jobs but the problems of wage inequality are catching up

Alfred Perry lights up when he describes how he landed in Raleigh in October 2014 as a 19-year-old from the Ohio Rust Belt with a high school diploma and big plans to take advantage of a booming local economy.

“It was like a rainbow leading to this pot of gold,” he says of North Carolina’s capital city. “It felt like there were so many hidden treasures.”

Just 19 months later, Mr Perry is living in a homeless shelter. The well-paying construction work he was hoping for never materialised and he has bounced from job to job, struggling to pay his rent in a procession of shared apartments. In a labour market where the real demand these days is for “UX” (user experience) designers and other tech jobs, he is seeing his dreams fade.

For decades, Raleigh and other cities in the US Sun Belt have lured workers from fading industrial centres in the north and midwest, promising jobs and a lower cost of living. But as Mr Perry’s experience shows, even success stories like Raleigh are showing signs of economic malaise.

The erosion of America’s middle class and the resulting voter frustration that has helped fuel the presidential campaigns of Republican Donald Trump and Bernie Sanders, the populist Democratic senator from Vermont, is often portrayed as a phenomenon brought about by the collapse of well-paying manufacturing jobs over the past three decades thanks to increased automation and competition from China.

But a new study by the non-partisan Pew Research Center, shared with the Financial Times, points to just how widespread the damage to America’s middle has been and how divided the country’s class structures are becoming.

Of the metropolitan areas analysed by Pew, none saw faster population growth this century than Raleigh. Together with neighbouring Durham and the Research Triangle Park, it is celebrated as an example of how cities can transform themselves into sparky science and technology-driven hubs of innovation, or key outposts for America’s new “knowledge economy”.

“It is one of the most remarkable success stories of the last 20 years, or even 30 years,” says Enrico Moretti, a University of California, Berkeley, economist and author of The New Geography of Jobs.

Like Austin, Texas, or Seattle, the home of Microsoft in Washington, Raleigh was once a small provincial economy “with not a lot of innovation, not a lot of jobs, not a lot of tech”, Mr Moretti says. And yet “when you look at [those cities] today these are some of the most interesting global innovation centres”.

At the heart of Raleigh’s reinvention has been its place at the centre of a cluster of celebrated research universities that has helped it attract companies in biotech and other fields in search of an educated workforce.

In turn, those companies lured older educated workers in search of jobs and a better of quality of life, reshaping its communities. The suburban town of Cary, the local joke goes, is actually an acronym for Collecting Area for Relocated Yankees.

But while Raleigh’s population continues to grow, the new data from Pew shows that the robust population growth has not necessarily translated into higher incomes for its new residents. The benefits of the boom have been shared unequally.

More surprisingly, the only income group to grow as a share of the population was its poorest. In 1999 one in five residents of the metropolitan area lived in households making two-thirds or less of the median income. By 2014 that figure had grown to one in four.

Even as Raleigh has sought to attract college graduates, the Pew data show the metropolitan area’s middle class — those living in households making between roughly $42,000 and $125,000 — has shrunk as a portion of the population to 50 per cent in 2014, from 55 per cent at the turn of the century.

Nancy McFarlane, Raleigh’s mayor, argues such figures illustrate that the city is as vulnerable as any to broader American trends like the hollowing out of the middle class or the rise of urban poverty.

“We do get caught up oftentimes in the accolades and all that stuff,” she says. “But we have to make a conscious effort to make sure that our success and prosperity extends to everybody.”

Raleigh is not the only bastion of the new economy to be dealing with such problems. In the areas surrounding tech-friendly San Francisco and neighbouring San Jose, both median incomes and the middle class’s share of the population have fallen. In Austin, a more direct rival to Raleigh, median incomes for a household of three fell to just over $74,000 from just under $78,000 in 1999.

Explanations for the stalled incomes and growing ranks of the poor vary. In a city like Raleigh it is at least partly a case of supply and demand. An influx of educated workers into the Sun Belt, economists say, has simply helped hold down wages by increasing the labour supply.

James Sauls, Raleigh’s head of economic development, says falling wages may also reflect the city’s growing start-up culture and booming café and restaurant scene, all of which pay workers far less than IT jobs even as they give it an added dynamism that will help attract more high-paying businesses.

There is no doubt, however, that Raleigh is confronting a growing poverty problem driven by existing populations and the arrival of less-educated migrants like Mr Perry in search of lower-end construction and service jobs, when the real job openings are in technology or healthcare and other high-skilled industries.

Groups working with Raleigh’s poor say that, even years on from the 2007-08 global financial crisis and the recession that followed, they are busier than ever.

“We saw more people than ever before [in 2015],” says Peter Morris, a paediatrician who serves as executive director of Urban Ministries, which provides food, healthcare and other services to the city’s disadvantaged.

Across Wake County, in which Raleigh sits, state statistics show that more than twice as many people are receiving food assistance than before the 2008 crisis. Meanwhile the county’s poverty rate has risen from 7.8 per cent at the time of the 2000 census, to 11.5 per cent last year.

Even for those who find work in Raleigh, a lack of affordable housing is compounding the difficulties for those at the lower end of the income scale.

At the Wake Interfaith Hospitality Network, which offers emergency housing for families, an upcoming opening for an apartment already has 10 families in line for it, according to Danielle Butler, its executive director.

Part of that is due to the city’s success. In Raleigh, as in many American cities, millennial professionals and retiring baby boomers increasingly want to live in the city and that has driven up property prices.

But that poses a challenge for city officials who know that cheap property prices — and an abundant supply of new homes — have long offered a competitive advantage, one that was easier to address when the suburbs were a bigger draw and the easy solution lay in creating new ones.

The result of property booms in bigger cities like San Francisco has been the pushing out of all but the richest from the inner city, says Aaron Renn, a senior fellow at the Manhattan Institute, a think-tank.

“Just because a place like Raleigh is growing and adding population and booming in a sense, and is not as pricey as San Francisco, it doesn’t mean they have necessarily cracked the code in integrating less-educated people into American success,” Mr Renn says.

Mr Perry has seen this first-hand. His biggest problem remains his lack of a university education in an economy that increasingly demands one. 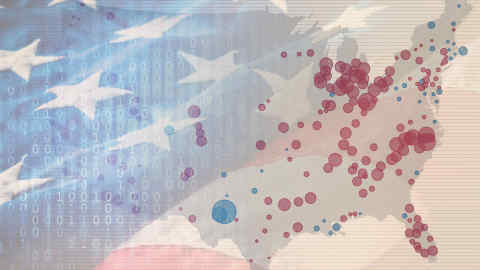 Since moving to Raleigh he has worked in a wood shop, a pharmacy and a bagel store — and struggled to hold down each of those jobs. He has found that a university degree, or at least being on a path towards gaining one, is an essential qualification for even low-skilled jobs.

“I’ve been in an interview [for a retail sales job] and they say ‘Hey, where’d you go to college?’ And I say ‘Well, I haven’t been to college.’ And they say ‘Oh. We’re kind of looking for people with more college experience’,” Mr Perry says.

Like many of economically disenfranchised Americans, the homeless 21-year-old sees hope in the folksy economics of Mr Trump, the likely Republican nominee. The billionaire businessman “has to be a good economist. He just has to be”, Mr Perry says.

But he has also latched on to a more internationalist plan than most Trump supporters. If Raleigh cannot offer him the middle-class opportunities a young man without a university education needs, then perhaps Germany can.

“College is free there,” he says. And for that he is trying to rekindle an important skill from his high school years. “I took German classes for two years.”

For years Adrienne Cole has had a simple job selling the benefits of Raleigh to companies looking to relocate. Educated workforce? Check. Quality of life? Check. Low taxes, property costs and a business-friendly government? Check.

But after North Carolina passed a law this year requiring transgender individuals to use the bathrooms for the gender of their birth, Ms Cole, senior vice-President for economic development for the Greater Raleigh Chamber of Commerce, has found herself embroiled in the culture wars.

“There is no doubt that it is having an effect on companies’ decisions to expand or relocate in North Carolina,” she says. “We have so many companies that are global in nature and have policies against discrimination. They don’t want to be in areas or a state where there are laws being passed that are taking away protections.”

The law — known as “House Bill 2” — has drawn outrage across the US. It has triggered a legal battle between the US justice department and Pat McCrory, the Republican state governor. Deutsche Bank froze its expansion plans in North Carolina last month. Local officials say an unnamed technology company that was considering putting 1,000 jobs in the region decided to go elsewhere while other companies have dropped Raleigh from their lists, explicitly citing the law.

Besides becoming an issue for the business community, it has also come to symbolise the political divide between conservative rural areas and Democratic urban centres like Raleigh.

Even the usually conservative Chamber of Commerce has taken a stand, calling last month for HB2’s “immediate repeal”. Shawn Donnan

Get alerts on US inequality when a new story is published