Anti-ESG ETF gets off to a roaring start

An anti-ESG exchange traded fund has attracted $315mn in less than a month, an eye-catching success for its start-up issuer and in marked contrast to the slower progress of other “anti-woke” ETFs.

Strive Asset Management’s US Energy ETF (DRLL) success in raising assets comes at a time when a swath of other “anti-woke” ETFs have struggled to get past $25mn.

The launch comes as Florida has passed a resolution barring its pension fund managers from embedding environmental, social and governance-related factors into their investing strategies, while Texas has criticised BlackRock and nine European financial houses for “boycotting” the fossil fuel industry as part of their ESG drives.

“We are representing the voices of a lot of everyday citizens who have their money invested by other asset managers used to advance social and political agendas that they do not agree with. That’s a breach of their fiduciary duty, in my opinion,” said Vivek Ramaswamy, executive chair of Strive.

“People are voting with their feet.”

Ohio-based Strive’s ethos is to be strictly apolitical, taking politics out of business and sending “a message to corporate America that they should focus on delivering excellent products and services rather than anything else”, said Ramaswamy, an entrepreneur who founded Roivant Sciences, a $2.5bn Nasdaq-listed healthcare company.

“Our voting and advocacy decisions are made with the sole interest of maximising the value of our clients’ investment accounts, with no mixed motivation to also advance a social objective,” added Ramaswamy, who believed the ESG approach harmed returns.

Strive plans to launch a series of passive index ETFs that can offer a viable alternative to pre-existing mainstream funds. DRLL, for example, has an expense ratio of 41 basis points, which was identical at launch to BlackRock’s $2.1bn iShares US Energy ETF (IYE), although IYE has since been cut to 39bp.

DRLL’s portfolio has a 99.7 per cent historical correlation with IYE, according to Strive, and the start-up asset manager plans to use its voting power to attempt to counter the influence of the large asset managers.

Specifically, for DRLL, Strive said it would “call on energy companies to evaluate all current and future internal investments exclusively based on financially measurable returns on investment, without regard to any other social, political, cultural or environmental goals”.

This would translate into capital investment in exploration and production being based on “growing domestic and international demand for carbon-based energy”.

Ramaswamy is also exercised by the pressure placed on boards to reduce “Scope 3” greenhouse gas emissions — those generated by the use of their products.

“Why is it in the best interests of a company to adopt scope 3 emissions planning?” Ramaswamy asked. “It’s literally calling for consumers to use less of the product that [the company] sells. In what other [sectors] does that make sense?”

Resolutions calling for companies to embrace quotas based on measures such as employees’ ethnicity and gender are also in Strive’s crosshairs, in the belief that “hiring should be based on merit, not on race, sex or politics”.

Ramaswamy’s philosophy is not that social, political, cultural and environmental goals are unimportant, “but they should be sorted out through the political process” rather than by powerful fund managers pressuring companies to kowtow to their belief systems.

He is also of the view that climate change caused by humans is real, but argues that fossil fuels should be measured by both the harms they cause and the benefits they bring, such as their role in enabling innovation and development.

At first glance, it might seem that Strive has little hope of achieving any real change unless it build scale.

This may not be strictly so, though. Engine No. 1, an equally small ETF provider whose two ETFs have a combined $420mn of assets, aims to make companies more “sustainable”. It succeeded last year in getting three of its four nominees voted on to Exxon’s 12-strong board, despite having a stake of just 0.02 per cent.

Ramaswamy, who said he had engaged with 10 investee companies since DRLL’s launch, claimed he was pushing at a partially open door.

“Many of these employees and management teams and even boards are inclined to go in the direction we want them to go, they have just had handcuffs put on them by the large asset managers,” he said.

Despite financial backing from Peter Thiel, co-founder of PayPal, and hedge fund manager Bill Ackman, Strive is likely to need to scale up fast in order to achieve the economies of scale of the large houses, given that it is matching them on price.

Advisers had mixed views on Strive’s likelihood of achieving this.

“There have been other asset managers that have attempted to offer an alternative to ESG investing and have struggled to gather assets,” Rosenbluth said.

“[Strive has] had a good first wave of inflows. Will there be a second or third wave? I’m not sure,” he added.

However, Nate Geraci, president of The ETF Store, was more optimistic.

“If Strive can position themselves as attempting to remove politics from investing, I believe they’ll continue building on the initial success of DRLL,” he said

“There’s no question they’re boldly trying to compete in the absolute toughest area of ETFs — low-cost, plain-vanilla exposure. Strive will certainly have an uphill battle to scale assets to a viable level, but their timing seems rather opportune given the recent ESG backlash.” 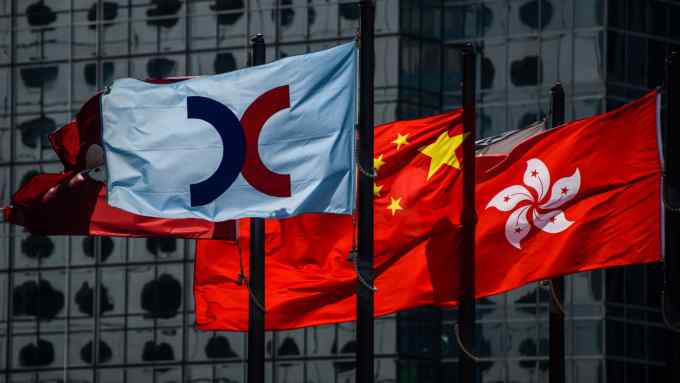