Facebook and Amazon among companies facing unilateral action from UK

Madison Marriage in London and Shannon Bond in San Francisco

The government has vowed to introduce dramatic changes to how large technology companies are taxed in an attempt to ensure internet giants pay their fair share following a series of controversies in the sector.

Philip Hammond, the chancellor, said on Monday that Britain would take unilateral action against large technology companies by introducing a “digital services tax” by 2020.

Mr Hammond said the measure, which is expected to raise £400m annually by 2022-23, was necessary to address concerns about the “fairness of the tax system”. He said: “It is only right that these global giants with profitable businesses in the UK pay their fair share.”

The move will help to address mounting public anger about the small amount of tax large technology companies pay in the UK, with eBay, Facebook, Google and Amazon all coming under criticism over their corporate tax payments.

The radical measure will come in the form of an additional 2 per cent tax on certain UK-generated revenues of search engines, social media platforms and online marketplaces. It will only apply to companies that are profitable and make annual global revenues from certain services of at least £500m. 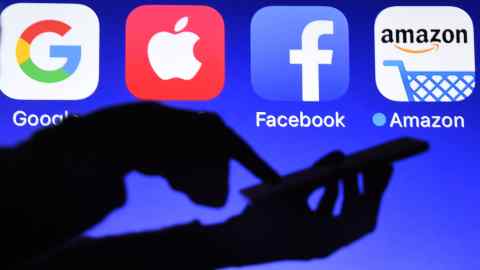 The chancellor added that the government remained committed to discussions with the OECD and the G20 on reforms to the international corporate tax framework. The UK tax would only apply until an alternative solution is reached internationally.

“This step shows we are serious about reform,” he said, adding: “We must make sure people play by the rules.”

Dan Neidle, a partner at Clifford Chance, the law firm, said the proposal — which is likely to catch Google, Amazon, eBay, Facebook and Apple — was “dramatic in that it’s a clear attack on the large internet companies”.

The measure goes further than most tax regimes around the world. The exception is Spain, where the government earlier this month released a draft bill introducing a digital services tax by 2019.

If approved, the new Spanish tax rate would be 3 per cent on the income derived from certain digital services by companies generating at least €750m in revenues globally and €3m of taxable revenues in Spain.

Mr Neidle added that the proposal could trigger a state-aid investigation from the European Commission if it were viewed as protectionist. It is unlikely that any British businesses would be caught by the measure.

The new tax could also prompt a backlash from the US, which is likely to see the move as an attack on some of its most successful industries. Amazon, Facebook and Netflix declined to comment. Apple, Google and eBay did not respond to requests for comment. 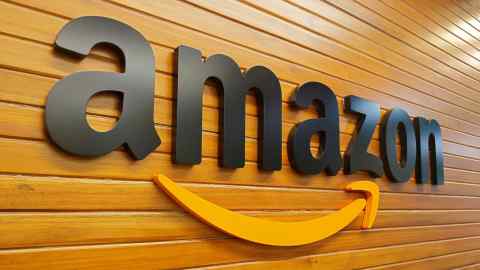 He added: “Significant concerns have been raised by business that without careful and narrow scoping, a [digital services tax] could have a detrimental impact on technology innovation taking place within larger businesses.

“With the narrow scoping required to prevent this, [this measure] could end up being a penal tax on a few select businesses with the potential to start a form of tax trade war at a time when the UK desperately needs friendly trade partners.”

But the proposal is likely to be welcomed by smaller businesses in the UK and Britain’s retail sector, which has struggled to compete with large online marketplaces.

Paul Martin, UK head of retail at KPMG, said: “The digital services tax . . . holds the greatest potential to rewrite how the retail game is played. Online marketplaces have often been able to rise above the problems faced by traditional legacy players or independents.”

Lawrence Jones, chief executive of the British IT company UKFast, added: “It’s way beyond time for action on the pitiful amount of tax paid by the likes of Facebook, Amazon and Google, so I congratulate the chancellor on taking this first step. If all UK businesses took advantage of the tax rules that apply to offshore businesses, the country would collapse.” 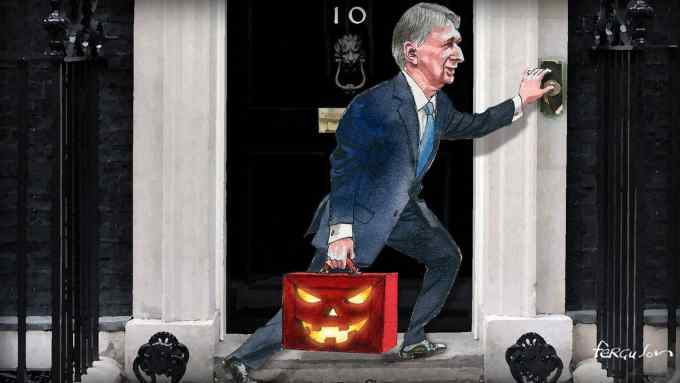