Put more women at the top with funding, entrepreneurship and academic research

When the American Bar Association took its first snapshot of female representation in the legal profession nearly two decades ago, it found that only 15 per cent of law firm partners and just over 40 per cent of associate lawyers were women.

There was already a pressing sense that the lack of women must be addressed. The hope was that those associates would, in years to come, use initiatives such as mentoring, women’s networks or flexible working to climb the career ladder to a place at the partners’ table.

But the ABA’s 2019 study reveals that women now represent just over 22 per cent of all partners and 19 per cent of equity partners (a category that was not measured nearly two decades ago).

“Women have been attending graduate law school in almost equal numbers to men for the past 20 years — we’re certainly not seeing that in terms of senior representation [of women at law firms],” says Anna Brown, director of global diversity and inclusion at Baker McKenzie.

Her firm’s novel way of tackling this is setting a target of 40 per cent male, 40 per cent female and 20 per cent “flexible” (which includes non binary, male or female) representation at key levels of the firm by 2025. It is the first big firm globally to introduce such targets.

The overall slow rate of progress, however, highlights the fact that new answers are needed. It explains why many in the sector are looking for fresh ways to encourage greater diversity. Here are three:

In October 2018, Burford Capital launched a $50m fund to offer financing for litigation brought by female lawyers or led by firms owned by women. The terms for the Equity Project were the same as Burford’s general offering, which pre-funds legal action — litigation finance — and takes a share of proceeds from successful cases. The usual $2m minimum threshold was waived to give women a chance to bring smaller cases.

We’re giving women a reason to put themselves forward

Aviva Will, a senior managing director at Burford, says the dedicated fund has led to a significant number of women coming forward.

The idea for the fund followed a review of Burford’s own data, she says. “Less than 5 per cent of the cases we looked at were coming from women lawyers,” she says. “[Now] women are stepping up, we’re giving them a reason to put themselves forward.”

By September this year, Burford had received 42 inquiries about the Equity Project, with $66m in fees and expenses attached. She declines to disclose how many of these cases have been funded.

Nicole Galli, founder and managing partner at ND Galli, a boutique law firm, champions the Equity Project and tries to raise awareness of it among lawyers. She herself has yet to take a case to the fund but describes it as “a game changer” for women’s advancement, especially as traditional efforts to address law firm diversity can result in women advancing but away from major revenue-producing roles.

Research from the National Association of Women Lawyers shows that most firms have no women among their top 10 revenue producers.

“The real power in law firms comes from having a [client] book, whether we like it or not,” says Ms Galli. She adds that women who are big revenue producers can then earn their places on key management committees, which can in turn drive broader change.

Faith Gay, a founding partner at Selendy & Gay, is another trailblazer. In 2018, she and 10 colleagues left Quinn Emanuel, the world’s biggest business litigation and arbitration practice, to create a “different kind of firm”. Most of the equity of Selendy & Gay is held by six women who share the partnership table with seven men.

The firm keeps down staff turnover by immersing new associates in an apprenticeship programme that gives them early courtroom experience, extensive coaching and business development. Ms Gay says: “We loved our time [at Quinn Emanuel]. We grew as lawyers there [but] we really wanted to start a firm, [to] form a civilisation with our own values.” She adds that while it was “possible” for big law firms to create an environment in which women thrive, “it takes longer because cultures are ossified”.

The new firm’s diversity has been well received both by clients, which want to be served by a range of people, and with juries, which are often drawn from more diverse pools. “We’re busier than we can deal with,” she says of the firm, which has grown to 13 partners, 40 associates and a staff of more than 100.

Roger Meltzer, global co-chairman, says the workshops were a result of the idea that traditional bias training had “seen its day” and should be replaced with something “innovative and disruptive”.

Prof Yoshino’s sessions use professional actors to push lawyers to view troubling situations “from a little bit of a distance”. Mr Meltzer says the research at NYU offered “real social scientific data” that workshops were effective and this appealed to lawyers’ love of data. In addition, the workshops helped create a culture where people could be their “authentic selves”.

Mr Meltzer says DLA Piper’s “seven-figure commitment” will be maintained annually because the material is constantly evolving and the firm has gained “enormous benefits”.

As well as producing happier and better-performing employees who stay longer, Mr Meltzer says the programme is “an extremely important part of our enhancement of our brand equity”. He adds: “There is no question that people are more likely to want to at least explore the possibility of working at DLA Piper because of our commitment to this.” 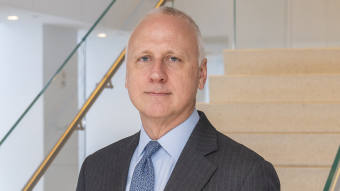