Bahcall, a physicist and biotech entrepreneur, brings an innovative and entertaining approach to the discussion of why and how innovative companies suddenly stagnate. He focuses on what happens in “phase transitions”, such as the “tug of war” between binding and entropy in water as it reaches freezing point. Find the right balance and suddenly crazy breakthroughs — “loonshots” — are possible.

The Technology Trap: Capital, Labor, and Power in the Age of Automation, by Carl Benedikt Frey, Princeton University Press, RRP£24/$29.95

Economic historian Frey, co-author of a widely cited 2013 report on the impact of automation on jobs, takes a provocative, original long view on current concerns, examining the fallout from past technological advances, from the pre-industrial era, through successive industrial revolutions, to mass production and artificial intelligence.

An academic book, but with a fascinatingly relevant message from the Victorian age about the stress and anxiety fostered by changes in technology, work and culture that has a surprising relevance in our modern age of burnout and disruption.

Activist Criado Perez offers multiple tales of gender bias unthinkingly embedded in policies, products and algorithms — from car seats to healthcare systems — because of the failure to take account of women while compiling or analysing the data. “Treating men as the ‘default human’,” Sarah Gordon wrote in the FT review, “means women are not just being treated unfairly — but are actually dying unnecessarily”.

Brave New Work: Are You Ready to Reinvent Your Organization?, by Aaron Dignan, Portfolio Penguin RRP£14.99/$28

The latest future-of-work manual is based on the insight that the structure, culture and work habits of “legacy organisations” are “completely made up”. The switch to a more evolutionary organisation is not likely to be smooth, but Dignan peppers his account with great examples of companies that are at least trying.

Alpha Girls: The Women Upstarts Who Took On Silicon Valley’s Male Culture and Made the Deals of a Lifetime, by Julian Guthrie, Currency, RRP$28/Piatkus, RRP£14.99

In the male-dominated world of Silicon Valley venture capital, any woman who makes it to the top is notable. Guthrie profiles four of them, detailing how they “hustled their way past the glass ceiling”, as FT reviewer Aliya Ram put it, with a mixture of “good humour, a thick skin and hard work”.

The Mission of a Lifetime: Lessons from the Men Who Went to the Moon, by Basil Hero, Grand Central Publishing RRP$22

Not strictly speaking a business book, but still a fascinating insight into how to manage complex organisations and daunting projects. Hero interviewed the surviving “Eagles” — the men who orbited or walked on the moon — and collected recollections from the Nasa team around them.

No Bullsh*t Leadership: Why the World Needs More Everyday Leaders and Why That Leader is You, by Chris Hirst, Profile, RRP£12.99

Marketer Hirst takes aim at the “massive Leadership Industrial Complex” with this punchy, straightforward, practical guide to what leaders do and how they should do it. His underlying message: leadership is not as complicated as the gurus make out, so get started.

Late Bloomers: The Power of Patience in a World Obsessed with Early Achievement, by Rich Karlgaard, Currency, RRP$28

With a thesis to appeal to any ageing dreamer, the publisher of Forbes magazine points to the strengths of late bloomers, betrayed by a system that forces everyone to conform with the idea that if you do not succeed in your twenties, you have failed. It is a compelling and well-told message.

Given the fast-moving news about Facebook, this take on the social-media network’s evolution, by one of its early investors, will require regular updates if it is not to fall quickly out of date. For now, though, it stands as one of the best inside stories of the unravelling of the reputation of Facebook and its founder Mark Zuckerberg.

For a look at the best summer books across genres, go to ft.com/summerbooks2019 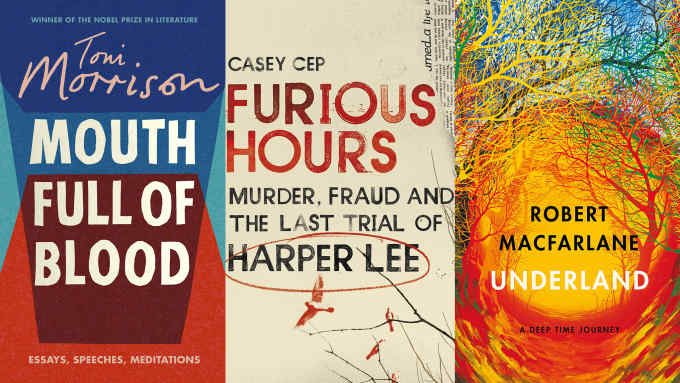