‘Femtech’ adapted to benefit women and girls in poorer countries

Applications include period-trackers and screening for cancer

Some 400 adolescent girls in Mongolia and Indonesia this December will start using a free period-tracking app to help them learn about menstruation in an entertaining and positive way.

Oky has been developed by Unicef, the UN agency for children, for use in low- and middle-income countries where menstruation is often stigmatised and poorly understood by girls.

The app is an example of “femtech”, a term coined in 2016 to describe digital technology targeted specifically at girls and women. Femtech spans a wide range of applications, from online screening for cervical and breast cancer to fertility tracking bracelets and remote medical consultations.

According to Frost & Sullivan, the market research company, the global femtech market could be worth $50bn by 2025. But while much of this will be spent in the developed world, Unicef has identified particular opportunities in low-resource areas.

Gerda Binder, Unicef regional adviser on gender, says adolescent girls in these regions have many questions about puberty, menstruation and what is happening to their bodies.

“This information isn’t easily available to them and many think when they get their first period that they are sick, have cancer or are dying.”

Uptake of previous apps in poorer countries has been low and Unicef over the past couple of years has been trying to discover why.

“We learnt that data access can be expensive, connectivity poor and WiFi unstable,” says Ms Binder.

Many think when they get their first period that they are sick, have cancer or are dying

To make a period-tracking app accessible, it must be shareable among friends via Bluetooth, or downloadable via a link or QR code. It must also be usable offline, and require minimal data storage, otherwise it may be deleted for taking up too much space.

Girls tend to have access to low-end smartphones, and share handsets with friends or family members, says Ms Binder. “Because several girls might want to track their period on the same phone, the app needs user login and very serious password and data protection.”

In recent months, Unicef has been testing and modifying Oky in Indonesia and Mongolia. It found that girls want it to be gamified and have an icon unrelated to its topic. The plan is to continue monitoring uptake and adapt the app for each country as it is introduced worldwide.

Femtech is also being used in developing countries to combat cervical cancer. Some 90 per cent of the 6m women this disease is expected to kill in the next 15 years live in these regions.

Cervical cancer develops slowly and is almost always treatable, meaning regular smear testing in well-resourced countries can be effective. But doctors in poorer regions tend to rely on visual inspection, and because check-ups are rare, they treat anything that looks problematic, often unnecessarily.

In 2015, Tel Aviv-based MobileODT launched the Eva System, which improves visual inspection significantly by combining a mobile phone with a 16x magnification lens.

It lets clinicians photograph the surface of the cervix, record what they see, track progress, compare images and upload them to the company’s portal. Software helps users complete the clinical documentation needed for a cervical cancer diagnosis.

Used in 42 countries, the Eva System has made a real difference in the developing world, says Rachel Gross, business development manager at MobileODT.

“Because clinicians can record images and store them online, if they have questions, they can consult an expert anywhere in the world,” Ms Gross says. The charity Grounds for Health is using it to link healthcare workers in Ethiopia with cancer specialists in the US.

Having images stored on the cloud is useful in low-resource settings that may lack computer hardware and record-keeping systems, says Ms Gross. The fact that the pictures cannot be altered helps in sexual assault forensics, for which the Eva System is also used.

The latest version this December will include an AI-based cervical cancer screening test. Combined with existing methods, this will spot precancerous lesions immediately, without waiting for lab results.

Breast cancer checks in developing countries are subject to similar challenges. Ultrasound and mammography are not routinely available, so doctors tend to rely on manual clinical examination.

Researchers at Warsaw-based Braster have developed a portable device that uses thermal imaging to help healthcare workers spot breast cancer. Agnieszka Byszek, medical director of Braster, says: “It is designed to be simple, safe and affordable at a few dollars.”

The readings are uploaded on to the Braster portal, where an algorithm examines their thermal structure and looks for structural asymmetry. “These factors can be correlated with cancer, because tumours create their own blood supply and their temperature is higher than the surrounding tissue,” Ms Byszek says.

Other techniques such as ultrasound and biopsy are still needed to confirm malignancy, but the device makes routine check-ups quicker and more effective.

The Braster device has been approved for use in the EU, India, Brazil, Mexico, Chile and Colombia and the company is seeking registration in Russia and China. It has been testing the technology on 3,000 women and will publish the results by the end of the year. 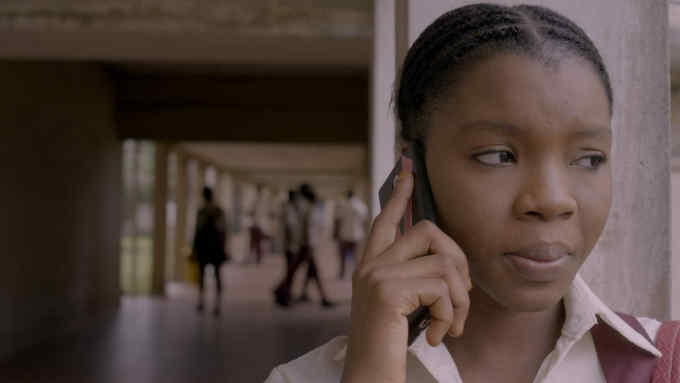