Why do so many organisations mess up on race?

Until people in power really understand racism and discrimination, progress will be slow
Ravi Mattu 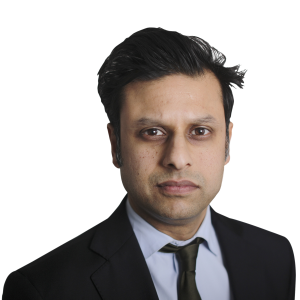 How should we manage matters of race in the office? Two incidents in 2019 stand out as powerful examples of why so many organisations get it badly wrong — and why getting it right is more important than ever.

The first was in September, when the BBC presenter Naga Munchetty was reprimanded by the broadcaster’s complaints unit for commenting on Donald Trump’s call for four US congresswomen of colour to “go back home”.

Ms Munchetty, who was born in London and is of Indian origin, had been clear, measured and restrained when asked by a white, male co-presenter how the US president’s remarks felt to her. “Every time I have been told, as a woman of colour, to go back to where I came from, that was embedded in racism,” she said. “Now, I’m not accusing anyone of anything here but you know what certain phrases mean,” she continued, adding that she could “imagine that lots of people in this country will be feeling absolutely furious that a man in that position thinks it’s OK to skirt the lines by using language like that”.

The BBC said she had broken its guidelines on impartiality. Following a public outcry, the decision was overturned by Tony Hall, the broadcaster’s director-general.

The second incident occurred in October when Radhakrishna Shanbhag, a senior surgeon of Indian origin who has worked for the UK’s National Health Service for almost 30 years, revealed how he was humiliated when a patient asked to “have a white doctor” to perform her operation. “Part of the problem is I do not know how the organisation will support me,” he told ITV News.

Matt Hancock, the health secretary, told NHS staff a week later that such behaviour was unacceptable.

The fact that Lord Hall and Mr Hancock had to be publicly shamed to (eventually) back their staff highlights how even organisations with diverse workforces mess it up on race.

Sonia Kang, a professor at the University of Toronto who studies diversity at work, says employers have been slow at rethinking how they operate. “Diversity has been about getting more numbers through the door, but not enough organisations have considered what we do once we actually have a different type of workforce,” she says.

One simple reason for lack of progress, according to Bessma Momani, a professor at Canada’s University of Waterloo, is that managing a diverse workforce is initially difficult. “It is not easy at the start, even though it pays off in increased productivity and profits in the long term,” she says.

Both professors say organisations are under pressure to change from within, pushed by minority employees and a millennial workforce that looks beyond merely financial incentives when choosing employers.

The broader political context is also crucial. Donald Trump has a history of race-bating. Boris Johnson has defended using foul language before he was prime minister such as calling Africans “piccaninnies” with “watermelon smiles” in his newspaper column.

Mr Shanbhag has experienced racism at the NHS for years but managers did nothing. He spoke out now because the situation has become worse since the Brexit vote. “People feel emboldened,” he says. “Brexit has given people the confidence to think they are not alone in feeling this way, that half the country has this attitude. It’s OK to come out of the closet in a sense.”

That shift helps explain why so many employees from minority backgrounds are fed up.

Until more people in power really understand racism or discrimination, progress will be too slow. Fixing that requires more minorities to be put in positions of authority to effect change and less focus on pointless internal surveys that ask people how they feel.

It also means employees should be encouraged to speak up publicly rather than be penalised for it.

I have always hesitated to write about race. I did not want to be the minority employee writing about a topic that felt too obvious. But I no longer have a choice. Employers have a role to play in our battle. And managers need to wake up.