The long road to elimination of neglected tropical diseases

Despite some progress, the fight is a long way from the finish

When Ernesto Ruiz-Tiben began his work to eradicate guinea worm disease more than 30 years ago, he felt “it was going to be like dragging a dead elephant through a swamp by its tail.”

Guinea worm (dracunculiasis) is one of the most unpleasant of the world’s neglected tropical diseases (NTDs). The waterborne parasite grows up to a metre in length inside the human body before emerging again slowly and painfully, usually through the feet, debilitating its victim. But in 1981, health workers exhilarated by the recent eradication of smallpox — the first time in history that a human disease had been eliminated — made guinea worm their next target. Back then, an estimated 3.5m Asians and Africans were infected every year by this “disease of the poor”, which, like other NTDs, hits the world’s most deprived communities hardest.

Of the many poverty-related tropical illnesses that exist, the World Health Organisation has selected 18 as good targets to control, eliminate and in some cases, eradicate. These ancient diseases are notorious for their disabling and deforming symptoms — and some, whether leprosy or elephantiasis, seem to belong to bygone eras. Effective treatments exist for many, which explains why they have all but vanished in richer countries, where better funded health care systems and improved sanitation have slowed the spread.

Meanwhile, the focus and funding has turned to fighting the so-called “big three” killers: malaria, HIV/Aids and tuberculosis. The low profile of NTDs has been compounded by a lack of reliable data on when and where they occur — not to mention archaic or unpronounceable names that make them hard to popularise.

This magazine, written by FT correspondents and freelance journalists around the world, shows that the battle against NTDs is far from hopeless. The campaign to eradicate guinea worm offers important pointers to success. High-level political commitment is the first prerequisite, says David Agyemang, programme manager in Ghana for the UK-based charity Sightsavers.

Through his non-governmental organisation, former US President Jimmy Carter championed the cause with business and heads of state. He also kept up pressure and accountability by visiting affected countries, even brokering a ceasefire in Sudan in the 1990s to allow health workers access to those at risk.

The Carter Center’s work against guinea worm, headed by Ruiz-Tiben, has made good progress. A combination of health education, larvicides, water filters and dogged determination helped cut instances of the disease to just 25 cases in four countries in 2016.

“I cannot give a date when it will end, but we are doing everything we can to make it happen,” Ruiz-Tiben says.

Another element of the campaign’s success, says Agyemang, who was previously in charge of the Ghanaian ministry’s war on guinea worm, was that local communities were “in charge”. Villagers, for example, deployed guards next to water where the infection was transmitted, and people were fined for wading in. He has seen less evidence of both community involvement and political commitment with campaigns for the other NTDs, however.

In 2012, in the London Declaration on Neglected Tropical Diseases, governments, donors and 13 pharmaceutical companies pledged to push for the control or elimination (meaning that they only infect tiny numbers of people each year) of a further nine NTDs. Much of the progress has been the result of so-called mass drug administration programmes, in which the entire population of an area is treated without first being tested for infection. Drug distribution has helped eliminate onchocerciasis (river blindness) from several countries in the Americas. Drug companies’ support and government funding, combined with improved hygiene, is helping maintain a similar momentum against the bacterial disease trachoma, another source of unnecessary blindness.

Insecticide spraying and the widespread distribution of mosquito nets as part of malaria programmes has had the side effect of helping prevent mosquito-transmitted lymphatic filariasis (also known as elephantiasis). The World Health Organisation’s target of global elimination of that disease is advancing well, though the 2020 deadline might still prove too ambitious.

On other NTDs, progress has been slower and elimination remains a more distant prospect. Not all diseases are as amenable to elimination with the toolbox of drugs, diagnostics and insecticides that is currently available. New combinations of drugs and innovative, faster-acting medicines with fewer side-effects are needed.

Paradoxically, in many cases, progress can present its own obstacles. “Once you move towards elimination, communities forget the burden,” says Simon Bush, Sightsavers’ director of NTDs. “We have to remind the community to remain alert and report cases. That is something I have nightmares about: that the diseases could come back.”

Prof David Molyneux, NTDs lead at the Liverpool School of Tropical Medicine, says more co-operation between health officials and their counterparts in education, sanitation and water is needed to address the underlying causes of infection and transmission. Poor access in conflict zones, such as South Sudan or Syria, allows infection rates to rise and then spread as refugees flee. The high-profile epidemics of Ebola and Zika have introduced competing pressures on weak health systems, too, he says.

“It’s great there is international attention,” says Bruno Gryseels, director of the Institute of Tropical Medicine in Antwerp, who warns that controlling disease is only part of broader development challenges.

“The world will not always fund control programmes. They need to be integrated into regular health services. It might be easier to tackle poverty.”

Communities have to remain alert. I have nightmares that the diseases could come back

Finally, there is nature’s confounding power to adapt. If guinea worm is close to eradication, the last steps are proving extremely difficult. In Chad, the parasite — previously thought to require human hosts to live — has been identified in dogs and even frogs in the past few years. That has raised concerns that the disease will continue to spread undetected via animal populations.

“Sometimes you feel totally overwhelmed,” concedes Ruiz-Tiben. “But if you keep at it, you see the light. It’s been a struggle, but we’re very close now.”

From its factory in South Africa last year, GlaxoSmithKline manufactured, transported and donated more than 1bn tablets of albendazole to governments across Africa for the treatment of lymphatic filariasis - also known as elephantiasis. In the global drive to expand from “control” towards “elimination” of a range of diseases, deliveries of drugs such as albendazole, in combination with Merck’s ivermectin, are crucial.

The gift was mirrored by contributions of drugs from a dozen other pharmaceutical groups as drug industry chiefs fulfil pledges made at the London declaration five years ago to provide medicines now totalling more than 1.8bn treatments a year.

They have been supported by non-pharma partners such as DHL, the international logistics company, which has helped with shipments of the donated drugs.

This approach marks a big improvement on past methods of donating medicines during humanitarian crises.

Programmes need to be part of regular health services. It might be easier to tackle poverty

Typically treatments were given piecemeal by members of the public, rather than by the drug companies themselves and often the drugs were close to, or beyond, their expiry dates. Some were inappropriate for the intended use, or at least not the most urgently needed treatments.

By contrast, the donations by big pharma companies for NTDs have so far been more strategic, appropriate and controlled. Yet some scepticism remains, whether from those who say companies are acting in self-interest to boost their public image, to others who complain that the donations permit very substantial tax write-offs that offset much of the cost.

A more fundamental concern is the long-term commitment to such programmes. Bernard Pécoul, head of the Drugs for Neglected Diseases Initiative, a Geneva-based non-profit organisation that helps develop better drugs for the world’s poor, is among those who would prefer to dispense with handouts. “Big donations are not sustainable and they kill the market,” he says, echoing a stance taken by Medécins Sans Frontières, the medical relief organisation, on both drugs and vaccines.

Yusuf Hamied, chairman of Cipla, the Indian generics company, says his efforts to provide the drug praziquantel, used to treat schistosomiasis (or bilharzia), at a low cost have been undercut by large donations from Merck of Germany. Rival suppliers from China charge less than his cost price, but only with the use of polluting manufacturing processes.

To supporters of existing practices, however, it is not clear whether even highly competitive, low-cost production of many of the drugs needed to treat NTDs would sustain, let alone expand on, the quantities that are currently being provided by donations. The market is not lucrative for manufacturers, and many governments in high-burden countries have shied away from providing additional funding, even for very low-priced medicines.

For now, the drug companies are at least adhering to their declaration commitments. There are calls for further donations, such as of Pfizer’s drug azithromycin, to treat yaws, alongside its existing donations of the drug for trachoma, under which 500m doses have been given away since 1998. In the absence of significant additional public sector resources, donations are still filling an important gap for now. 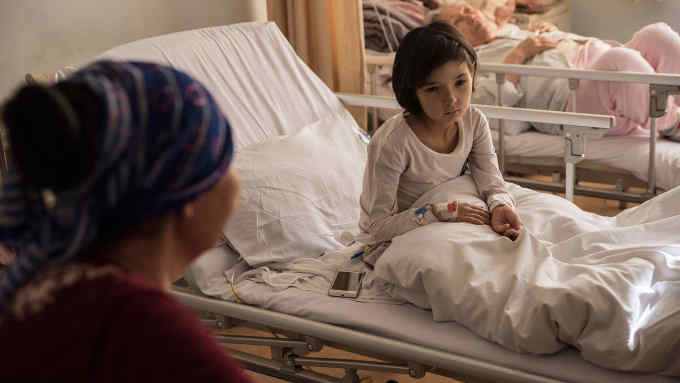