This year will be remembered as the point when the long-anticipated energy transition to a low-carbon future moved unequivocally from being a topic of debate to a shift of substance.

This transition away from fossil fuels will still take longer than many would wish — but the pace of change will outstrip the current conventional forecasts.

Covid-19 is just one factor in what is a more complex story. The real driver has been a judgment made on the part of the energy business — in particular European-based oil and gas companies such as BP, Shell, Equinor and Total — that for basic commercial reasons they need to be on the green side of the future. This mirrors a similar realisation among energy-consuming companies in many other industrial sectors.

Resisting the pathway towards renewables has been recognised as both futile and bad business. The new thinking has come to a head now because the Opec cartel has lost its ability to control oil prices, thanks to the emergence of a sustained surplus of potential supply over demand.

Both oil and gas prices have been in decline since 2014. The recession that has followed the spread of Covid-19 has pushed prices down further this year. The result has been extensive asset writedowns — $22bn for Shell alone — and a realisation that numerous planned projects are no longer commercially viable.

Oil is, of course, still required. Demand cannot easily be substituted in areas such as freight or air transport. But with prices capped by the ready availability of supplies — not least from the US shale sector and from producers desperate for revenue — investments in the development of resources requiring higher sustained prices to be commercially viable will be hard for many international oil and gas companies to justify.

The reserves that can be developed at current prices are concentrated in the Middle East and other unstable areas such as Venezuela and Libya. Almost all of those supplies are controlled by state companies and are therefore inaccessible to the international companies.

Dependence on such areas is likely to grow but will be strategically unattractive to importing nations. The US may have achieved effective self-sufficiency but Europe and Asia, which now imports 50 per cent of all oil that is internationally traded, remain reliant on external suppliers. Countries such as China, which imports 12m barrels a day, Japan (3.7m b/d) and India, whose imports have risen by two-thirds to more than 5m b/d over the past decade, are the most vulnerable.

Energy security, let alone concerns about the climate, will drive the desire to maximise indigenous energy production. The Chinese dominance of some of the newer, greener energy technologies — from wind and solar to advanced grids — is evidence of Beijing’s discomfort with dependence.

These are the markets for which the incumbent energy businesses will now compete. The process is not easy. Such companies have to ride two horses. They must harvest the revenue from existing oil and gas assets and simultaneously decide which elements of the low-carbon energy market offer attractive future returns.

Hydrogen, energy storage, even a new generation of low-cost nuclear facilities are all possibilities. So too is the infrastructure — from grids to charging systems — essential to match new supplies to demand. A change of mindset is also required. After decades of focusing on production, the companies must adjust to a market in which consumer choices will dictate what is delivered and how.

In many ways, some of these companies are ahead of governments that over the past decade have devoted most of their time trying to pin down elusive global agreements on emissions reduction.

There are signs, however, that the focus has shifted to the industrial challenge and the contest for competitive advantage in a new energy environment shaped by knowledge and technology rather than resource endowment.

China holds an edge at the moment but will face competition from Japan, Germany and the UK, where corporate investors will secure backing from governments increasingly concerned about Chinese ambitions.

All these developments undermine many of the conventional long-term forecasts of the energy mix. Hydrocarbons — oil, gas and coal — accounted for 80 per cent of global energy demand last year, according to the latest edition of the BP Statistical Review. That percentage has barely changed over the past two decades. The consensus has been that hydrocarbons will still account for 70 per cent or more in 10 or 20 years’ time.

But the shift in commercial priorities will change the timeline. Covid-19 has not swept in a new green world order, but its impact on the energy market has been to force a reassessment of the commercial realities.

The latest report from the International Renewable Energy Agency shows that this year, for the first time ever, global investment in renewables is outstripping investment in oil and gas.

The stage looks set for a much more rapid transition than was until recently thought, comparable in speed and reach with the IT revolution of the past two decades. 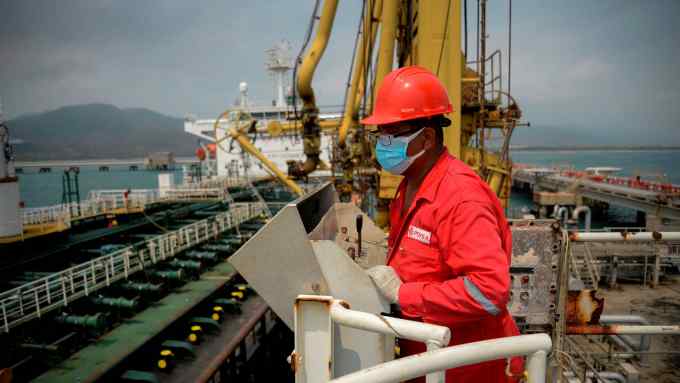