Why German wages need to rise — and fast

Pay has failed to rise in step with productivity, giving businesses an edge over foreign rivals

Mario Draghi, the president of the European Central Bank, seldom finds his views on how to boost the eurozone’s recovery aligned with those of the Bundesbank, Germany’s lender in chief.

Bond buying under its quantitative easing programme is seen in Berlin and Frankfurt, the country’s political and financial capitals, as a bailout of profligate southern member states. Negative interest rates are lambasted for penalising German savers and in some instances have been blamed for the rise of nationalism. Yet while the German economic establishment has objected fiercely to the ECB’s economic policies, there is one point both sides agree on: German wages need to rise — and fast.

Central bankers care about this because higher wage growth in the eurozone’s largest economy would help them do their job. The ECB and other central banks target inflation of below, but close to, 2 per cent. The reason why the target is not closer to zero is because that would expose economies to the risk of deflation, or falling prices. While cheaper goods and services may sound good in theory, a vicious bout of deflation can lead to falling wages and weak demand as people and companies delay purchases in the hope that prices will fall even further. The phenomenon of falling prices was one reason why the Great Depression was so pernicious, and why Japan’s economic troubles have proved so intractable.

The threat of a vicious spiral of falling prices and falling wages in the eurozone is serious. Now at 0.5 per cent, inflation in the eurozone has consistently undershot the ECB target in recent years, making it desirable for wages in Germany to rise faster in order to offset falls in prices and stagnant wages in less well off parts of the euro area.

The case for higher wages in the eurozone’s economy is, Mr Draghi said in September, “unquestionable”. He warned that if the environment of low inflation made low wages a permanent feature of the labour market, it would become increasingly difficult for the bank to hit its inflation target.

That sentiment has been echoed by the Bundesbank, whose chief economist Jens Ulbrich suggested unions should call for better pay deals.

The question of why German wages are not rising faster is one of the biggest riddles of the economy. Unemployment is close to its lowest level since reunification, yet negotiated deals saw pay rise by just 0.9 per cent in the second quarter from the previous quarter — the lowest level since Germany began compiling the data in 2011.

Though the latest figure for wages did not take into account reasonably generous pay deals agreed with the metals and chemicals industry, the broader trend is that pay deals in recent decades have undershot improvements in productivity. Some experts remain unconvinced there is a problem. “[Wages] have risen and they are rising, and fairly substantially,” says Gregor Dornbusch, a partner at law firm Baker & McKenzie. “If you look at the agreements between unions and certain industries, we’re more or less at 2.5 to 3 per cent. That’s much higher than inflation.” 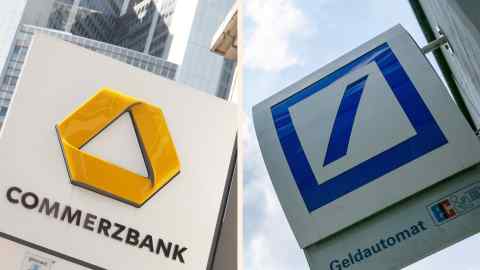 Mr Dornbusch acknowledges that the after effects of the Agenda 2010 labour market and welfare reforms, designed to get people back into work, may have kept wages depressed. He believes, however, that the political climate favours pay restraint. “There are those who prefer Keynesian economics,” he says. “But the image of the ‘Swabian housewife’ who prefers to keep the house in good order is prevailing . . . in politics at the moment.”

Some economists argue that inflation is the wrong measure for setting wages — instead, they suggest, German wages should have moved in line with improvements in productivity. Their failure to do so since reunification has given companies an advantage over foreign competitors and may be a factor behind Germany’s healthy current account surplus: lower wages keep export prices down and reduce demand for imports that consumers might buy if they were earning more.

At the same time, wages at the bottom end of the labour market, where bargaining by trade unions is less of a feature, have risen at an even slower pace. “If you look at the worst paid jobs, such as hairdressers in East Germany, they are not participating in any collective bargaining agreements,” says Marcel Fratzscher, head of the DIW think-tank in Berlin, who has written on growing wage inequality. “That’s an important part of the picture.” A minimum wage, introduced this year, has helped address the problem. Originally €8.50 an hour, it will rise by 4 per cent in January.

“The minimum wage has helped 4m people, that’s almost 10 per cent of the workforce,” says Mr Fratzscher. But he adds that the effect on incomes has been reduced by the government cutting back in-work benefits. There has also been a lot of avoidance of the minimum wage, he says, “with workers having to work unpaid overtime”.