We use cookies (opens in new window) for a number of reasons, such as keeping FT Sites reliable and secure, personalising content and ads, providing social media features and to analyse how our Sites are used.
Manage cookies
Accept & continue
FT Series Tefaf Maastricht art fair 2019
See all 9 stories
Collecting

Here are the art fairs and sales to watch in 2019

This year, the art market report presented at Tefaf’s symposium will focus on China — its emergence in the past 30 years, its key players and its future. One week later, on March 22, Sotheby’s New York will offer works that have been changing hands in China for far more than 30 years. The star is the 15th-century painter Shen Zhou’s “Poems on falling flowers in running script” (est $1.2m-$1.8m), a handscroll written when the artist was grieving for a lost son. Its provenance stretches from a Ming dynasty Yuanjin temple to the 20th-century painter and collector Wu Hufan. Other highlights include Chen Hongshou’s delicate, pink-tipped 17th-century ink on silk “Lotus and Rock” (est $1m-$1.5m) and Xu Beihong’s 1935 “Galloping Horse” (est $150,000-$250,000).

Other Chinese treasures go on sale in New York at Christie’s, from the collection of Florence and Herbert Irving. The Asia wing at New York’s Metropolitan Museum of Art carries the Irvings’ name, as they donated more than $100m and 1,300 objects to the institution. The theme of the March 20 sale is academic: an unusual Qing dynasty “spinach-green” jade pot (est $200,000-$300,000) shows a scholar trailed by a devoted attendant, shade-giving peach branch in hand; Fu Baoshi’s ink and colour work on paper seats another scholar at his desk, quill poised over an empty page, while a snooping passer-by peeks in the window (“Lithe like a crane, leisurely like a seagull”, est $800,000-$1.2m).

At the end of the month, at Paris’s Drouot, two Renoirs are included in a collection of paintings, furniture and bronzes dating from 1592 to the 20th century. A glowing apricot-pink wall is as striking as the foregrounded fruit and flowers in the artist’s “Still life, flowers, oranges and lemons” (1888, est €400,000-€500,000), while his hazy “Normandy Landscape” is touched by a light wind (1894, est €60,000-€80,000). A suite of six velvet-covered chairs and a triple sofa, whose carpentry dates to the 1710s, are estimated at the same price as Renoir’s landscape, while a sterling silver chocolatière with a dark wood handle is expected to go for €250-€350.

The end of March also sees the return of the Bada fair, whose 27th edition of fine art, design and antiques runs in London’s Duke of York Square from March 20-26. New additions to the 100 or so galleries include Milan-based Salamon Fine Art, who will show a selection of Old Master prints. Rembrandt’s young “Seated Man” reclines in an alcove with a wry smile; Durer’s “Saint Gerome in the Desert” kneels penitent, lion by his side. Confirmed highlights elsewhere in the fair include a gilt wood sofa from Thomas Chippendale’s workshop, and a 1940s Sibyl Dunlop moonstone and sapphire brooch. The fair will be complemented by an exhibition, Philip de László: An Anniversary Celebration of one of the last Grand Manner portraitists, famed for his paintings of leading public figures and aristocracy.

In the autumn, 100 exhibitors set up in London again, at Lapada in Berkeley Square (September 13-18), where prices range from £500-£500,000. Last year, Anthea A G Antiques was the goose with the golden egg — or, in fact, the golden duck: a Georges Lenfant dress clip, “Mr D Duck with attitude”, with a heart made of citrine and a diamond bow around his neck.

Two months later, the 29th edition of Olympia London’s winter art and antiques fair (November 4-10) comes at an exciting time — planning has just been approved for a £700m regeneration of the area. In addition to new communal areas, the project will build a 1,000-seat arts space and a 1,500-seat theatre, but access to the fair’s site will remain open throughout the works. Furniture highlights include an 1830s satinwood and pietra dura marble table from S&S Timms, and an Italian Louis XIV gilt wood and marble-topped centre table. Another recently announced expansion, of Masterpiece’s partnership with Fine Art Asia (October 4-7), involves a reciprocal arrangement in which each will have stalls at the other’s fair. Masterpiece’s slot at the Hong Kong fair will be large enough for 25 exhibitors. 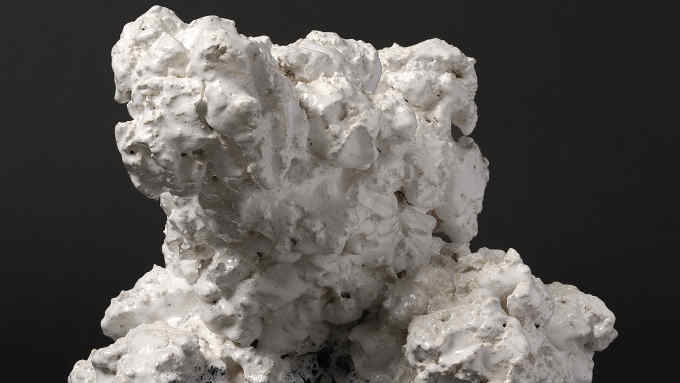