Covid-19’s disruption to semiconductor supplies has been the latest in a line of setbacks for carmakers, following higher tariffs from the US-China trade war and pasts shortages after the Japanese earthquake in 2011. But despite the impact on European groups including Volkswagen and Daimler, many producers are reluctant to overhaul their “just-in-time” supply chains.

In theory, this approach cuts large inventory levels by moving components just before they are needed — sometimes from the other side of the world. “We need to co-operate with the very best suppliers that are available and unfortunately they are located all over the planet,” says Anders Williamsson, head of purchasing at Scania.

The Swedish truckmaker now has production facilities across Europe and in South America, India and China. “It would be a romantic dream to think we would be able to get all the competencies and capabilities we need into European or Swedish soil,” Williamsson argues. “That will never happen.”

Just-in-time models can also cut costs by removing the need for storage space and eliminating waste from the supply chain, while avoiding the accumulation of unsold finished products.

However, the pandemic has exposed flaws in this particular pursuit of efficiency. As manufacturers and suppliers addressed Covid-19, car factories closed, shipping slowed and costs climbed, piling pressure on global supply chains.

Volkswagen, the world’s second-largest carmaker by volume and the parent company of Scania, said in December that semiconductor bottlenecks would cut production by 100,000 vehicles in the first quarter of the year at its sites in Europe, North America and China. It now says it is considering dealing directly with chip suppliers, rather than through parts makers such as Continental and Bosch.

“We have to make sure that wafer and semiconductor manufacturers know our needs,” the company says. “Getting in direct contact with these companies is a first step that we want to make in the future.”

The current crisis has also highlighted manufacturers’ reliance on the world’s largest chipmaker, Taiwan’s TSMC. In response, the European Commission has urged manufacturers to reorganise their structures and buy EU-made automotive semiconductors.

“We have set an ambitious target to boost production of cutting-edge semiconductors by the end of the decade,” says Thierry Breton, Europe’s internal market commissioner. “By 2030, we want to reach at least 20 per cent of world production of faster and more energy-efficient semiconductors in Europe.”

Twenty EU member states, including Germany, committed in December to strengthening Europe’s ability to design and fabricate electronics, and advocated for investment in processor chips research.

It’s striking how little change there was in world trade patterns in 2020 . . . most of the change was surprisingly small

“The European car and semiconductor industries will benefit from closer co-operation . . . At the end of the day, this is about Europe’s technological sovereignty,” Breton adds.

Infineon, Europe’s largest semiconductor company, warned this month that car companies should consider holding larger stockpiles of chips because of the long lead times in the semiconductor sector.

Parts maker Continental is one of a number of companies looking to source chips from alternative suppliers, says Jürgen Braunstetter head of the German group’s automotive supply chain. It has already seen the shortage hit its profit margin.

However, Germany car lobby group, VDA, says its members believe the existing automotive supply chain “passed the test of the lockdown” and is still the most efficient way of organising the flow of materials.

Even as the EU encourages companies to shop at home, Williamsson says the expertise of chipmakers abroad makes that difficult. In addition, the fact that carmakers have smaller market shares than electronics companies means they lack the clout to spur change.

“When it comes to semiconductors, we are the small guys and consumer electronics are the big guys,” Williamsson admits.

For these economic reasons, it is unlikely that political pressure will force widespread changes, reckons David Dollar, a senior fellow in the John L Thornton China Center at the Brookings Institution, a think-tank.

“You always have a tension between politics and economics and I suspect in most cases economics will win out,” says Dollar. “There are powerful reasons why these supply chains have developed.”

BMW, which has not experienced production interruptions tied to the semiconductor shortage, suggests just-in-time supply chains can be kept intact, in spite of the wider crisis. “Meticulous daily monitoring of thousands of suppliers and their locations” can ensure a “stable and flexible” supply of parts, it argues.

France’s Valeo, one of the world’s largest car parts suppliers, says its supply chain has proved “extremely resilient”. Volkswagen, while reconsidering its relationships with semiconductor suppliers, also says it will not overhaul its supply chain.

Even after a US-China trade war, which some analysts felt sure would weaken global supply chains, the European auto industry still sprawls the globe. “It’s striking how little change there was in world trade patterns in 2020,” says Dollar. “By the end of the year, most of the change was surprisingly small.”

Big companies are still focused on short-term profit and want to keep operations as lean and efficient as possible, he says. There may be more stockpiling, and value chains may be shorter and nearer to home, but Dollar says: “I’m sceptical this will be a widespread phenomenon.” 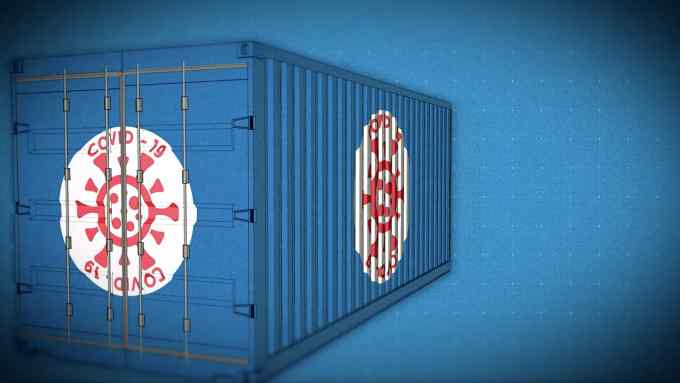