Rachel Maclean: satire for the age of Snapchat

Maclean creates hyper-saturated, darkly disturbing worlds using green-screen video, animation and visual effects. She started out playing the multiple characters in her videos herself, with elaborate costuming and prosthetics, but now also works with actors.

When we meet in the quiet of the Zabludowicz Collection library, I tell her I find her work nightmarish and dystopian. “Yeah,” she agrees, “it sort of feels like the world we’re living in — a heightened version of it.” Talk turns inevitably to Brexit, then Trump. She sighs, half laughing: “The absurdity of the world and the absurdity of politics at the minute, where it’s just like, ‘f**king hell, what next?’”

Born in Edinburgh in 1987, Maclean studied painting at Edinburgh College of Art and saw a lot of “alternative comedy” at the city’s Festival Fringe. In comedy, she says, “you can talk about serious ideas without it feeling too weighty”. Her own work tackles serious ideas — nationalism, identity, gender — filtered through her signature kitsch aesthetic and coloured with an absurdist comedy.

“Spite Your Face”, on show at Zabludowicz but made for the 2017 Venice Biennale, where she represented Scotland, is a dark reworking of the Pinocchio tale for the age of “untruth”. It is set in an Italian cityscape awash with material bling, where even the churches operate like shops (“Please insert your offering to unlock your wish”). The film has much to say about contemporary life, yet it is steeped in art history. Made for Venice’s Chiesa di Santa Caterina, the influence of Italian painting is clear: some sequences have the one-point perspective of Piero della Francesca, others resemble the crowded, flattened world of a Giotto fresco.

Perhaps at a time where the rhetoric is often backward-looking (“Take Back Control”, “Make America Great Again”), an artist can’t express something of the present without looking to the past. This makes Maclean — influenced in equal part by Renaissance painting, 18th-century caricature and internet memes — a good choice for the National Gallery’s programme of living artists “in dialogue” with the collection. From November, her 2012 film “The Lion and the Unicorn”, made in the lead-up to the referendum on Scottish independence, will be on show at the gallery to coincide with its display of Edwin Landseer’s “The Monarch of the Glen”.

While Maclean’s film is, in many ways, a record of a particular moment — it splices found audio from David Cameron, Alex Salmond and Jeremy Paxman — it is also a wry comment on the construction of nationhood. “I think Scotland has very successfully merchandised itself,” she laughs. But she has a serious point about what this does to collective identity. The “Victorian shortbread box version of Scotland”, as epitomised by Landseer, she argues, bears little relation to the no-nonsense pragmatism that really defines the national character.

As in all of Maclean’s work, there is a lot going on. Her aesthetic is maximal, she explains. “I don’t think I was a very natural painter. I always tried to fit way too much into a painting.” But in video, “you’ve got more room”. She loved dressing up as a child, and was “obsessed” with filming things on her dad’s video camera. When she rediscovered these interests at art school, she realised she had found a way of working that could accommodate her diverse interests — something she could “feed ideas into”.

It’s a strange moment for feminism. Being hopeful, I’d say these are the death throes of the patriarchy

Maclean’s meticulous videos suggest a perfectionistic hand, a suspicion that is confirmed when she greets me at Zabludowicz wearing block colours that complement the palette of her work, precise make-up and neatly cropped hair.

Her carefully realised worlds lure the viewer in — in part by extending the aesthetic of the film into the gallery space, here done up with lurid satin curtains and plush carpets. They rely on the sense of immersion that comes when we forget the outside world, so experimenting with virtual reality was a natural step for her. “You know with horror films,” she says, “if you come in at the bit where it’s scary, it’s not scary, because you need the build-up of tension and you need a bit of time to feel like you’re in that world. “But with VR, you’re in it immediately.”

“I’m Terribly Sorry” (2018), a Zabludowicz commission, is Maclean’s first VR work. It is a witty, grotesque portrait of “Brexit Britain”, a post-apocalyptic landscape of building-sized Big Ben key rings and giant teapots. As with “The Lion and the Unicorn”, she is interested in the iconography of a nation — what it shows and conceals. The idea of Britishness, she says, was “forged in many ways through the pursuit of empire, [and] it’s very difficult [for people] to hang on to Britishness and let go of that idea, and be comfortable with the idea that we’re just a small nation that might not have the influence that we once had, and might not want it or need it.”

After our interview, I make my way to the darkened room dedicated to “I’m Terribly Sorry”, which has Union Jack carpets and VR headsets hanging from the ceiling. I feel oddly jumpy with my headset on — immersed yet exposed. Characters come lurching towards me, asking for money, but all I can do is take pictures of them on a phone.

Such powerlessness is a feature, too, of “Make Me Up”, Maclean’s other new work in the exhibition. A commission from the BBC, it will be shown at the BFI London Film Festival next month and on BBC Four in November.

It is Maclean’s most ambitious work to date, and the first time she has worked with a cast of actors. A feminist sci-fi-come-game-show, the protagonists Siri and Alexa find themselves trapped in a dysfunctional beauty clinic presided over by Figurehead, who is played by Maclean but voiced by Kenneth Clark, using clips from his classic 1969 television series Civilisation — to hilarious effect. Original and engrossing, “Make Me Up” is an attack on both the “male-orientated art canon” that Clark represents and on today’s beauty industry, with its Instagrammers and vloggers, cleverly suggesting how the two intertwine.

Maclean was halfway through making the film when the Harvey Weinstein revelations came out. “It’s a strange moment for feminism,” she says, reflecting on almost a year since the #MeToo movement began. “I don’t know what to make of people like Donald Trump and the alt-right reaction against feminism. If I’m being hopeful, I’d probably say these are the death throes of the patriarchy. But another part of me thinks this is a sign we are not as far forward as we thought we were.”

Cindy Sherman is a clear influence. Maclean remembers going to an exhibition of her photographs at the National Gallery of Scotland as a teenager and “thinking how much fun it looked”. She was attracted, too, by the way Sherman “interrogates female identity” by making elaborately costumed self-portraits in different guises — something that now seems prescient. “Her work’s always been relevant, but it feels very relevant now to the age of social media, identity politics, people representing themselves in photographs as their idealised self.”

Maclean’s sickly sweet aesthetic nods to Instagram filters and cutesy Snapchat animals, a digitally altered version of reality that is both alluring and grotesque. The evolution of her work echoes that of video art itself over the past decade, from rough and raw to more detailed and controlled, thanks in part to the affordability of editing software.

“About 10 years ago, there was still a sense that if you made work that was polished at all it would be too close to an advert, or it wouldn’t be punky and radical enough if it didn’t have a slight scuzziness to it,” she explains. Now there is “a greater perfectionism to the aesthetic of video art”. Stylistically and politically, Maclean’s time has come.

Film, video and VR work to see during Frieze Week

Christian Marclay’s video “The Clock” is a 24-hour montage that splices together thousands of images of clocks in film so that they show the actual time. The piece suggests that the one thing all people — real or fictional — share is the present moment (Tate Modern, to January 20 2019; 24-hour screenings on October 6, November 3 and December 1).

Also blurring reality and fiction is Hearsays, the debut solo show of Brooklyn-based James N Kietnitz Wilkins. It includes a VR work that puts the viewer in near-total darkness, and a film scouring the surface of a river in Maine, both accompanied by freewheeling monologues about cinema and small-town American life (Gasworks, to December 16).

Jordan Wolfson uses VR to a more visceral end, casting the spectator as witness to a brutal assault on a New York street. The piece caused a stir when it debuted last year at the Whitney, as Wolfson gives viewers neither context nor the power to stop the aggressor (Zabludowicz Collection, to October 21).

Los Angeles artist Martine Syms’ solo show Grand Calme is a road map to Millennial anxiety, with text-message neuroses written on the walls (“Who’s going to grab my booty?”) and a virtual avatar of Syms herself hanging in the middle of the space, an AI that visitors can text and chat to (Sadie Coles HQ, to October 20).

John Akomfrah continues his recent run of multi-screen installations with Mimesis: African Soldier, which tells the stories of some of the millions of Africans who were enlisted to fight on both sides of the first world war, combining new film and archive footage (Imperial War Museum, to March 31 2019).

New gallery Goldsmiths Centre for Contemporary Art opens with an exhibition of New York artist Mika Rottenberg, whose wacky sculptures and absurd videos, generally decked in garish colours, question notions of labour and pleasure in a plastic world (to November 4). 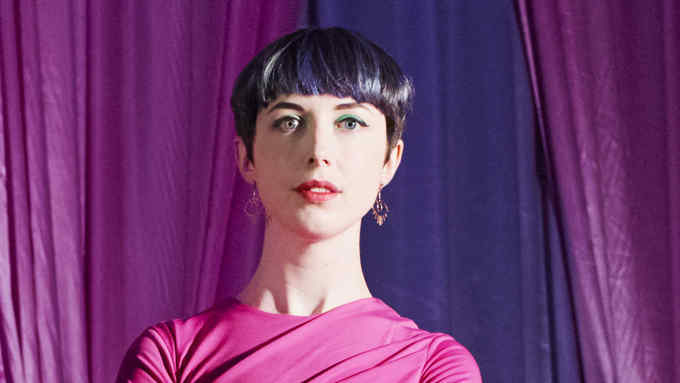