Tech start-ups are helping to change the throwaway culture

Food waste was not a problem when the forerunner of Baldor Specialty Foods, one of North America’s largest fresh produce distributors, began trading as a pushcart in downtown Manhattan a century ago. Before the advent of landfill sites and refrigerators, customers would generally eat all the local fruit and vegetables they bought rather than throw it away.

“There wasn’t this idea you could put it in a bag, throw it on to a kerb and make it somebody else’s problem,” says Thomas McQuillan, vice-president of strategy, culture and sustainability at Baldor.

Today the food company — which processes about 544 tonnes of fresh produce a week at its plant in the Bronx — is using technology to help it return to its waste-free past. Baldor, which makes products such as carrot sticks and melon balls, has developed a software platform for its restaurant and grocer customers to track inventory, buy fresh food and measure waste, helping to reduce surplus.

Weather-tracking technology allows Baldor to adapt where it buys quickly, reducing the risk of ruined produce. The company continually measures the temperature of produce in transit and is developing edible, plant-based packing to preserve it for longer, reducing unrecyclable waxed paper packaging.

Awareness about the volume of food wasted in people’s homes has grown in recent years, and many food businesses are also now taking action.

Value of the food thrown away around the world every year

The industrialisation of food production after the second world war, ­followed by the “green revolution” — when technology, fertilisers and pesticides increased yields — have meant people in developed economies live in an era of food abundance.

Yet a third of the world’s food, worth $1.2tn a year, is thrown away, according to UN data. Not only does this affect the environment by increasing greenhouse gas emissions and using land and water resources, it also costs businesses money. The US spends $218bn a year — 1.3 per cent of gross domestic product — growing, processing, transporting and disposing of food that is never eaten, according to ReFED, a non-profit organisation fighting food waste.

Food waste is a logistical problem. In the same way tech companies such as Amazon and Uber transformed the way objects and people move from A to B, tech start-ups are trying to help food move from field to fork more efficiently. From drones that support more precise farming to solar-powered cold storage, insects that turn food waste into animal feed to robotic food processors, the industry is ripe for innovation.

More than $125m of venture capital and private equity funding has been invested in US food waste start-ups in 2018, according to ReFED.

“We are just now seeing the innovation curve flex upward,” says Chris Cochran, executive director of ReFED and a former sustainability executive at Walmart. “We have had less innovation than we wanted to see and less investment to date. We are just scraping the surface of what’s possible.”

Spoiler Alert is one such start-up. The software platform allows retailers and foodmakers to donate to food banks or sell to discounters any surplus produce that would otherwise end up in landfill.

“Technology hasn’t been as lively in the food industry as in other industries and we are starting to see more appetite for it,” says Ricky Ashenfelter, chief executive of the Boston-based company.

One of its biggest clients, meal kit service HelloFresh, claims to have reduced the amount of organic waste it sends to landfill by 65 per cent and has donated 1m meals to those in need with Spoiler Alert’s help.

Big food companies are eyeing these start-ups for potential partnerships and acquisitions as the financial case for cutting waste becomes more urgent. During his time at Walmart, Mr Cochran said food waste shifted from being seen as a cost of doing business to a “CFO-level priority”.

“Since the great recession there has been a change in market dynamics, where top-line growth has been much harder, so food companies are looking for more creative ways for increasing their bottom line and food waste has risen to the top,” he says.

News in Focus podcast14 min listen
What’s behind the rise in food allergies?

While technology helps businesses do this, is there a risk they will adopt technology for technology’s sake? “What worries me is there has been lot of investment from Silicon Valley and elsewhere that’s not solving the real problems,” says Danielle Nierenberg, co-founder of Food Tank, a non-profit organisation that campaigns to reform the food system.

She says there are many low-tech ways to reduce food waste based on traditional farming methods, such as those used in developing countries where access to this technology is limited. For example, cutting off and eating the green tops of sweet potatoes to extend shelf life and provide extra nutrition.

Baldor has also benefited from deploying simple techniques — it sells peelings to juice and soup manufacturers and turns non-edible leftovers, such as melon rinds, into animal feed. As a result, the company no longer sends any organic refuse to the landfill.

Either way, the tech innovation happening in food waste is helping to drive a wider cultural change in the way people value food. “There is so much momentum right now,” says Ms Nierenberg. “I don’t think it’s an issue that’s going to go out of vogue again.”

This article has been amended to show that Spoiler Alert works with HelloFresh. 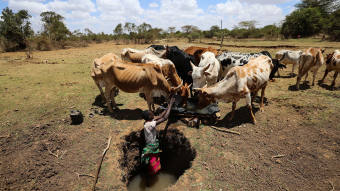 A four-part series examining growing algae for the plate; why gene-edited food is in the balance; bold ideas find backers; Chile’s junk food fight; is organic enough?; rethinking the system. Plus agri-robots in action on video and a podcast discussion of the science behind DNA diet apps