A jilted employer’s guide to saying goodbye to departing workers

You have just quit your job. You are given a cardboard box and told to empty your desk. Before being shown the door, you are reminded that your contract forbids you from working for a competitor for a year.

For Karen Seward, an employment law partner at Allen & Overy, this is precisely the wrong way to deal with a departing employee. “So many people when they resign get treated like, ‘Oh you’re dead to me,’” she says. “I want to say to clients that they should be following a strategy of ‘brilliant exits’ for people.”

Plenty of employers try to part ways with employees on amicable terms. But the notion that this is a business imperative is gaining traction among employment lawyers, consultants and HR professionals for several reasons. For one thing, they say, some employees might eventually return. According to CEB, a research company that analyses data from large employers, roughly 5 per cent of staff in the businesses it tracks are “boomerang employees”. The number of returners may be relatively small, but they are growing, says Brian Kropp, an HR practice leader at CEB.

Another reason for the increased emphasis on maintaining relationships with departing staff is that prospective employees tend to bypass glossy corporate websites promoting the business as a great place to work. Instead, they talk to current and former employees about what it is really like.

“That’s the source people trust the most,” Mr Kropp says. “If you’re an employer and an employee says I’m thinking about quitting, you want to make sure they leave on very good terms because they’re going to be the people out in the labour market, telling other people about you.”

Former employees can also sometimes become clients or customers. This is particularly common in sectors such as management consultancy, where the notion of “alumni networks” — which keep former employees connected — first took off. The McKinsey alumni network, for example, has more than 30,000 people in 120 countries. Indeed, McKinsey markets the network as a “lasting benefit of a McKinsey career”.

Ms Seward believes many more employers should embrace the notion that they are embarking on a 30-year relationship with a new employee, not a three-year one that will end the day they leave. In fact, she thinks new staff should join alumni networks as soon as they arrive. “The word alumni has got connotations that aren’t very helpful — it’s really about your network and what your cohort is,” she says. “If you get everyone signed up to your alumni network including all the existing staff, it’s not something that applies only at the end.”

Yet companies are sometimes pulled two ways. While they may see the value in staying in touch and parting on friendly terms, many feel the need to act aggressively to protect their own interests when employees leave. The most common way to do this is through post-termination non-compete or non-solicitation clauses, which block former employees from joining competitors or taking former clients. 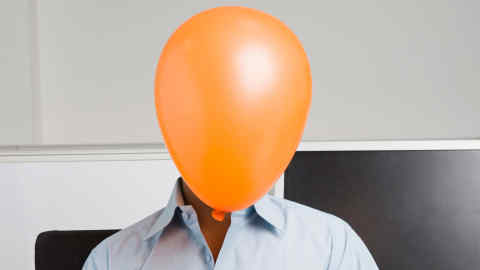 Stefan Martin, an employment law partner at Hogan Lovells, says employers are “very alive to their image in the market” but that does not mean they are less inclined to include restrictive covenants in contracts — or to enforce them. In the US, roughly 18 per cent of workers — 30 million people — are covered by non-compete agreements, according to a report published last year by the White House. More than a third of Americans have worked under a non-compete clause at some point during their career.

But that is increasingly grating for workers and policymakers alike.

“What you’re seeing is a tension between an employer seeking to protect what it regards as its property and information, and employees who feel all they’re doing is simply exploiting their own ideas,” Mr Martin says.

In California, non-compete clauses are banned. Technology companies turn instead to confidentiality and intellectual property law to make sure competitors do not benefit at their expense. The UK government has launched a consultation on whether to ban post-termination restrictions, on the basis that they may stifle economic dynamism by making it harder for people and ideas to move around.

Stephen Ratcliffe, a partner at Baker McKenzie law firm, says he and his colleagues try to “have that conversation” with clients, asking them: “Is it really the right solution to use to restrain this person from going to a competitor?”

One less antagonistic way to achieve the same aim is to use longer notice periods, which allow employers to put staff on paid gardening leave for up to a year. “It costs you, but at least you have the employee on the hook during that time and that’s much easier to enforce the post-termination non-compete,” says Günther Heckelmann, another partner at the same firm.

Ms Seward agrees that employers need to be more inventive about finding “lower-key” ways to protect their interests when employees leave. “If you put your foot on the back of someone’s neck, and drive it down into the ground . . . it doesn’t [bode well] for your continuing relationship with talent after they have left.”

Get alerts on Professional networking when a new story is published