Single-stock ETFs struggle to get past distributors

Though shops have been pumping out single-stock ETFs since the first products got the regulatory stamp of approval this summer, they still have to overcome at least one hurdle, industry executives say: getting their products into the hands of investors.

Two dozen single-stock ETFs have debuted since July, according to data from FactSet Research.

The largest is the $53.2mn Direxion Daily TSLA Bull 1.5X Shares ETF, which collected $50.4mn in net inflows from its August 9 launch through September 15, according to FactSet. The second-largest, the $51.2mn AXS TSLA Bear Daily ETF, added $55.4mn from its July 14 inception through mid-September.

None of the other 21 single-stock ETFs launched so far have gathered more than $7.3mn in assets, the data show.

“I really doubt any of the advisers are going to recommend these ETFs to their clients because these are mainly very short-term trading tools,” she said. These products are also not likely to be included in model portfolios for the same reason, she added.

Though single-stock ETFs are new in the US, they have been around in Europe since 2018 and have struggled to gather assets there, too.

Leverage Shares, one of the biggest providers of European-domiciled single-stock ETFs, has 182 such products on the market, FactSet’s data show. Combined, the funds had over $192mn in assets as of the end of September. But nearly $100mn was in one fund — Leverage Shares 3x Tesla ETP, which launched mid-March 2021.

Some firms are focusing their efforts on teaching investors about the new product type.

“I think education is going to fall heavily on the shoulders of these issuers to make sure that when individuals and advisers are buying them, they know exactly what they’re getting,” said Jillian DelSignore, managing director and head of adviser sales at FLX Networks.

Direxion, for example, has a dedicated online learning centre for educating retail investors and financial professionals on single-stock ETFs.

“One of the things we really stress is education,” said Ed Egilinsky, Direxion’s head of sales and distribution.

Currently, Direxion has five pairs of single-stock ETFs available on major trading platforms, including Schwab and Fidelity, Egilinsky said. “We have filed for additional single stocks, leverage and inverse,” he added.

“I think that the jury is still out on how these will be received by the wealth management platforms,” she said.

Direxion and firms including AXS, GraniteShares and Kurv were the first to launch leveraged and inverse products in the US.

Since then, officials from regulators, including the Securities and Exchange Commission‘s Caroline Crenshaw, as well as Massachusetts’ top securities regulator, Commonwealth Secretary William Galvin, have raised concerns over associated investment risks of these products.

But first movers in the space appear unconcerned by the headwinds and are planning more launches.

“We are in the process of deciding what products to launch next,” said William Rhind, chief executive of GraniteShares. The firm is mostly looking at companies in the technology sector, he added.

The New York-based firm has four single-stock ETFs that give investors exposure to Apple, Coinbase and Tesla, according to its website.

And more ETF providers are jumping on the bandwagon. 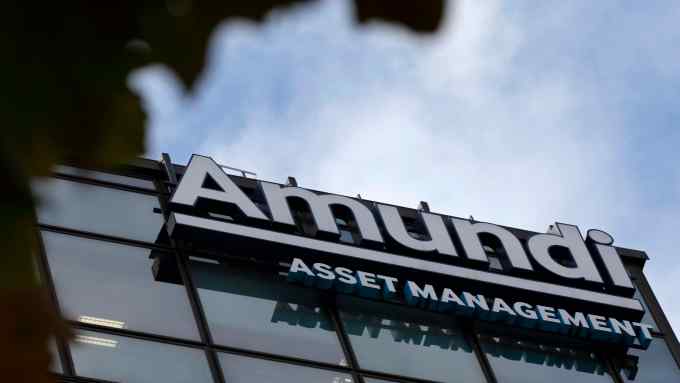