Vonetize, an Israeli company that offers video on demand to customers in Africa, Latin America and other emerging markets, is “not very focused on the exit”, in the words of its chief executive, Noam Josephides. The founder says he has no plan to sell the company any time soon.

Vonetize, which provides a Netflix-style premium streaming service via mobile devices and smart TV, launched in 2011 with $200,000 from an angel investor. The company in 2014 then raised $6m via small, private financing rounds, with some help from friends and family.

Until recently Vonetize — like Israel’s other ambitious technology start-ups — would have struggled to muster the funding and overseas marketing muscle needed to see it from the start-up stage into a global expansion. Many, at the first reasonable opportunity, sold out to the highest bidder — typically a US technology or private equity group — and moved on to the next thing.

But now, Israel’s technology sector is awash with funds from US, European and Chinese investors scouting for companies that want to grow on their own terms and timetable. This is partly driven by the high valuations in the US that are encouraging funds to look beyond Silicon Valley for good deals, but it also underlines the attraction of Israel’s start-ups.

Vonetize is weighing up its options: to fund expansion into Southeast Asia and other new markets, the company may raise money from institutional investors, or launch an initial public offering in Tel Aviv, New York or London, its chief executive says.

In any event, an IPO would be just a “step on the way” to what Mr Josephides calls the company’s first milestone: a $5bn valuation. “We want to build a huge company,” he says. “That is clear to us.” Shooting for a $5bn valuation might sound like hubris, but Israel is known for its cluster of innovative start-ups.

With a small domestic market of just 8m people, entrepreneurs in Israel have a tendency to sell early. A common question posed at conferences was when Israel — nicknamed Start-Up Nation in an eponymous 2009 book — might become “scale-up nation”. Israelis asked when their country, which has no household-name multinationals other than generic drugs group Teva, would get its own corporate national champions like Finland’s Nokia or Germany’s Siemens.

But as its technology sector matures, the Jewish state is seeing more companies expand to employ hundreds of people locally, achieving valuations of $1bn or more and gaining the status of “unicorns”.

“Up until five years ago, 99 per cent of Israeli companies, when you asked them ‘what is your strategy?’, they would answer ‘exit’,” says Josef Mandelbaum, chief executive of Perion, a Nasdaq-listed digital advertising group that has been acquiring other companies and now has a staff of about 660 worldwide.

Mr Mendelbaum, whose company launched in 2010 with $30m sales and closed 2015 with more than 10 times that amount, says: “I don’t think there’s any reason why you can’t build a big company headquartered in Israel. That’s what I want to do.”

Technology sector
Waze’s $1.1bn sets a target for others to aim for 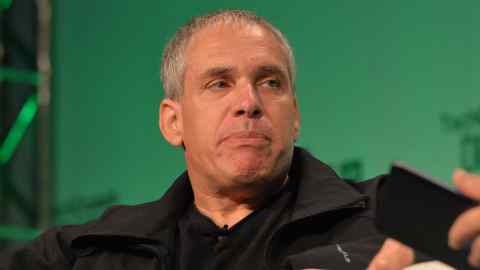 The crop of new and bigger companies worth $1bn or more is a source of growth for an economy that contends with demographic challenges and acute political risks. While some “old-economy” companies and industries are stagnating or struggling, the country’s growing technology sector is a magnet for inward investment and a continuing source of jobs — including for its underemployed Palestinian and ultra-Orthodox minorities. The industry accounts for 18 per cent of gross domestic product and more than one-third of the country’s total exports, according to official statistics.

One of the reasons Israeli technology groups are expanding is that they are over-represented in sectors that are growing on the back of global demand: mobile applications, web engineering and most notably cyber security — an area where Israel’s national security needs are helping to feed a world-class industry.

Check Point, founded by veterans of Israeli military intelligence, pioneered firewalls and Israel’s broader push into cyber security. It has long set an example for new companies, and remains one of Israel’s largest with a market capitalisation of $14bn.

It now has competition. Mobileye has built up a dominant presence in the market for camera-based automotive systems, powered by image processing algorithms that allow cars to brake or drive autonomously. It has resisted advances from would-be buyers; its founders Amnon Shashua, a computer science professor, and Ziv Amiram secured an early $100m investment from Goldman Sachs and set their sights on building a standalone company. It listed its shares in 2014 in the biggest Nasdaq IPO for an Israeli concern, and is now worth about $8bn.

CyberArk, a cyber security company that listed on Nasdaq in 2014, is worth about $1.5bn. Nasdaq-listed Wix.com, with a valuation just under $1bn, is growing its office in Tel Aviv as it expands its do-it-yourself web development business.

Rise of the unicorn

Other “good candidates” for unicorn status, according to PwC’s partner in Israel Rubi Suliman, include Gett (formerly GetTaxi), an Uber-like cab-hailing and delivery company; IronSource, an online software and mobile distribution company; Outbrain, a “content discovery platform” provider; and Taboola, which helps content providers find links that will drive traffic to their sites. None have yet floated.

Critically there is a new generation of experienced serial entrepreneurs, who are drawing on resources gained building big companies overseas, to offer examples to new start-ups.

“We now have two to three cycles of Israelis who spent time in the US, developed their companies there, came back to Israel, and re-created or joined another company, effectively importing this expertise,” says Gadi Tirosh, managing partner of Jerusalem Venture Partners, a leading venture capital fund, and CyberArk shareholder.

Uri Levine, co-founder of the mobile navigation and mapping app Waze, joined other shareholders in selling the company to Google for a reported $1.1bn in 2013 and is now involved in several new technology companies. “The difference is coming from the entrepreneurs themselves,” says Mr Suliman. “They are looking at Waze, Gett, and Mobileye and saying: ‘I want to build a large company, a large multinational’.”

CyberArk epitomises this trend. Founded in 1999, it initially moved its headquarters to Boston to hone its products and find customers in the world’s biggest economy — a familiar path for Israeli technology companies.

Cloud-based service that allows users to create and customise websites. Valued at $875m, Wix is known for its 2015 Super Bowl advertisement slogan #ItsThatEasy

Focuses on ‘advanced cyber threats’ from people who use insider privileges to attack the networks of top companies and banks. Cyberark is valued at $1.4bn

An Uber-like Israeli app that books black cabs. Gett is expanding into on-demand delivery of other goods and services, from dry cleaning to champagne

Based in New York, the Israeli-founded company says its content discovery platform is installed on thousands of websites. Outbrain says it makes billions of recommendations every month

[Valuations where quoted are from market close on January 5. Source: Thomson Reuters Datastream]

When some early investors began “pushing for the exit door”, says Udi Mokady, the company’s co-founder, CyberArk engineered a deal that allowed it to remain independent: Jerusalem Venture Partners together with Goldman Sachs bought out the investors, and the company went public in 2014. CyberArk is now “very global” in its operations, Mr Mokady says, but has a solid Israeli presence: nearly half of its more than 600 employees are based in its home country.

Amid the enthusiasm some sceptics voice concerns that the rising valuations, as in Silicon Valley, may be too high. Already in 2015, IPO activity fell in both number and value, from 18 listings worth $9.8bn in 2014 to eight worth $3.5bn, according to PwC. While some of the fall happened as a result of the large value of Mobileye’s $5.3bn IPO, Israeli companies also face a narrowing window of opportunity to list in the US or UK, the consultancy said in a 2015 report.

The Israeli technology sector, like its US counterpart, has seen some high-profile failures, including that of Modu, the maker of a lightweight mobile phone that ceased operations in 2011, or Betterplace, the electric car infrastructure company that went bust in 2013.

Notwithstanding the cautionary notes being sounded, or the cooling of public markets globally, Israeli companies are finding it easier than ever to secure private capital. This, analysts say, is still readily available for top Israeli companies at high valuations.

“Five years ago typically you had to go overseas to California and Europe to talk to VCs,” says Gilad Rozen, president and chief executive of Celeno, a company specialising in what it calls smart WiFi technology. “Now in Israel there are more and more funds who specialise in growth capital.”

Technological change is also allowing the sector to grow domestically. In a world of apps, and other technologies deployed across borders, Israeli companies are no longer as dependent on their small local market, nor on the rite of passage in which senior management decamps to the US.

“A decade ago if you wanted to do marketing and sales and get the scale, you had to open up in the US or another market,” says Michael Eisenberg, a partner with Aleph, a venture capital fund. “With internet marketing, you can get to a larger scale without having to recruit in another part of the world when you’re still a fragile company.”

Vonetize learned this lesson about leveraging technology to achieve scale in its early days. It teamed up with Samsung in 2012 to provide its service on all of the South Korean company’s devices sold in Israel — about 1.3m in all, says Mr Josephides, more customers than any of the country’s cable providers.

Israel’s expanding technology companies do complain of structural limitations on their ambitions — most notably around the local availability of skills. They have to compete for talented technology workers with the likes of Intel, Microsoft, Google and Facebook, which have big research and development operations in the country and in some cases have enjoyed government incentives to expand. About half of Israel’s estimated 280,000 high-technology workers are employed by multinationals, according to Nir Zohar, Wix’s chief operating officer.

Among the chief complaints of local companies is the bureaucracy involved in recruiting skilled workers from overseas and at least 14 companies have grouped together to lobby over regulatory issues and other matters of concern.

The government, which has played a role in nurturing the country’s technology sector, says it is taking steps to meet the business community’s needs including regulation and financing

As for Vonetize, it already appears to be on a strong growth path. Asked to defend his vision of a $5bn valuation, Mr Josephides says the company is already in a “hyper-growth period”: its service will be in all Latin American countries by June and 59 worldwide; Vonetize signed up, he says, 200,000 users in its first 10 days in Brazil.

“We need to grow, need more people, and we need in place capabilities for a big company that’s no longer just two people,” he adds.