Masters in Finance rankings 2021: the trends that matter

Making sense of the FT tables

No school has dominated these rankings like HEC Paris. Out of the 10 annual FT masters in finance (MiF) degree rankings to date, the French school has now gained the top spot nine times.

HEC Paris again heads the 2021 ranking of the best 55 pre-experience degrees — for those with little or no relevant work experience. A second ranking lists the top-four post-experience programmes for professionals who have worked in the sector. Both tables are compiled using data from business schools and alumni who completed their masters in 2018.

Part of HEC Paris’s continued success can be attributed to its alumni earning the second-highest average annual salary, at $156,583 — a rise of 92 per cent three years on from the first salary after graduation. The school is also rated highly for career progress and international mobility, measured by changes of country of employment between graduation and today.

Analysis of the past five years’ data shows that HEC alumni salaries are typically higher than those from other European schools. But an alumnus from an Asian school is more likely to earn a higher salary three years after graduation when adjusted for purchasing power parity between countries.

Ranked schools proved effective in equipping graduates with skills in corporate finance and quantitative methods — for roles in finance, banking, consultancy and any other sector requiring such knowhow. Two-thirds of survey respondents who completed an internship were offered a job from that placement, mostly in the investment banking sector.

Graduates say their main reasons for studying for an MiF are better career opportunities and higher salaries. For women, personal development is the second most-important motivator.

And, over the past 10 years, the gender disparity of faculty at business schools has shrunk. This year, 35 per cent of all faculty members were women, up from 24 per cent in 2011. Schools’ advisory boards are becoming less male-dominated, too.

The UK remains the most popular destination for international students, with approximately nine out of 10 graduates coming from overseas. But French schools have taken the top-five places in three successive rankings, with ESCP Business School ranked second, Skema third, Essec fourth and Edhec fifth.

For the third consecutive year, ESCP wins top marks for its career service and international course experience, based on the number of students completing internships and exchanges in countries other than their school’s location.

EMLyon Business School registered the best progression in the ranking, climbing 12 places to 15th. The French school had more female and international students than last year, improving its diversity.

University of Texas at Austin: McCombs rose five places to joint 43rd and is the top school in the US. Its alumni earn $96,952 on average, the highest salary among US institutions in the ranking. Surveyed graduates praised the school for providing a robust immersion in business and finance.

MiF graduates are likely to progress quickly in their careers. A large proportion of alumni were graduate trainees in their first job after graduation; three years later, their seniority level was most likely to be junior manager or professional.

Only a few schools registered in the ranking of post-experience finance courses. London Business School (LBS) is number one again, ahead of University of Cambridge: Judge, Amsterdam Business School and Singapore Management University: Lee Kong Chian.

LBS alumni secure an average salary increase of 109 per cent from before the masters and today. The school’s most recent graduating class also featured the highest percentage gaining employment within three months of completing their masters.

Cambridge: Judge scores highest for its careers service and its alumni earn the second-highest salary at $138,368.

Amsterdam Business School makes a return to the post-experience table in third position, which is a slight improvement from fourth place in 2018, when the school last appeared in this ranking. Amsterdam is also first for value for money and career progression. 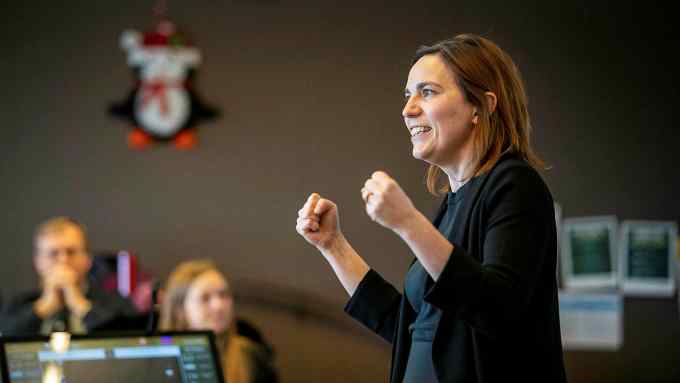