How the other half drink: Lynn Barber samples the ultimate weekend for champagne-lovers

Cellars, vineyards, lessons in pruning, meetings with winemakers — and lots and lots of bubbly

A sunny Saturday in September and we are in the rolling vineyards of Champagne — not thrilling scenery but amiable enough, and above all quiet. That is until a minibus disgorges a motley crew of journalists, PRs and influencers, led by two Veuve Clicquot “ambassadors” wearing matching blue suits with pink linings and turquoise suede patches on the elbows. They stride into the rows of vines armed with secateurs, while a flunkey produces an array of yellow Veuve Clicquot Wellington boots and a yellow Veuve Clicquot folding chair for me. We are to have a lesson in pruning vines.

Vines have to be pruned because they grow 1.4mm a day and if they get too tall they cast a shadow on the next row so the grapes don’t ripen. This is not in fact the pruning season, which doesn’t happen till midwinter, but the ambassadors will show us how it’s done, while the influencers run up and down the vines taking photos. The German influencer launches a camera drone which buzzes angrily overhead, drowning out the lecture on pruning, so I really cannot tell you how to prune a vine.

I expect you all know about influencers but they are a new breed to me — people who post photos on Instagram which may induce their followers to go to the places they go, buy the products they buy. English influencer Richard Lee Massey told me to “Think of us as inspirational moodboards” but that didn’t seem to help very much.

Frankly, I was inclined to sneer till they told me the size of their followings — the German guy with the drone, Sohi Malih, has a million followers, which is far more than the circulation of most magazines. When I got out my notebook and pen, they all looked at me as if I’d produced parchment and quill, and asked kindly if I’d ever heard of microrecorders. But the influencers weren’t taking notes anyway because they were too busy taking photographs. The lady from Forbes magazine showed me her favourite gadget — a golden iPhone attached to her finger by a magnetic ring. “You should get one,” she told me. “If boys try to steal it, they have to cut off your finger!”

I am on an “experience”, which again is a new concept to me. (Actually I wish I could lay this out like a Ladybird book with new vocabulary at the bottom of the page — influencers, moodboard, experience.) But apparently experiences are all the rage. This one is a Champagne harvest celebration weekend run by Clos19, a website set up by the luxury goods group LVMH to sell its wines, spirits and related trips. It involves staying at the newly opened five-star Royal Champagne Hotel while visiting vineyards, cellars — and of course drinking an awful lot of champagne. I heard on the news that the British are drinking less champagne these days but we did our best to make up for it.

The weekend started with the Eurostar to Paris then minibus to the Royal Champagne Hotel near Champillon and a dinner hosted by Olivier Livoir, Ruinart’s maître d’hospitalité. Ruinart is the oldest champagne house, founded in 1729, and probably better known in France — where it sells half its production — than abroad. Over dinner we drank the vintage Dom Ruinart 2006, and Livoir told us to note the top notes of pineapple, followed by citrus, followed by white peaches. We were all given tasting notebooks and I noticed the lady from Forbes seriously filling in comments about colour, freshness, acidity, etc, while the influencers snapped away and I just wrote LUVERLY in sprawling capitals.

Next morning, not too hungover, we were collected by the Veuve Clicquot ambassadors and taken to meet one of its winemakers on a beautiful hillside overlooking the village of Bouzy. Pierre Casenave told us that we were standing above one of the oldest and most precious parcels of land in the whole of Champagne — only six hectares but it produces the red Bouzy wines that go into Veuve Clicquot’s Grande Dame rosé champagne. Oh no! I yelped — I love red Bouzy wine, I hate to think of it being all fizzed up into champagne. The winemaker laughed and said that actually that’s what all the winemakers drink at home. (He also drinks beer, whisky, Nebbiolo from Italy and Muga from Spain.) But rosé is becoming more popular all the time, though it used to be despised in France.

Casenave, like absolutely everyone we met in Champagne, told us that this year’s harvest was the best that anyone (even the oldest of their 1,000 grape-pickers) could remember. They had a bit of hail and a slight outbreak of mildew in one small region in the south, but it quickly disappeared, and the weather was perfect. Last year was terrible — they lost 30 per cent of their crop to contamination — and 2016 was pretty poor, but everyone is confident that 2018 will be one of the all-time great vintages. But it won’t be released for another 10 or even 15 years. “With champagne,” said Casenave, “you have to have patience.”

Personal Finance
How do you choose to give to charity? Tell us how you donate your wealth 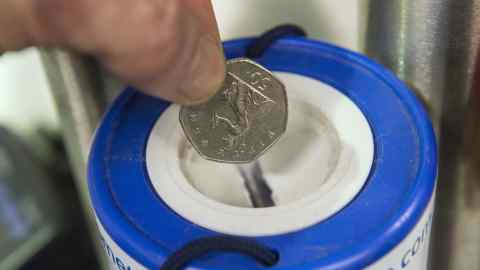 He talks about climate change as a given, as does everyone here, because they have already seen its effects. The harvest always used to begin in September but in 2003 for the first time it began in August, and has done so for the past five years. This year Veuve Clicquot started harvesting on August 23, though some other vineyards started even earlier, on August 18. For the moment, he says, there is no discernible difference in taste but Veuve Clicquot, like all the other champagne houses, is experimenting with new types of vine, new ways of planting, to adapt to climate change. He has visited the English vineyards (he was impressed by the Nyetimber rosé) and says they will benefit from climate change — they have the right chalky soil but still not quite enough sun.

After meeting Casenave at Bouzy we drove through beautiful woods, home of wild boar and a unique species of beech tree called the Verzy beech, up to another vineyard for our lesson in pruning. Then on to the Manoir de Verzy, a lovely 18th-century house next to a hilltop church looking down over the vineyards, with a 300-year-old cedar tree in the garden. The house is owned by Veuve Clicquot and in the garden were yellow deckchairs, yellow bicycles, yellow cushions, and waiters in yellow bow ties to match the magnums of Brut Carte Jaune they were opening. Magnums, they explained, are better than standard size bottles because they hold their fizz longer. Winston Churchill used to say that a magnum was the perfect size for dinner with his wife — and his wife didn’t drink. (We were told variants of this joke everywhere we went.) Then we went into a dining room with the most exquisite table flowers I have seen and all the influencers got snapping away.

The food was specially “paired” with the wines — for the first course of shrimp ravioli in lemon grass broth, we drank Veuve Clicquot Extra Brut Extra Old, for the main course of hotpot champenoise we drank the 2008 vintage, and for the pudding, ratafia baba, we drank Veuve Clicquot Demi-Sec. But for the cheese course — hooray! — we finally got to drink Bouzy Rouge 2003. Apparently 2003 was such a bad year for champagne they didn’t bother to make a rosé, so the Bouzy was saved.

Then it is down to the cellars, 24km of tunnels in an old chalk quarry, which is a World Heritage site. I am not a fan of cellars but this one has a woman in a ballet skirt playing the cello which makes a change from looking at old barrels. When we emerge, we are served yet another champagne — this time in big balloon glasses with loads of ice and cucumber, which is called Veuve Clicquot Rich. “I LOVE the Rich!” exclaims the German influencer (don’t we all?) but he means this is his favourite champagne and he will be recommending it to his one million followers. “Every bar in Munich will need to stock it by next summer,” he declares. “It could be the next Aperol spritz!”

Back to the hotel for a swim, or in my case snooze, before the next drinking marathon. This one is in Epernay, hosted by Moët et Chandon on the Avenue de Champagne which is supposed to be the richest street in the world, with all the cellars running underneath it.

Moët headquarters is a 1930s brutalist slab housing a chandelier made out of champagne glasses, and an enormous shop. There is a bronze statue of Dom Pérignon outside — the monk who supposedly invented champagne — and Moët’s top vintages are named after him. Moët (and you do pronounce the T) had a poor reputation until about five years ago when some Masters of Wine held a tasting and pronounced it good. We are taken down to the cellars — 28km of them on four levels — but I quickly escape and proceed to the lovely Moët et Chandon Orangerie and another fabulous dinner. This one starts with terrine de foie gras with nori seaweed and mango gel accompanied by the Dom Pérignon Vintage 2009; then lobster with Dom Pérignon 2000 and finally raspberry sorbet with Dom Pérignon Vintage Rosé 2005. I know the rule with Dom Pérignon is that if you have to ask the price you can’t afford it, but a quick peek reveals that those three bottles cost £140, £300 and £270 respectively and of course we had many more than three.

On the last day the others all had spa treatments at the hotel but I went to Reims to see the cathedral, which is astonishing, especially the monster gargoyles on the front and the flying buttresses at the back. But it had a rather sobering effect. So much so that when I walked into the nearest bar and found it piled high with bottles of champagne, I heard myself asking, “Do you have any beer?” I never normally drink beer but evidently I was champagned out.

For what it’s worth, the one I remember most fondly is the Ruinart, but maybe that’s because we drank it the first night, before I became so spoiled. Anyway, it was all a great experience.

Lynn Barber was a guest of Clos19. The three-day, tailor-made Harvest Celebration weekend costs from £3,500 per person, including all meals, drinks and tours

Bubbly at the South Pole

LVMH, the Paris-based luxury goods group, launched its ecommerce site, Clos19, last year selling wines and spirits from its numerous brands for delivery directly to consumers. Standard bottles are available (from a £28 bottle of Mercier Brut) but the site also offers rarer vintages and unusual gifts: a methusalah of Dom Pérignon 2002 (£8,500), for example, or a bottle of Glenmorangie from 1974 (£7,200).

As well as expanding to cover more markets — it now serves the UK, Germany and parts of the US — it also sells a growing range of travel “experiences”. Most are linked to the group’s brands — a tour of the Hennessy headquarters in Cognac, for example, or a food-themed visit to New Zealand’s Marlborough region, home to LVMH’s Cloudy Bay winery. Others, though, are further flung — a week’s trip to White Desert’s luxury camp in Antarctica, for example, where guests will see emperor penguins and fly to the South Pole (where, of course, champagne will be served). 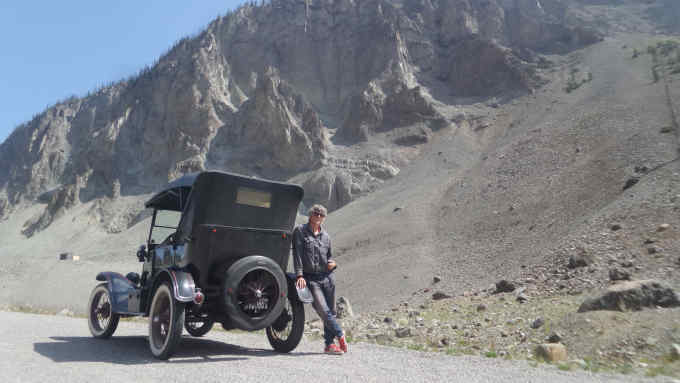