We’ll send you a myFT Daily Digest email rounding up the latest Biotech news every morning.

When Novartis announced it was buying The Medicines Company, a biotech employing just 62 people, for $9.7bn one aspect of the deal was arresting.

The cholesterol-lowering drug that had induced the Swiss drugmaker to part with its money appeared to buck a trend for investing in diseases that affect far fewer people — but offer hope of a greater return.

The acquisition, confirmed on Monday, adds inclisiran, which had impressed in late-stage trials and is expected to seek US approval by the end of the year, to Novartis’s R&D pipeline.

Yet it marks something of a shift from big pharma’s recent focus. Since early 2018, according to Fitch Rating, Novartis has splashed $28bn for five early-stage drugmakers including AveXis, the maker of a $2.1m treatment for spinal muscular atrophy — the world’s most expensive drug. Almost a year ago, GlaxoSmithKline paid $5.1bn for oncology-focused biotech Tesaro, beefing up its portfolio of cancer drugs.

Jeremy Levin, chair of the industry group Bio and chief executive of biotech Ovid Therapeutics, said investments had soared in rare diseases and oncology for two reasons: clinical trials were smaller and less expensive than those for common illnesses; and pricing was more robust.

“By and large, when you have mass-market products, your return on investment is relatively low,” he said. “No system can afford for millions of people to be paying absolute fortunes for their drugs.”

About two-thirds of drug approvals by the US Food and Drug Administration in 2017 and 2018 were for oncology and rare diseases, while venture capital has flowed into these areas. In 2018, $2bn was invested globally in rare diseases, up from $300m nine years earlier, and $4.5bn was poured into US oncology companies over the same period. In comparison, investment in drugs to treat common conditions has virtually flatlined.

The Medicines Company’s decision to go all-in on heart disease came after Alex Denner, an activist investor and the group’s chairman, gained board control in March 2018. He sold off assets to focus on inclisiran and replaced the chief executive with Mark Timney, the former head of Purdue Pharma, late last year.

“We tried to accelerate development and make sure employees were all aligned on creating value for shareholders,” he told the Financial Times. Scientists were given incentives to meet milestones in the clinical trials, some of which vested if there was a change of control.

Cardiovascular disease is the number-one cause of death globally and represents a growing opportunity for pharma as the vast populations of India and China start to develop the diseases of prosperity. It is forecast to hit $64bn sales by 2024, according to GlobalData’s Pharma Intelligence Center.

Gareth Powell, a fund manager specialising in healthcare at London asset manager Polar Capital, said: “There used to be a huge focus on cardiovascular medicine and treatments for central nervous system disorders. But now there is a lack of competition and a lack of investment, so if you can come through with something better you have a great opportunity, whereas in oncology and orphan diseases there is huge competition now.”

A key question, however, is whether there will be sufficient interest from big pharma and investors to spur a surge in the development of drugs for common illnesses.

Steve Bates, chief executive of the UK’s BioIndustry Association, said the deal showed there were “no ‘no-go’ therapeutics areas for biotech developers”.

He argued that “established global players broadening their primary-care portfolio through acquisition will encourage investors to see value in biotechs developing therapies across the disease spectrum”.

One precondition for success is a large salesforce, which Novartis already has in place for existing heart disease treatment Entresto.

In his call with analysts after the deal was announced, Novartis chief executive Vas Narasimhan spoke of “significant potential cost synergies given the overlap with the current Entresto field force in the United States”.

Mr Powell concurred that it was possible to get “huge operating leverage from a fixed cost infrastructure. That is when the pharma business model works extremely well.” 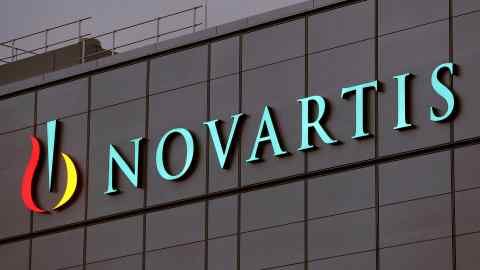 Whether this deal will trigger a resurgence of drug development in heart disease, and other more common disorders, may hinge on how well Novartis performs, however.

The company faces competition from Amgen and Sanofi, in partnership with Regeneron, whose own drugs using a roughly similar mechanism of action have undershot analysts’ expectations. Novartis believes inclisiran is measurably superior and will have greater appeal for both doctors and patients because it is a six-monthly, rather than fortnightly, injection.

Analysts are cautious, however, on whether the Novartis bet will pay off and spur similar moves.

Insurers have been seeking to bear down on prices for cholesterol-lowering drugs, including opting first for generic versions, while the appetite of doctors, who must administer the treatment, is unclear despite inclisiran’s promise of better adherence and control for patients. Phil LoGrasso, of GQG Partners, said the deal was “strategically risky . . . as both Amgen and Sanofi/Regeneron have failed to make good inroads in this market”.

While those drugs were different from the one developed by The Medicines Company and had different dosing regimens, he said, “there are payer and physician barriers that may make this deal challenging”.