What’s the buzz about blood-sugar tracking?

The latest biohack in wellbeing surveillance suggests we can become our sharpest, most energetic selves. Is it worth the hype?

Sign up to myFT Daily Digest to be the first to know about Health news.

How do you spot a biohacker in 2021? Look at their tricep. If it’s branded with a coin-sized contraption, that person is watching their blood-sugar levels with hawk-like intensity. Champion marathon runner Eliud Kipchoge, actor Orlando Bloom and Silicon Valley’s health-seeking illuminati are already converts.

That small, round device is a continuous glucose monitor (CGM). Commonly used by diabetics, it tracks glucose rates in real time via a microneedle “installed” into the upper arm (painlessly, I’m told). A constellation of startups have devised apps that pair with these CGMs. These companies are positioning glucose levels as a new measure by which to guide changes in our diets, so – they promise – we can become our sharpest, most energetic selves.

There’s a tremendous opportunity to help people understand: what should I eat and why?”

Blood sugar, derived primarily from carbohydrate-rich foods, spikes when we eat and exercise. As the body’s main source of fuel, it plays an important role in how we go about our day. But historically the only people who have monitored this statistic are diabetics, who have constantly elevated levels. These startups – including San Francisco’s Levels and January AI; Chicago’s NutriSense; Atlanta’s Supersapiens; and Finland’s Veri – want to bring blood-sugar awareness to a broader audience. “January’s goal is to help people know themselves, just like you’re wearing an Oura ring to see how you’re sleeping or an Apple Watch to see how active you are,” says its CEO, Noosheen Hashemi. “[We] see the potential of continuous health monitoring for the whole population.”

It’s yet another step in surveilling our bodies, just as we already monitor steps, sleep, calories, menstrual cycles and heart rates. (I sometimes fear I’ve lost track of everything I’m tracking.) But introducing glucose monitoring is in many ways a natural next step. In the UK it’s estimated that 13 per cent of the population has pre-diabetes or undiagnosed diabetes, while in the US that figure leaps to 37 per cent. Experts such as Dr Aaron Neinstein, an endocrinologist at the University of California, San Francisco, view metabolic health as a spectrum on which many people are unaware of where they rank. A 2018 study found that just 12 per cent of American adults were at optimal metabolic health. “We have a society that is very metabolically unwell based on our food, stress levels and lack of sleep,” says Neinstein. “Unfortunately metabolic disease and type 2 diabetes are extremely – and increasingly – common.”

The gadgets from these startups offer tantalising possibilities: the prospect of staving off type 2 diabetes and other metabolic illnesses including heart disease and obesity, as well as more everyday things such as optimising physical performance and ending the four o’clock slump.

Signing up isn’t cheap. Levels’ all-inclusive deal is $399; January AI starts from $288; and a Supersapiens three-month pack is €450. These packages include CGMs, although in the US (but not Europe) users must obtain a prescription for these devices. Over several weeks, the apps decipher users’ CGM data (which would otherwise be confusing to most people) and suggest customised, actionable changes: foods to try and to avoid; and when to exercise. “Instead of following some fad diet, we have data from the individual’s body to guide our change,” says Levels founder Josh Clemente. “There’s a tremendous opportunity to help people understand: what should I eat and why?”

This has attracted a small but powerful group thus far. Levels, currently in beta testing, has more than 10,000 US subscribers and is backed by renowned VC firm Andreessen Horowitz; January AI has raised $21m in funding thanks to ex-Yahoo CEO Marissa Mayer and other investors; and Supersapiens, which has a predominantly male, European customer base, works with athletes including Ironman Chris Leiferman and Olympic cyclist Anna van der Breggen. Rumours that the forthcoming Apple Watch 7 will feature a blood-glucose tracker have only fuelled the hype in this sector.

Exercise and the city: fitness classes for urbanites
Row big or go home – gym classes for the oar-some 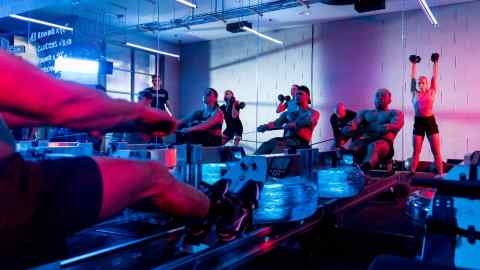 But is it justified? Can tracking blood-sugar levels improve our health? Doctors aren’t sure, chiefly because there’s a dearth of information about glucose levels in non-diabetics. “The hypothesis would be that [these startups] see the data and somehow know it’s not ‘normal’ [and suggest dietary changes],” says Dr Shivani Misra, a consultant in metabolic medicine at a London NHS hospital. But, she adds: “I don’t know how they would know that, because we don’t have defined normality for people of all ages and ethnicities.” She’s also concerned that “if you’re looking at 24-hour blood-sugar profiles, you might get anxious about things in your body that are actually normal.”

We tend to think foods that cause a spike and slump in glucose make us tired, but it’s not that simple. “There’s so much going on in the body after you eat,” says Neinstein. “Maybe there are other things connected to what you ate that’s making you feel differently; maybe the blood sugar is part of causing that. We don’t know.”

Even so, a 2015 Israeli study (among others) confirmed that blood-sugar responses differ among healthy and prediabetic people: one individual recorded a spike after eating a cookie but stable levels following a banana, while another had the opposite reaction to the same foods. “That understanding leads us to be able to say that if you have access to real-time glycaemic information, you could do trial-and-error testing of dietary regimes and know whether you’re on the right track for you,” says Dr Suneil Koliwad, chief of endocrinology and metabolism at the University of California, San Francisco.

Madeline, a software engineer, says that after using Levels, her eating “has become slightly healthier – or at least I’m more mindful of when I’m eating poorly”. And Supersapiens prompted Jonathan George, a 57-year-old training for the London Marathon, to embrace a higher-fat diet. “Being able to see the effect my diet was having on my glucose level was a revelation,” he says.

Indeed, even if many of the dietary changes are obvious, seeing data about what food is doing to our bodies can be intoxicating. When people use CGMs, they “learn about food choices and exercise in a way that feels different than having the generic conversation that ‘Twinkies are unhealthy and spinach is healthy,’” says Neinstein. When they see their monitor’s movements, he adds, “their eyes light up.”

For those obsessed with treating the body like a machine to be analysed, rewired and upgraded, let the onward march of self-optimisation continue. After all, your energy, sporting prowess, and perhaps something far more serious could be at stake. 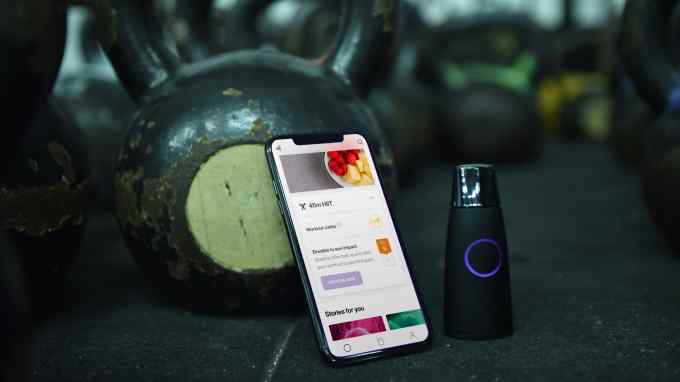