One year after scientists first proved that cancer sufferers could extend their lives if they regularly reported symptoms through an app, more hospitals have begun to introduce similar technology in oncology clinics.

Electronic patient-reported outcome systems — or ePros — were found last year to increase the lives of cancer patients by an average of five months compared with patients who did not use them. The technology, which has been deployed for years in clinical trials, asks patients to update tablet-based apps with information about vital signs such as their temperature and pulse. The app alerts doctors when a patient’s symptoms deteriorate.

According to the research, regular reporting through an app significantly improves the quality and length of life for cancer patients, because doctors are more likely to identify warning signs before someone enters a critical condition. Symptoms are also more likely to be caught before they cause serious diseases, thus reducing emergency visits and admittance to hospital.

Until the research was published ,the technology had not enjoyed widespread investment. Now, according to Ethan Basch, an oncologist and a professor at the University of North Carolina, who carried out the research, US pharmaceutical companies and clinics including Tennessee Oncology and Stanford University’s cancer unit have either begun to deploy or are considering the technology for patients. In Canada, the government of Ontario uses app-based reporting tools to monitor symptoms.

“There has been an upsurge in companies that are creating these tools,” Prof Basch says. “The idea of electronic health records has started becoming interesting and the pharmaceutical industry has become more interested in collecting this information in real time.”

He adds: “There has been a real sea change in this area — a recognition that using this really improves care.” 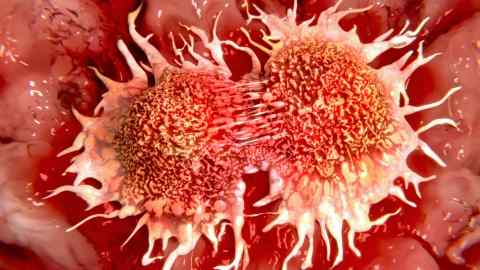 Healthtech wearables have surged in popularity with companies such as Fitbit reporting 25.4m active users in the final quarter of 2017, up 9 per cent year on year. In the same quarter, Apple shipped 8m Apple watches, which can also be used to track a wearer’s health, according to figures from the market research provider Canalys.

But clinics have shied away from wearable technologies, in part due to concerns about data privacy and accuracy. “The thing with [healthcare technology] is that it has to be helpful,” says Jani Ahonala, chief executive of the Finnish start-up Noona Healthcare, which has built smartwatches for leukaemia patients. “This is a fact that is slowing down the adoption of wearables in oncology and other areas.”

Wearables have triggered privacy concerns because of the opportunity they offer companies to look at sensitive data. Prof Basch believes, however, that patients with serious illnesses are less focused on privacy than wellbeing: “People have very advanced diseases and they care about getting back to health,” he says. “I don’t think they’re concerned about how their data are used.”

Prof Basch’s research included a survey of patients about the issues that concerned them, which has not been published. Mr Ahonala says hospitals or clinics own all the data collected by Noona.

But privacy campaigners argue that companies might use information in ways that have not been envisaged. “The biggest questions are raised when tools to ‘improve care’ have ulterior motives, and that undermines all such trials,” says Sam Smith, a campaign co-ordinator at medConfidential, a lobbying organisation for patient confidentiality.

Following the findings from Prof Basch and his colleagues, companies have experienced greater interest in the ePros. Sivan Innovation, the Israeli technology company that owns Moovcare, one of the best-known ePro technology systems, says take-up is increasing in France after a trial. The company has also added customers in the US, Canada and Australia since the start of the year.

One of the biggest obstacles that technology companies face is the cost of developing products for commercial use, especially in countries with public health systems. “Reimbursement [is] desirable but hard to obtain,” says Ayala Bliah, chief operating officer at Sivan.

“All patients are not connected to the internet and all physicians are not ready to change their practices quickly.” 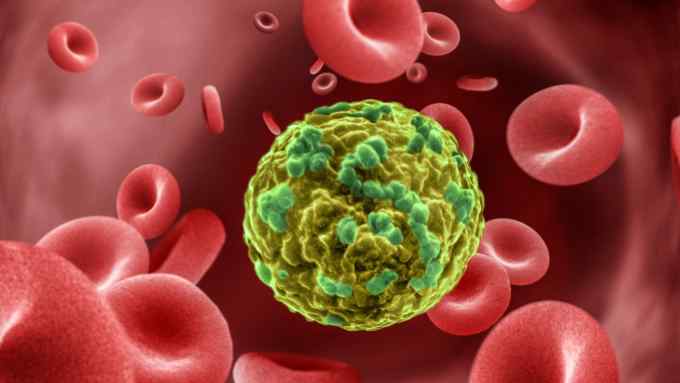