May 2, 2019
Print this page
Experimental feature

Despite the protracted trade dispute between the US and China, the world’s two biggest economies, an overall mood of optimism prevails among managing partners of leading law firms in the Asia-Pacific region.

Their sense that they are living in the “Asian century” is enhanced by factors such as steady growth in some economies and two big China-led projects. The Greater Bay Area development and the Belt and Road Initiative, they say, both have the potential to generate lucrative opportunities for law firms.

The Belt and Road Initiative, says Justin D’Agostino, executive partner at international law firm Herbert Smith Freehills, “is like the gold rush for the 21st century. It is massive, and everyone is involved. It is also not reliant on the US”. Although there are political and economic risks in the project for western investors, many leading financial institutions are taking a careful approach to due diligence before investing, Mr D’Agostino says.

However, he admits it is still not easy for international law firms to be profitable in the Asia-Pacific region. “We operate in nine offices in Asia, with different risks, cultures and profiles,” Mr D’Agostino says. “It is a difficult region. But it is possible for law firms to make money. Asian clients have become sophisticated users of legal services.”

He points out that for the first time, Herbert Smith Freehills counts a multinational that was set up in Asia among its top five clients by fees. White & Case, another global firm that is strong in the region, says the Asian office last year posted its best financial results so far.

Herbert Smith Freehills, which tops the FT’s Innovative Lawyers ranking of internationally headquartered firms for the second time in five years (see tables), is an amalgam of UK-based Herbert Smith and Australia-based Freehills, which merged in 2012. After seven years, however, it is very different culturally from its previous incarnations as two separate firms.

A separate initiative shows how the firm is breaking down the traditional hierarchies usually found in law firms in which partners rule the roost. Junior lawyers conceived and designed a coding course with Melbourne’s RMIT University, a technology and science-focused institution, and persuaded the partnership to support them.

The three-week course teaches HSF lawyers how to use blockchain technologies and get up to speed with smart contracts. The university is considering making the course part of the broader curriculum for all law students.

In an attempt to future-proof its business, HSF asked its people for ideas on how to stay relevant to clients, staff and wider society. Suggestions from 60 or so events and other forms of consultation include allowing all lawyers 10 days a year to focus on innovation projects. The engagement strategies employed by the firm in its Australian and Asian offices, such as sessions on design-thinking — in which they start with end users in mind — are now being rolled out in HSF’s London offices. It is more usual for innovations to originate in London’s legal market, one of the most mature in the world.

How we train our lawyers is going to be different . . . Now the focus is also on artificial intelligence, legal project management and data

Australian law firms, however, give their London peers stiff competition in terms of digital strategies. Gilbert + Tobin, which again tops the ranking of Asia-Pacific headquartered law firms, is entering its next phase of development. Caryn Sandler, partner and chief knowledge and innovation officer, says the challenge is no longer to persuade lawyers of the need to innovate — a stage where most other law firms remain — but to address legal technology.

“The technology we need to [digitise our services properly] is at different states of development,” says Sam Nickless, G+T’s chief operating officer. “There is no one solution we can use. Interoperability and being able to move data are still challenges.” Mr Nickless, the winner in the Innovative Lawyers individual category, rates the firm eight out of 10 in terms of its progress in digitising all its services. However, he says: “If we stay where we are now at eight, next year it would be a six.”

Like Herbert Smith Freehills, G+T requires its lawyers to work on innovation projects. They can allocate the time into their billable hours and can spend 50 hours a year on the projects, with a firm-wide target investment of A$1m a year. Projects so far have ranged from automating tasks to developing legal project management software.

New, hybrid roles are emerging, too. “We have a keen senior banking lawyer who has the aptitude for tech and now splits his time between banking and [innovation],” says Ms Sandler. Generally, however, “it is hard to find talent in this area”. Career paths at the firm are rapidly changing and graduate lawyers now rotate through Ms Sandler’s department as well as the mainstream legal practice areas.

“How we train our lawyers is going to be different. It is no longer what it was — only focused on professional skills, teamwork and leadership, and black-letter law. Now the focus is also on artificial intelligence, legal project management and what it means to use data,” says Ms Sandler.

The firm recently received a message from a young graduate through its website asking if a coding background would be a requirement to become a lawyer, she notes.

The firm’s official response was no. But as the winners of the two “most innovative” law firm categories show, coding ability or understanding is increasingly an asset.

FT Innovative Lawyers Asia-Pacific 2019 is a rankings report and awards for lawyers based in the Asia Pacific region. Shortlists for the awards comprise the top-scoring submissions in each ranking.

The FT and its research partner RSG Consulting have devised a unique methodology to rank lawyers on innovation. Law firms, in-house legal teams and other legal service organisations were invited to make submissions.

For the FT Innovative Lawyers Report for Asia-Pacific 2019, we received 537 submissions and nominations from 81 law firms and legal service providers and for 40 in-house legal teams. Research was conducted by RSG researchers between January and March. RSG conducted interviews with more than 400 clients, senior lawyers, executives and experts to arrive at the final rankings. Each entry is scored out of 10 points for originality, leadership and impact for a maximum score of 30. They are then benchmarked against each other to arrive at the final rankings.

Most innovative law firm
This ranking is an aggregate of each law firm’s performance in the report. The total score is the sum of scores for all ranked entries across the 12 law firm categories. Separate rankings cover Asia-Pacific law firms and international law firms, headquartered outside the region.

Judges
A panel of judges selects a Legal Innovator of the Year, from a shortlist of 10 individuals.

RSG Consulting
The FT research partner RSG Consulting has decades of experience analysing the legal profession. It has a track record of devising ranking methodologies for professional services firms. 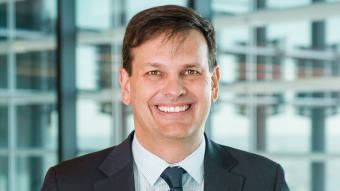