We answer the most frequently asked questions
April 4, 2019
Print this page
Experimental feature

What is the aim of the award?

The Financial Times and McKinsey Business Book of the Year Award aims to identify the book that provides the most compelling and enjoyable insight into modern business issues, including management, finance and economics. The judges give preference to those books whose insights and influence are most likely to stand the test of time

The first edition in 2005 was won by Thomas Friedman for The World is Flat. In 2018, John Carreyrou won the prize for Bad Blood, his riveting account of the rise and scandalous fall of Theranos, the blood-testing company.

Books can only be submitted by publishers. To be eligible for the 2019 award, books must have been published for the first time in the English language — whether in electronic or physical form — between November 16 2018 and November 15 2019.

What is the submission deadline?

Who are the judges?

Who supports the award?

McKinsey, the consultancy, has backed the award since 2014. Goldman Sachs, the investment bank, supported the award from 2005 to 2013.

What is the prize?

When will the shortlist and winner be announced?

Judges will announce a longlist of books in August. A shortlist of up to six titles is then revealed on September 16. The winner will be announced and the prize presented at a special dinner in New York on December 3, 2019.

Can I nominate business books I have enjoyed?

Only publishers and bona fide imprints are able to nominate books for the award. Entries must be made online. The judges are also able to invite nominations from publishers.

Who won in previous years?

A full interactive list of all longlisted titles since 2005 can be found here. Thomas Friedman’s The World is Flat was the inaugural winner of the award in 2005. Other winners include: William Cohan’s The Last Tycoons (2007), Liaquat Ahamed’s Lords of Finance (2009), Poor Economics by Abhijit Banerjee and Esther Duflo (2011) and Thomas Piketty’s Capital in the Twenty-First Century (2014). Janesville by Amy Goldstein and Bad Blood by John Carreyrou were winners, respectively, in 2017 and 2018.

I want to write a business book — where do I start?

If you are under 35, you may want to enter the Bracken Bower Prize, also backed by the FT and McKinsey, worth £15,000 to the author of the best proposal for a business book on the challenges and opportunities of growth.

The judges will not enter into any correspondence, but queries on procedure for the Business Book of the Year Award can be directed to bookaward@ft.com

This story has been updated for the 2019 award 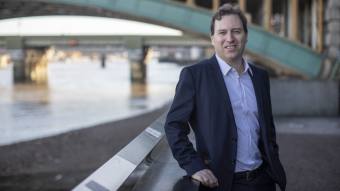 The £30,000 prize will go to the book that is judged to have provided the most compelling and enjoyable insight into modern business issues, with £10,000 awarded to each runner-up. Read the rules of the 2019 award and see our FAQs. The 2019 prize will be awarded in a ceremony in New York on December 3.
- Please direct any queries to bookaward@ft.com - Enter your book here