Leila Abboud in Paris and Ortenca Aliaj in New York

Activist investor Third Point has built a stake in Vivendi, the media group controlled by French billionaire Vincent Bolloré, as a shareholder vote looms on its plan to spin out Universal Music Group.

The New York-based hedge fund run by Daniel Loeb had built a “substantial” position in the French media conglomerate over the past few months, said a source familiar with the fund.

Vivendi said it had no information about the stake at this stage.

Third Point declined to comment on how it planned to use its shareholding. Its investment comes as Vivendi hashes out a deal to sell a stake in Universal Music to Bill Ackman’s blank-cheque company. If Loeb objects to the deal, it would pit two titans of the investing world against each other.

Pershing Square Tontine Holdings, a special purpose acquisition company set up by Ackman, said earlier this month that it was in talks to buy a 10 per cent stake in Universal Music, the record label behind artists such as Lady Gaga and Taylor Swift, for approximately $4.1bn.

The deal would value Universal at more than $40bn. However, unlike traditional Spac mergers, it would not take the group public. Vivendi instead plans to spin out Universal Music and distribute 60 per cent of the group’s share capital to investors. Universal would then be listed on Euronext Amsterdam in the third quarter of 2021.

Vivendi shareholders will vote on the Universal Music distribution on June 22. Some investors, including activist hedge fund Bluebell, have already voiced concerns about the proposal. 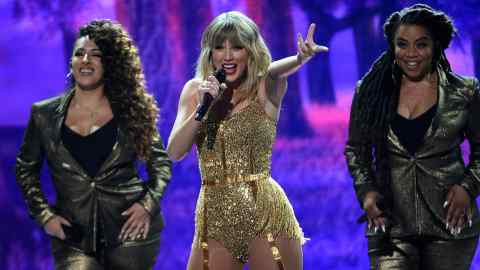 Marco Taricco, co-founder of Bluebell, which owns a small stake in Vivendi, said at the time that the valuation “appears underwhelming”. Bluebell sent two letters to Vivendi in May about the separation of the group’s biggest asset.

The London-based fund said the spin-off was a good idea in principle but questioned the structure, known as a dividend in kind, which it said would hit minority shareholders with significant tax bills. Bluebell has asked that Vivendi pay shareholders an additional extraordinary cash dividend of about €3.3bn.

Artisan Partners, another Vivendi shareholder, has reportedly come out against the proposed deal with Ackman, echoing Bluebell’s concerns over the tax bill stemming from the share distribution, according to Bloomberg.

If shareholders vote down the distribution in kind at the meeting next week, it could jeopardise Ackman’s plans to invest in Universal Music.

Vivendi only needs a simple majority of 50 per cent to approve the Universal separation. Bolloré, whose holding company owns a 27 per cent stake in Vivendi, effectively controls the group with 29.73 per cent of the voting rights.