We use cookies (opens in new window) for a number of reasons, such as keeping FT Sites reliable and secure, personalising content and ads, providing social media features and to analyse how our Sites are used.
Manage cookies
Accept & continue
Special Report Future of the Food Industry
Special Report Ecommerce

In prosperous cities, the future of grocery shopping is being reimagined

The sight of shoppers pushing supermarket trolleys among a crowd of Shanghainese chowing down seafood at a communal table is somewhat jarring. But this is a branch of Hema — one of 20 stores opened by Chinese ecommerce pioneer Alibaba in an effort to reimagine food shopping as more than a weekly chore carried out under the glare of fluorescent lights in a retailing shed.

“Is it a store? Is it a restaurant?” asks Bruno Monteyne, a former executive at Tesco, the international grocery retailer, who now follows the retail industry for Wall Street brokerage Bernstein. “I’m not sure, but it’s food experience at its best.”

Hema is a hybrid of ecommerce and physical shopping, calculated to appeal to a generation of Chinese consumers who live life through their smartphones. Visitors can pull live crabs out of a large tank before browsing the aisles for packaged goods. They scan items as they go and pay for them via the Alipay app that has become a popular alternative to cash in China.

Many customers never set foot inside the store at all. They visit vicariously, using apps or the web platform to choose from the same wide range of branded products and fresh items, for delivery within a 3km radius. The store is fitted out with technology including a vertical conveyor, which helps staff serve the online orders without clogging up aisles or getting in the way of walk-in customers.

Analysts say the future of food shopping can be glimpsed in prosperous Chinese cities, where a surge in mass-market retail has coincided with the mobile internet’s coming of age.

The world’s most populous nation already spends about 8.5 per cent of its annual grocery budget online, according to analysts at Bernstein, who reckon the proportion could reach 20 per cent by 2022. That compares with just 6.2 per cent in the UK — the most advanced western market, where chains such as Tesco have offered online shopping for two decades.

Part of the reason that online innovation has been faster in China, says Mr Monteyne, is that the country has fewer “incumbent, lethargic retailers doing everything they can to protect their legacy assets and slowing down the transition”.

Many western supermarket executives have been slow to embrace ecommerce. Some complain about the thin margins of a model that burdens their staff with the work of picking products off the shelves and delivering them. Others argue that online shoppers are more analytical and harder to seduce with eye-catching promotions.

The US has been particularly resistant to change. Of the 2.1 per cent of American grocery spending that takes place online, a large chunk involves specialist items such as vitamin pills, bought via general-purpose platforms such as Amazon or eBay rather than through specialist grocery websites.

Still, if retail executives were once reluctant to meddle with a business model that yielded healthy profits, they are beginning to see caution as riskier than change.

When Amazon bought Whole Foods, an upmarket grocery chain, in June, the ecommerce group’s market value increased by more than the $13.7bn it had offered to pay, in what was by far the company’s largest acquisition to date.

While Amazon has long dabbled in grocery sales — launching Amazon Fresh in Seattle in 2007 and expanding to other large American cities over the past decade — the Whole Foods deal appeared to signal a change of pace, and prompted grocery chains to look for quick ways to adapt.

In the US, many retailers are turning to Instacart, the venture-capital backed start-up that puts supermarkets’ product ranges online and dispatches personal shoppers to deliver the goods to customers’ doors.

Others, such as Walmart, prefer to make their own way online. America’s largest retailer now allows customers to order groceries online and pick them up quickly in store. Ahold Delhaize, the owner of Food Lion and Stop & Shop, offers its Peapod home shopping app in 24 US cities, and lets customers order food by dictating commands via Amazon’s voice assistant, Alexa.

Despite the shifts in behaviour that are likely to take shape as consumers move to food shopping online, few retail experts expect an assault from Amazon to sound the death knell of major supermarket groups, as it did for independent bookstores.

Mr Monteyne says that established supermarkets have formidable advantages in buying fresh food at scale and shuttling it around the country cheaply and quickly enough to turn a profit, despite low margins and short shelf lives.

Tesco’s chief executive Dave Lewis agrees. Amazon, he says, has recognised “that food through a central distribution model doesn’t seem to be working, having tried it for more than a decade in [their] hometown, Seattle”.

The way he sees it, the newcomers in internet groceries are the ones playing catch-up. “They are trying to buy things that we, as Tesco, already have,” he says. 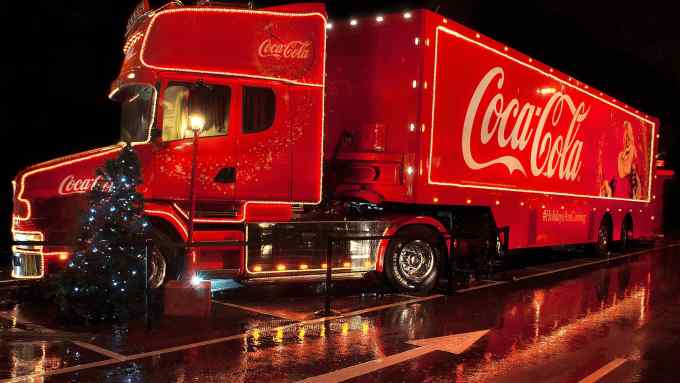