We use cookies (opens in new window) for a number of reasons, such as keeping FT Sites reliable and secure, personalising content and ads, providing social media features and to analyse how our Sites are used.
Manage cookies
Accept & continue
European Union

What is Brexit and why is the EU referendum being held?

Frequently asked questions about the basics of Britain’s EU referendum

Brexit is a shorthand way of referring to a possible British exit from the EU. It is a word that owes something to the term “Grexit”, which has been used for several years to refer to the possibility that Greece might leave the eurozone.

As serious as the Greek debt crisis is, the prospect that one of the EU’s biggest and richest economies would leave the bloc is much more momentous. That is the issue at hand in the UK’s imminent referendum on EU membership.

When is the referendum?

Under law, he had to give a 16-week notice of a referendum. British officials were unenthusiastic about delaying a vote — a summer migration crisis could hurt the image of the EU still further.

Standing outside Number 10 Downing Street on Saturday he told the British people: “The choice is in your hands but my recommendation is clear: I believe Britain will be safer, stronger and better off in a reformed EU.”

What will the referendum question be?

Initially the British government had wanted the question: “Should the UK remain a member of the EU?” But the country’s Electoral Commission, which by law has to be consulted, was unhappy with the phrasing, noting concerns that the question was biased and might encourage people to vote “yes”.

It recommended in September 2015 that the question be amended to: “Should the UK remain a member of the EU or leave the EU”? The government and parliament accepted these changes and this is the question that will be asked.

Why is the referendum being held?

The road to the referendum was a long and tortuous one. In 2006, as leader of the opposition, Mr Cameron gave a “cast iron guarantee” that he would hold a referendum on the EU’s Lisbon treaty — but the Labour government ratified that accord without such a vote.

Mr Cameron became prime minister in 2010 as head of a Conservative-Liberal Democrat coalition and soon had to withstand pressure about a Europe vote from two fronts: from the pro-exit UK Independence party and from restive Eurosceptics in the ranks of his own party. Finally, in 2013, he promised an in/out referendum on EU membership — if the Conservatives won the 2015 election.

When election night came around Mr Cameron did not expect an outright Conservative victory — nor did almost anybody else. But the party secured an absolute majority and the referendum is going ahead.

Some supporters of Brexit say there are deeper-rooted reasons for the referendum: that many British citizens are unhappy with membership of the EU and that the bloc has transformed almost out of recognition since the UK joined in 1973.

What is the European Union?

The EU is one of a kind — a bloc of 28 countries that is not a state but far more than just a free-trading zone. With GDP of more than $18,000bn and a population of more than 500m, it is the biggest economy in the world.

Member states remain the most powerful actors within the EU — with Angela Merkel, German chancellor, the bloc’s most powerful leader. But the union remains an exercise in shared sovereignty, which has long since scrapped national vetoes on many — but far from all — issues. Those limits to national sovereignty are one of the most contentious issues in the British debate.

Why does Brexit matter?

UK politics & policy
Should the UK remain in or leave the EU? 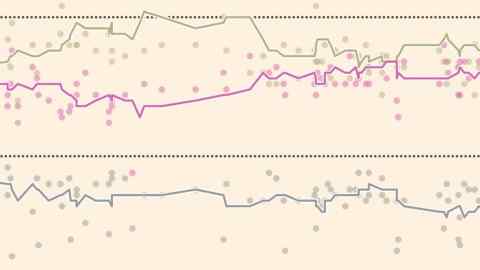 Brexit supporters say leaving would get rid of job-killing regulation and free Britain to decide its own laws and trading partners. Some pro-Europeans worry that exit would weaken both Britain and the EU, with the bloc unravelling at increasing speed.

A vast range of issues would be affected by Brexit — from the £13bn the UK sent Brussels last year, to access to the single market, to the survival of the UK itself if Scotland prefers to stay in the EU. Record levels of EU immigration to the UK are also a huge issue in the vote.

But what the precise effect of Brexit will be remains impossible to say, because of a lack of agreement on what would be the concrete alternative to EU membership.

Possibilities range from Britain becoming a virtual associate member of the bloc — such as Norway, which participates in the single market, pays budget dues and opens its borders to EU workers — to a much more estranged relationship. The sheer scope of this uncertainty about the UK’s future is another reason why the referendum matters so much.

Will I be able to vote?

Is Brexit likely to happen?

A number of pollsters have been tracking public opinion. See the latest polls here