Chinese stocks briefly climbed to an all-time high on optimism for the country’s economic recovery from Covid-19 as traders returned from the lunar new year holiday.

The CSI 300 index of large Shanghai- and Shenzhen-listed stocks jumped as much as 2 per cent to an intraday record of almost 5,931 points in early trading on Thursday as onshore markets reopened following a five-day break.

However, those gains fizzled as the day wore on, with the index later down 0.7 per cent on news that China’s central bank had drained a net Rmb260bn ($40bn) of liquidity from the country’s interbank system.

The CSI 300’s previous peak was 5,885 points in October 2007 in the early days of the global financial crisis. The index, which is up over 10 per cent in 2021, last month eclipsed the high during its stock market bubble in June 2015 that gave way to a 40 per cent crash.

China’s economy, which exceeded its pre-pandemic rate of growth in the final quarter of 2020, has shown signs of strength in recent weeks. The price of goods leaving Chinese factories last month rose year-on-year for the first time since the coronavirus crisis began, while box-office receipts have also recovered.

Data from China’s commerce ministry on Wednesday showed spending on retail and restaurants — areas that have lagged behind the wider recovery — leapt over the lunar new year. Revenues for big companies in these sectors were Rmb821bn ($127.3bn) over the holiday, up 29 per cent year on year.

“The recognition of China’s rebound, role in the global economy and its continued economic strength . . . all of these are feeding into increased interest and inflows to [Chinese stocks],” said Alex Wolf, Asia head of investment strategy at JPMorgan Private Bank.

Wolf said global client interest in Chinese equities had grown substantially, adding that concerns over valuations following a red-hot rally in US stocks were less of a worry in Asia. The CSI 300 was trading at 22 times last 12 months’ earnings, versus 32 times for Wall Street’s S&P 500.

“You’re looking at growth at a reasonable price — you don’t see valuations as stretched in this region, especially in China,” he added.

This year, foreign investors have been net buyers of about Rmb79bn of Chinese stocks through market link-ups between bourses in Shanghai and Shenzhen and Hong Kong. 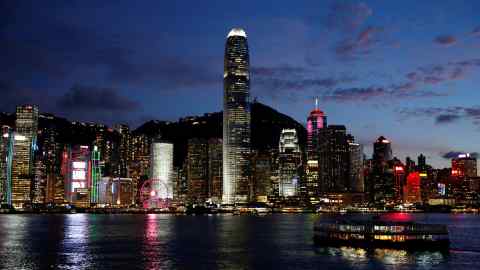 Foreign investors snapped up about Rmb209bn of Chinese stocks through these Stock Connect programmes last year as the country became the first to bring the pandemic largely under control.

Demand for stocks within China has also surged. Margin lending to buy equities has climbed to almost Rmb1.5tn — the highest level since the stock market implosion of 2015, though still well short of an Rmb2.2tn peak reached in June of that year.

Get alerts on Chinese equities when a new story is published