Legal professionals who have shown vision in a world in flux

Judges thought the achievements of the Aequo law firm partner were all the more remarkable in a politically volatile young democracy battling corruption and the predations of Moscow. Until this year’s election of a new president, Ms Babych’s partner was deputy head of the presidential administration in charge of judicial reform.

In the more stable UK, Alastair Morrison was one of the first lawyers to take a stab at slaughtering two sacred cows of western law firms: the billable hour and an exclusive focus on the provision of legal services. The personable Scot helped to make Pinsent Masons into a multidisciplinary firm spanning legal tech and professional services. His revolution was behind the scenes but no less influential in an industry that is still struggling to adopt such changes more widely.

Anna Babych has been on a mission to improve corporate governance in Ukraine. Seen as a leading specialist in mergers and acquisitions, she was instrumental in overhauling outdated laws hastily adopted in the wake of the Soviet Union’s collapse in 1991.

She helped draft a new law on limited and additional liability companies, which was adopted by parliament in February 2018. Welcomed by investors, the new legislation brings Ukraine into line with international standards for corporate governance and shareholder protections.

Ms Babych is the only female head of an M&A and corporate and commercial practice in Ukraine, building it from scratch at the newly established Aequo in 2014. She was also the first Ukrainian lawyer to qualify as a non-practising solicitor in England and Wales, and uses her qualifications to bring best practice to the Ukrainian legal and legal education systems.

A theme of Alastair Morrison’s career has been his capacity to galvanise colleagues to rethink their approach, embrace change and move faster than the competition. He was one of the architects of Masons’ merger with Pinsent Curtis in 2004. As a board member, he has advised on investment strategies to improve the firm’s relevance to clients and build long-term sustainability.

Mr Morrison has pushed his firm to modernise, by forming innovative collaborations with clients and third-party providers. He has led several large initiatives, including the firm’s pioneering full-service “sole supplier” deals with Balfour Beatty and Eon UK.

More recently, Mr Morrison has managed the firm’s push into ancillary advisory services, with the launch of freelance lawyer business Vario and acquisition of diversity and inclusion consultancy Brook Graham, as well as developing SmartDelivery, the firm’s suite of advanced delivery options. Lastly, he recognises the power of creating an inclusive firm that celebrates diversity.

Sharon Daly, partner and head of the London office, Matheson

Sharon Daly has led several strategic transformation initiatives at the firm over the past 25 years. As a disputes lawyer, she has set out to change perceptions that the role of litigators is supportive rather than strategic. Intent on revolutionising how the firm provides services, Ms Daly initiated Matheson’s digital transformation strategy, introducing an ediscovery platform for one of the biggest discovery cases at the time in 2009. She has also guided the firm’s efforts to become paperless, including leading on Ireland’s first paperless trial.

Ms Daly believes that with a combination of technology, legal business analysts, software developers and other professionals from diverse backgrounds, the firm will fundamentally transform its delivery of legal services.

Paul Davies has helped put Latham & Watkins at the forefront for environmental law in Europe and Asia, advising on the environmental aspects of cross-border corporate transactions.

In the evolving field of environmental law, he has recognised the opportunities of working closely with environmental consultancies to promote knowledge-sharing and reciprocal secondments.

As well as developing the firm’s European environment practice, Mr Davies established a significant presence in China, assisting multinationals to comply with evolving environmental regulation. With the US-based non-profit Environmental Law Institute and China’s Policy Research Center for Environment and Economy, Mr Davies launched the China International Business Dialogue on Environmental Governance, as a forum to promote dialogue between multinationals and Chinese policymakers and regulators.

In 2017, Mr Kirby helped build a Land Registry data-feed application called Solaris, and Mischon Maps, which provides a geospatial view of internal and client data on a map.

A corporate lawyer, Matt Meyer was elected chief executive of Taylor Vinters on a mandate for change in 2010. With managing partner Ed Turner, he engaged all staff in defining the firm’s identity and purpose, and put that at the centre of its commercial strategy.

Along with radical moves, such as dropping clients that did not align with the firm’s purpose, Mr Meyer has led the development of programmes that focus on innovative and entrepreneurial people. With that he has helped bring substantial revenue increases to the firm.

Mr Meyer was the architect of Taylor Vinters’ Singapore office and the expansion of the firm’s Asia business. In 2018, he launched Taylor Vinters’ Zebra Project, which brings together board members of purpose-led businesses to discuss the future of work, ethics, diversity and employment structures.

Mr Meyer is a qualified pilot and lectures on a European MBA course on applying flight-deck safety procedures to the boardroom.

Maeve O’Rourke campaigns for justice for those affected over decades by Ireland’s mother-and-baby homes, including the indefinite detention of girls and women in institutions such as the Magdalene Laundries, and the forced adoption system.

In 2010, while taking her master of laws degree at Harvard, Ms O’Rourke began working for advocacy group Justice for Magdalenes. She represented it at the UN Convention against Torture in 2011 and helped establish the facts of the state’s involvement with the Magdalene Laundries. In 2013, the state offered an apology and agreed to a €58m ex gratia redress scheme.

Since 2015, Ms O’Rourke has been a director of the Clann Project, obtaining witness statements to submit to the Mother and Baby Homes Commission of Investigation, and producing a report with recommendations for the commission, the government and international human rights bodies. The Clann Project provided survivors with free legal assistance to give them the opportunity to tell their stories. The witness statements can be kept by the survivors as records and made available publicly with witnesses’ consent.

After joining the firm in 2008, Alejandro Touriño became the youngest managing partner of a top 10 law firm in Spain in 2013, aged 33.

Since then, he has led the expansion of Ecija to 20 offices in 12 countries and has established practices in areas such as public policy, blockchain and fintech.

As head of the firm’s IT practice since 2012, Mr Touriño has expanded the team fourfold and supported the development of services such as Data Forecast, a data privacy prediction tool for legal proceedings, and Anticitera, a document automation tool.

Mr Touriño serves as president of the IT section of the Madrid Bar Association and lectures at IE Law School, the University of Navarra, ICADE business school, Universidad Carlos III de Madrid and Universidad Autónoma de Madrid, among others.

Initiatives led by Mr Touriño include Ecija’s global diversity programme and a partnership with communications consultancy Prodigioso Volcán to produce plain-language contracts for the financial sector.

Having started as a securities lawyer in New York, Tara Waters became a web developer for brands such as Hearst Media and Showtime Networks. She joined Ashurst as a senior associate in 2014 and was made partner in 2018. She is the firm’s expert on distributed ledger technology.

At Ashurst Ms Waters has established a successful global team focused on high-growth and venture capital clients, and was recently named co-chief executive of the firm’s digital ventures group, with responsibility for investing in and developing products for Ashurst Advance, the legal operations division.

Ms Waters has advised clients on cryptocurrency transactions, and is currently providing guidance to Japanese bank Nomura on a joint venture with Ledger and Global Advisors to form a custody provider for institutional investors in cryptocurrency.

Ms Waters believes that innovation requires diversity of experience and thinking. She is an ambassador for the Barclays Techstars fintech accelerator programme, part of a global support network for entrepreneurs.

Richard West seeks to enable his firm’s clients to “use lawyers less” through several new process and product development initiatives. In the past five years, a swath of new instructions have helped lift the firm’s profits by more than 30 per cent.

As head of the firm’s innovations group, Mr West led on the development and global implementation of KLAiM, an online claims tool that serves as a virtual lawyer for clients. He also established a dedicated research and development group charged with product development.

Mr West leads the firm’s liability division, with expertise in catastrophic injury claims, ranging from complex liability to brain and psychiatric injury. He has acted on numerous multimillion-pound claims for clients, all the while pursuing the goal of making the firm’s service offerings “de-lawyer by design”. 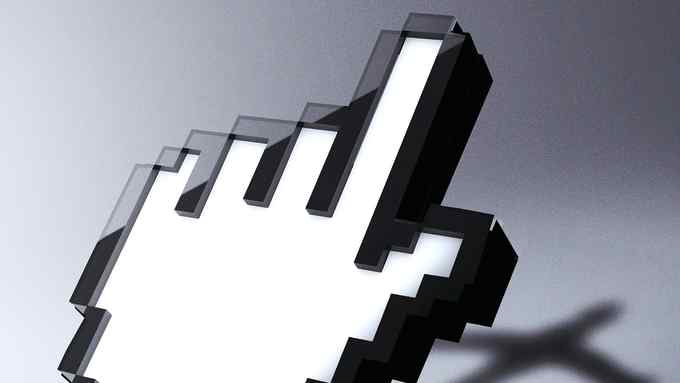