Is corporate innovation less commendable if the innovator is brought in from outside? Our judges were quick to dismiss that idea in voting for Gilbert + Tobin’s Sam Nickless as the most innovative Asia-Pacific individual of 2019.

The former McKinsey consultant is an outsider in more ways than one. He joined the firm as chief operating officer after a 20-year career in non-legal businesses ranging from banking to property. Although admitted to the bar in South Australia, he has never practised law. To promote him to partner in 2017, the law firm, which that same year dominated the Asia-Pacific Innovative Lawyers rankings, had to turn itself into an unincorporated legal practice — an entity that allows for partners who are not legal practitioners.

Mr Nickless’s changes at G+T have ranged from developing cross-functional teams spanning legal project managers and design thinking experts, to elevating operations professionals such as himself to “an offensive weapon in the war for clients”. All of which goes a long way to explaining his plea in his submission for this award that “we . . . never use the term ‘non-lawyer’ ”.

Since his arrival at the firm, he has led a number of initiatives that have established G + T as one of the leading proponents of legal innovation in Australia and beyond. Shortly after joining, for instance, he helped to set up dd<i>, Gilbert + Tobin’s re-engineered mergers and acquisitions due diligence platform.

More recently, he instigated the firm’s investment in start-up LegalVision, a technology-focused alternative legal service provider. His vision and enthusiasm for embracing disruptive change ensured buy-in across the firm, as well as a unique approach to risk management that saw the partnership using an investment trust structure to fund the new venture.

He has also developed initiatives in value-based billing and investments in staff. He takes particular pleasure in spotting talented people who have been overlooked, encouraging the firm’s teams to “lift them up and give them a chance to shine”.

Mr Nickless came to G + T from outside the legal industry. Before joining the firm, he worked in various innovation and strategy roles in business. As a partner at management consultancy McKinsey, he focused on strategy and organisation.

Based in DFDL’s Cambodia office, Canadian Martin Desautels has been instrumental in building the firm’s presence and services in the region, while also tackling the challenges that come with operating a law firm in the Association of Southeast Asian Nations markets.

He led the introduction and roll-out of DFDL’s Regionalisation Programme, which integrated the firm’s offices across the nine jurisdictions in which it operates. His aim was to provide clients with a consistent service, no matter how many offices are instructed for a matter.

In the past year, he has led an extension of the firm’s offering in Cambodia to include bookkeeping and accountancy services, alongside established legal and tax practices. This convergent full-service model was a first for a law firm in Cambodia.

As a young banking lawyer, Paul Jenkins moved from London to Tokyo despite never having set foot in Japan. It was a formative experience that both gave him confidence in his ability to tackle challenges and encouraged him to embrace change. It also influenced his approach when he took over as global managing partner at Ashurst in 2016.

Mr Jenkins has been a strong supporter of change in the legal sector, both by developing what his firm offers and through social impact. He played a key role in the development and roll-out of Ashurst Advance, the firm’s alternative delivery model based on integrated teams of legal analysts, project managers and technologists.

He was the first law firm leader to join Male Champions of Change, a programme for male business leaders to examine how they can improve gender diversity in their businesses. Mr Jenkins has launched a similar initiative at Ashurst called Committed to Change. His leadership style is collaborative and entrepreneurial and has contributed to a culture of innovation at the firm.

Gareth Jolly has combined his legal expertise with a love of programming and an appetite for learning new skills — not often an easy feat in a law firm.

Although Mr Jolly has developed a career in employment law, his working life began as a games programmer in the 1980s while still at school.

As a lawyer with MinterEllison he has worked on proprietary legal technology applications. He started with Chronology Builder, a program that reads key documents and assimilates information on important dates and people, adding details to a database for reference by lawyers working on the matter. More recently, Mr Jolly developed Definition Checker, a drafting app that saves lawyers time and reduces errors in final drafts and executed documents.

In his advisory work, Mr Jolly has acted for several important clients, most notably the Commonwealth Bank of Australia in a landmark decision in 2014. This is considered a breakthrough case in Australia’s employment law, by distinguishing Australian law from English common law precedent.

Posit Laohaphan has built a formidable reputation as a specialist in equity derivatives, equity-linked securities and structured finance in his seven years at Latham, where he set up the firm’s Hong Kong structured derivatives practice.

Mr Laohaphan has been praised for his ability to explain complex structures to gain confidence from regulators as well as investors. His work as a capital markets lawyer requires him to navigate a web of international legal rules and regulations. Mr Laohaphan has structured several first-of-a-kind financial products that enable banks to provide margin loans secured against US-listed American depositary receipts, and allow weighted voting right shareholders to use their shares in transactions without the loss of their voting rights.

He is ranked in this report for his work with PNB Paribas and CLSA, underwriters of $1bn in zero-coupon exchangeable bonds issued by the China Shipbuilding Industry Corporation. The transaction allowed the CSIC to secure offshore funding by monetising its Postal Savings Bank of China shares, while keeping the transaction off the balance sheet.

Chan Ho Lee’s career has focused on the potential for greater economic co-operation between North Korea and South Korea, and ultimately the reunification of the Korean peninsula.

Currently head of inter-Korean co-operation and economic integration at Bae, Kim & Lee, Mr Lee has extensive links with the South Korean government. He has worked for the ministry of unification, where he still serves as an external adviser, and was posted to the South Korean embassies in Germany and the US to study lessons from German unification and the implications of US policy for inter-Korean relations.

His role as assistant director for inter-Korean economic co-operation at the unification ministry included career highlights such as the launch of the Kumgangsan Tourism Project in 2002, when hundreds of South Koreans were allowed to visit North Korea.

Structured finance and derivatives lawyer Bronwen May embraces change and eschews precedent. Esteemed by clients for finding creative answers to complex matters, at times when they may be facing distress or the threat of insolvency, she combines expertise built over 20 years in markets including France, Japan and Hong Kong with a drive for efficiency through automation.

Partnering with clients to improve contracting processes and manage ever-increasing volume, she helped to create a software program, The Art of Smart, which simplifies and speeds up the process for drafting derivatives documentation.

Ms May leads Breaking Barriers, the firm’s female empowerment initiative in the Asia-Pacific region. With seminars led by pioneering women in other fields, it offers a way for female colleagues and clients to hear from women who are leaders in different sectors and to discuss workplace challenges. Ms May is also a champion of agile working, and has instigated schemes such as “work-from-home Thursdays” that are designed to show how it can operate successfully.

In 2015, when Thailand’s fintech and e-payments sector was still in its infancy, Kullarat Phongsathaporn transformed and expanded her firm’s financial regulations and banking team into a multi-faceted practice, all while working as an associate. The new practice has gone on to serve more than 100 clients on more than 250 matters.

Ms Phongsathaporn leads the fintech team. She has played a significant role in the drafting process for new legislation relating to electronic transactions, electronic signature and Bank of Thailand regulations on IT outsourcing and data privacy. By helping the law keep pace with technological developments, Ms Phongsathaporn has contributed to the growth of Thailand’s fintech sector.

She is a regular speaker at academic engagements where she lectures on fintech, anti-money laundering developments, digital laws and the relationship between technology and the law. She has also collaborated with incubator programmes that have a blockchain or fintech focus to drive growth in the sector.

A longtime advocate for establishing Japan as a centre of outstanding international dispute mediation and arbitration, Yoshihiro Takatori saw those efforts come to fruition in 2018.

He led on initiatives to set up the Japan International Mediation Centre in Kyoto, as well as an Osaka-based international arbitration centre, both of which opened last year.

Japan has historically lagged behind Singapore and Hong Kong in offering international arbitration, but Mr Takatori has been working with the government to raise the country’s profile in this area.

One of Japan’s most experienced arbitration and mediation lawyers, he is an innovator in a conservative market.

Mr Takatori is also one of Japan’s foremost specialists on cyber security in the context of litigation and dispute resolution.

As a first mover in this area, the new practice was quickly successful and highly influential among clients and regulators, and established the firm as a leader in Singapore for work in this field. In 2016, it expanded to include a series of data protection and cyber security services for clients, including compliance, data protection outsourcing and data breach response and readiness.

In 2018 Mr Tan launched Rajah & Tann Technologies with Rajesh Sreenivasan, to provide legal technology products to clients outside the constraints of the partnership model. He is recognised as an expert in data protection and cyber security matters, and was recently appointed as an adjunct professor to lecture on privacy and data protection at the National University of Singapore law school. 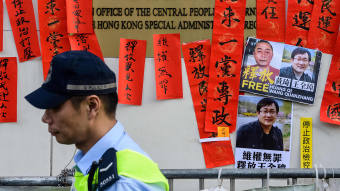