ChinaAMC (HK) has completed its takeover of BMO Global Asset Management’s seven Hong Kong exchange traded funds and plans to use the acquisition to expand its market share in the territory’s HK$1tn ($128.8bn) Mandatory Pension Fund.

Katie He, Hong Kong-based head of product and strategy at ChinaAMC, said the Chinese manager had negotiated a “bargain deal” to take over the BMO’s product offerings in Hong Kong.

“It’s really worth the price for the [business] prospects [they bring],” He said, but declined to reveal the exact terms of the deal.

One person familiar with the matter said that ChinaAMC paid HK$1m to take over the seven Hong Kong-listed ETFs, an amount which mainly covered the transaction costs of the deal.

The $560m in assets held in the seven ETFs will add to ChinaAMC’s total $2.89bn in ETF assets under management across its existing 18 Hong Kong-listed ETF and mutual fund strategies, according to data from Morningstar Direct as of end-April.

ChinaAMC is currently the fifth-largest ETF provider in Hong Kong, with a 6.67 per cent market share in terms of AUM as of end-April. BMO ranked ninth, with 1.3 per cent of the ETF market.

As well as trying to grow assets in the BMO ETFs, ChinaAMC is also planning to diversify its existing ETF product range beyond greater China, citing more demand for less-mainstream ETFs.

Ignites Asia reported in September that BMO GAM planned to withdraw from the Hong Kong ETF market after years of struggling to achieve growth, despite a huge rise in wealth in the territory.

While in theory the acquisition could help boost assets for ChinaAMC in Hong Kong, some BMO funds might be too small to attract institutional investors, said Jackie Choy, Hong Kong-based head of ETF research for Asia at Morningstar.

One of the ETFs has only $7m in assets under management while another has an even smaller $1m. “These would be pretty small and pretty hard to get into the institutional space as well because of the small fund size,” Choy said.

But ChinaAMC, however, said there were good prospects for business growth given that the BMO ETFs are among the 138 approved index-tracking collective investment schemes (Itcis) that are used by the MPF, the territory’s default pooled pension scheme.

“We have a lot of comfort about it, they made a very good strategic decision,” said He.

The fact that the investment exposures of these seven ETFs are not the most widely used or popular in the MPF could limit their usage.

“The purchase does give them exposure into MPF through the fact that the funds are approved Itcis, but they are also exposures into non-core areas of [the] MPF,” said Francis Chung, Hong Kong-based founder of MPF Ratings.

Other Itcis also cover some of the same markets as BMO GAM’s ETFs. BlackRock, for instance, has at least a dozen iShares ETFs dedicated to investing in single countries across the globe, some of which have the same exposure as the ones ChinaAMC has now acquired.

ChinaAMC declined to reveal which MPF trustees are currently using the ETFs that it and BMO GAM manage.

Daniel Mak, Hong Kong-based vice-president of business development for ChinaAMC, said the BMO Nasdaq 100 ETF had seen “substantial growth” over the past month, which could suggest some MPF inflows have been directed into it.

ChinaAMC said it would not change the investment scope or operation of the seven BMO ETFs, which was a “premise” of the deal.

It was “less complicated” to make this acquisition of new ETFs compared with developing a similar range of products, according to ChinaAMC’s Mak.

Striking the deal means ChinaAMC had immediate access to BMO GAM’s ETF clients so the manager can also conduct “cross-sales” among different client bases, he added. 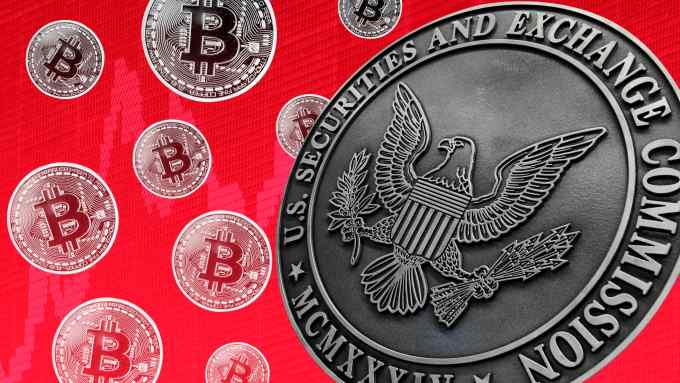