Since the first treatment for gonorrhoea became widely available in the 1930s, the bacteria has built up resistance to seven types of antibiotics, rendering them all almost completely useless.

Only one treatment course remains for the sexually transmitted infection, which can be traced back to the earliest records of human history and generated 82mn cases globally in 2020, according to World Health Organization data.

But in recent years, gonorrhoea “superbugs”, which have developed resistance to even the last-line treatment, have started to emerge. Public health officials fear an entirely untreatable version of gonorrhoea may not be far off, unless antibiotic use is more carefully monitored and the pipeline for future treatments is further developed.

Dr Teodora Wi, a WHO medical officer specialising in STIs, says that until more controlled use of antibiotics and more widely available diagnostic tests can slow drug-resistant gonorrhoea, a strain that can entirely evade remaining treatment options is “inevitable”.

She adds that “the world must prepare urgently for the moment” when ceftriaxone — an injected antibiotic — is “no longer effective”.

“Gonorrhoea has been around since the Bible, it will work out a way to survive,” says Wi.

Of the three most common bacterial STIs — gonorrhoea, chlamydia and syphilis — gonorrhoea has shown the greatest ability to evolve resistance. It carries a low risk of death but causes pain and inflammation. When untreated, it can raise the risk of miscarriage and fertility problems.

Doctors are running out of potential treatments. Health authorities in the UK and US no longer recommend that ceftriaxone is combined with azithromycin, because of increasing resistance to the latter drug. The recommended dose of ceftriaxone has doubled from 500mg to 1g in the UK and from 250mg to 500mg in the US.

“Our ceftriaxone-resistant cases are rare but they are treatable, especially if you’ve got resistance testing to know what they [the infections] might still be susceptible to,” explains Katy Sinka, STI section head at the UK Health Security Agency.

Resistance, or antibiotic susceptibility, testing is where samples from a patient are analysed to see which drugs might work.

“Super-gonorrhoea is something rarer still and much harder to treat and something very much of concern,” adds Sinka, referring to infections that do not respond to any of the usual treatments.

In 2018, a case of “super-gonorrhoea” was also identified in the UK. Resistance testing eventually found another treatment, ertapenem. However, that drug, administered intravenously, is a potent “broad-spectrum” antibiotic that targets many different pathogens. Widespread use of it could therefore worsen drug resistance generally.

There are two options to combat strains resistant to antibiotics: redeploying other antibiotics for use against gonorrhoea or developing new drugs. Gentamicin, in combination with azithromycin, has been investigated by the US Centers for Disease Control and Prevention as a possible treatment for patients who do not respond to conventional therapies.

But Robert Nicholas, a biomedical researcher at the University of North Carolina, says this would merely serve as a “stop-gap until new antibiotics are developed”.

There are just two promising treatments in development: zoliflodacin, which was funded in part by the UK government and developed by the non-profit Global Antibiotic Research and Development Partnership, and gepotidacin, a drug developed by the pharmaceutical company GSK.

GARDP is recruiting nearly 1,000 patients for a late-stage trial set to begin next year — work that has been hampered by the coronavirus pandemic. “Initially, we were thinking they [the drugs] will be out by 2024 but, because of Covid, clinical trials have been delayed,” says Seamus O’Brien, director of research and development at GARDP.

“A nightmare scenario would be that, before the trials are complete, our last-line antibiotic stops working,” he adds.

Science essentially has to play a game of “whack-a-mole”, says Nicholas. “It’s a difficult problem as [gonorrhoea] is a remarkably malleable bacteria.

“A lot of people in the field feel like a vaccine would be our best hope for long-term control,” Nicholas adds. “But it’s very difficult and it’s very early stages and there’s nothing close yet.”

A 2017 Chatham House report concluded that a gonorrhoea vaccine would be helpful because of the poor antibiotic pipeline.

Despite this view, Kenneth Keiler, professor of biochemistry and molecular biology at Penn State University, says an increase in resistant strains may force policymakers and drug companies to speed up research for new antibiotics.

“The most likely case is there are going to be infections that can’t be treated, and that’s going to drive up the cost of new drugs, and that, in turn, is going to increase the interest in pharmaceutical companies in pursuing new antibiotics,” suggests Keiler.

“It doesn’t look like there’s anything that’s going to drive new research and development of antibiotics until we reach a scary point.” 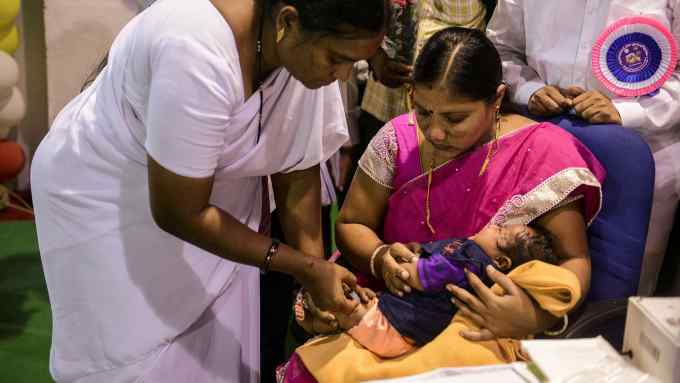