Piyush Goyal picks up his smartphone, opens an app and declares the precise number of villages in India without reliable access to electricity: 4,061.

When he became Indian minister for power in 2014, he says, the number was over 18,000. Mr Goyal is aiming for the whole country to have round-the-clock access to electricity by 2019 — three years ahead of an official government timetable.

“My prime minister is focused on speed and scale,” he says in an interview, referring to Indian leader Narendra Modi. “He doesn’t like small targets.”

For anyone concerned with raising living standards in the world’s second most populous nation, this rapid progress in tackling Indian energy poverty is an indisputably good thing. But it begs an important question with implications for global efforts to tackle climate change: where is the extra electricity coming from?

Until recently, the answer was overwhelmingly coal, which accounts for about 60 per cent of Indian power generation. Coal capacity has almost tripled in the past decade to 192GW and a further 65GW is under construction.

The fastest growth, however, is coming from renewables. Significant amounts of hydro and wind generation have already pushed the share of green energy to about 30 per cent. This is now being supplemented by rapid expansion in solar power.

A landmark was reached this May when an auction to supply 500MW of new solar capacity at a 10,000 hectare facility on the edge of the Thar desert secured a record low price of Rs2.44 ($0.04) per kilowatt-hour — down two-thirds from three years ago and, for the first time, cheaper than coal-fired generation.

Plummeting costs have spurred forecasts that Indian solar capacity could double this year to 18GW, which would be more than six times greater than when Mr Modi’s government took power three years ago.

We’re fully committed [to curbing emissions’ growth] . . . irrespective of what anyone else does

Mr Goyal says the solar surge demonstrates Indian commitment to curbing growth in its carbon emissions under the Paris climate agreement, regardless of whether President Donald Trump carries out his threat to withdraw the US from the deal.

“We’re fully committed . . . irrespective of what anyone else does,” he says. “It’s prime minister Modi’s commitment and his government’s commitment — not because someone else is telling us to do it but because we believe in it.”

India is planning to install 225GW of renewables by 2022. This puts the country on course for green energy to account for as much as 57 per cent of electricity capacity by 2027, well ahead of its Paris target of 40 per cent by 2030.

Mr Goyal plans a big push for electric vehicles and battery storage as a way to tackle not only carbon emissions but also severe air pollution in Indian cities.

Although not official government policy, he has declared that he wants all new cars sold in India in 2030 to be electric.

“Not even 15-20 per cent of the cars that will be on the road in 2030 have been sold today,” he says. “We’re going to have first-time vehicle owners in huge numbers. Imagine if those first-time owners can get electric cars which are cheaper to operate than a petrol car.”

As well as the environmental benefits, Mr Goyal sees an industrial opportunity. “I’m not going to wait for America or Britain to go electric,” he says. “We will lead the world . . . I want India to be a manufacturing base for batteries. You can get volumes [in India] that you don’t get anywhere else.”

I cannot tell my country, ‘guys, it’s 6pm in the evening, shut everything down because the solar has gone off’

Mr Goyal cites an example of India’s ability to exploit its huge market in support of green goals. A scheme to encourage use of efficient LED lightbulbs harnessed the government’s buying power to make them available to the public at discount prices. As a result, the price of LEDs has fallen by 85 per cent in two years and hundreds of millions of energy-saving bulbs have been sold, reducing peak electricity demand and cutting carbon dioxide emissions by 80m tonnes a year.

Mr Goyal’s faith in market incentives as a policy tool reflects his background as an investment banker and chartered accountant. But the 52 year-old says there is a limit to how far and fast India’s economy can move beyond fossil fuels.

He makes no apology for India’s continued investment in new coal plants, arguing that only with a foundation of reliable thermal power can the country absorb large amounts of sporadic renewable generation.

“Every country needs a baseload,” he says. “I cannot tell my country, ‘guys, it’s 6pm in the evening, shut everything down because the solar has gone off’.”

The coal plants being built are more efficient and therefore less polluting than older power stations. Mr Goyal argues that this shift towards “cleaner” coal will make a bigger impact on Indian emissions than all its renewables combined.

“Thirty per cent of our people are living in poverty,” he says. “I cannot tell them: British people have benefited from coal-based power for 200 years and have spewed all that carbon up there and now India will pay three times the cost.” 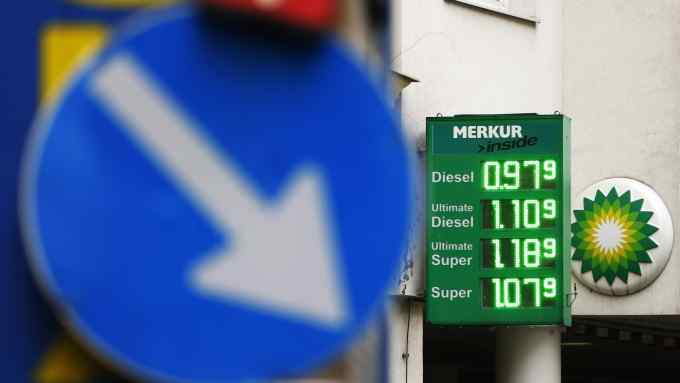