Diversity and inclusion was ‘a nice to have’, but now it is ‘business critical’. Plus: case studies on people, talent and skills

America’s top law firms have for years struggled to increase their numbers of African American colleagues, especially in the upper ranks. Their lack of progress, say some lawyers, is a palpable threat to their success.

The prospect that lack of diversity is becoming a strategic risk was demonstrated to law firm Orrick in 2019, says Duane Hughes, the firm’s New York-based managing director for inclusion and client relationships. At a court hearing for a securities litigation, a judge noted in passing that the opposing counsel brought an all-white team to a courtroom composed largely of people of colour.

“The judge made a comment and it was really received by both sets of counsel,” Mr Hughes says. That moment helped crystallise for Orrick the urgency needed to tackle diversity, both for equity’s sake but also for its importance to business survival.

Like other organisations, law firms re-evaluated their diversity, equality, and inclusion efforts after the killings of Ahmaud Arbery, Breonna Taylor and George Floyd sparked a racial reckoning in the US and renewed calls for action from staff and clients.

The numbers of black people in law firms generally, let alone at a senior level, are certainly low. Fewer than 5 per cent of associates at leading firms in 2018 identified as black or African American, according to the National Association for Law Placement, while black people make up 12 per cent of the overall US workforce. Their representation in corporate law has been largely stagnant for a decade, but their numbers in 2018 were lower than in 2009. In both years, the proportion of black partners was even lower.

Law
Lawyers on the front line of defending voting rights 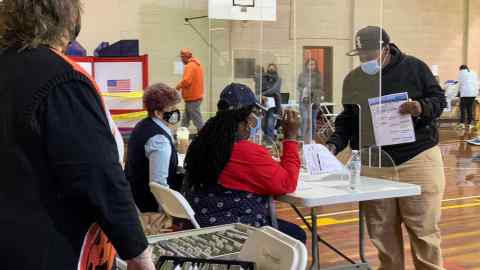 “Historically law firms have cared very little about race, and their structures replicate the kind of white privilege and racial stratification that exists in other systems in the US,” says Anthony Thompson, a professor of law at New York University and founder of the faculty’s Center on Race, Inequality and the Law.

“The way they assign cases . . . to associates, the lack of partners of colour, the explicit and implicit bias that [permeates] law firm culture, and the lack of public transparency and accountability all contribute to an industry that has essentially had a complete absence of black influence.”

Since Floyd’s death in particular, some firms are recognising that competency in addressing diversity and inclusion challenges is a necessity, says Bendita Cynthia Malakia, global head of diversity and inclusion at law firm Hogan Lovells. “What people realised is that diversity is not a ‘nice to have’, it’s business critical,” she says. Adding a fully funded diversity team can help a firm recruit and retain top talent, in addition to advising other executives on how to make their teams more equitable, she says.

Conversations on race have long been a challenge at large firms that traditionally have stayed out of social justice movements, even while individual lawyers have taken on issue-based cases. Reluctance to take a stand was among the first challenges Ms Malakia faced when she took up her post just weeks before Floyd’s killing in May reignited the profession’s reckoning about diversity.

Legal services
Cool heads prove their worth in a crisis 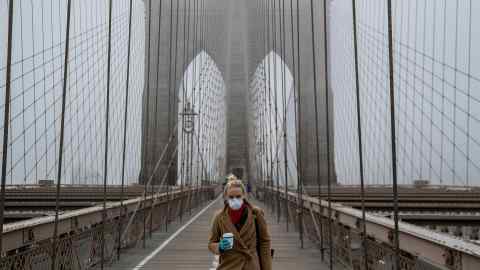 “Law firms engaged the traditional corporate playbook in that they created task forces, they had programmes, they contributed to the NAACP [National Association for the Advancement of Colored People] legal defence fund and the Equal Justice Initiative and then kind of went back to business as usual,” Prof Thompson says.

But the public outcry over the deaths and wider racial injustice also galvanised some to re-evaluate older and more senior partners’ hesitancy about speaking out and younger partners’ demands to embrace inclusion work, says Ms Malakia.

“There was a remarkable turnround and the conversation was multi-faceted,” she says. “It’s brought on an issue we’ve seen with respect to generational diversity, about what we should comment on as legal organisations, because we represent all sorts of people. People like to view us as neutral and not having positions.”

Citing the 2010 Citizens United judgment in the Supreme Court, which said corporations have a right to “free speech”, Ms Malakia argues that law firms have a right to express opinions and that doing so is essential to staying competitive, both at career fairs and in the courtroom.

Prospective new recruits and potential clients are increasingly curious about diversity and inclusion efforts, say law firms. At Orrick, clients have been asking about the racial make-up of the teams of lawyers assigned to them, often requesting they include people of colour. Clients want a diverse team, says Siobhan Handley, chief talent officer. As well as the “moral imperative”, she adds, “they’re saying ‘we’re not going to miss perspectives that could be really thoughtful and helpful’.”

Hogan Lovells pledged in October to have 15 per cent of its partners from minority ethnic backgrounds by 2025, in addition to 4 per cent LGBT+. The firm also set up a diversity consulting service for clients.

Orrick set up initiatives that allow its lawyers to take year-long fellowships at civil rights, criminal justice or economic equity organisations, and has collaborated with four other firms on a project to share research. Their work won accolades, but the attention Mr Hughes most wants to attract is that of law students. “If you’re not competitive in that space you’re at a disadvantage at getting the best talent,” he says. “A lot of those law students have a hard time differentiating one law firm versus another.”

What is most attractive to Prof Thompson’s students is seeing other people of colour as partners, he says, because it reassures them there is potential to advance their careers at the firm. He would like to see firms reworking case assignment and promotion procedures for greater transparency, which he believes would be more valuable to black associates than public statements or task forces.

Even with renewed motivation, all agree the legal profession is still in the foothills of what needs to be done to achieve racial equity. “We know we’re up against a challenge,” Mr Hughes says. “As much as we sort of feel good about ourselves, we’re not satisfied.”

Researched and compiled by RSG Consulting. ‘Winner’ in “Rethinking the workplace” indicates the organisation has won an FT Innovative Lawyers 2020 award; other firms are listed alphabetically